Apple’s WWDC: What the analysts are saying 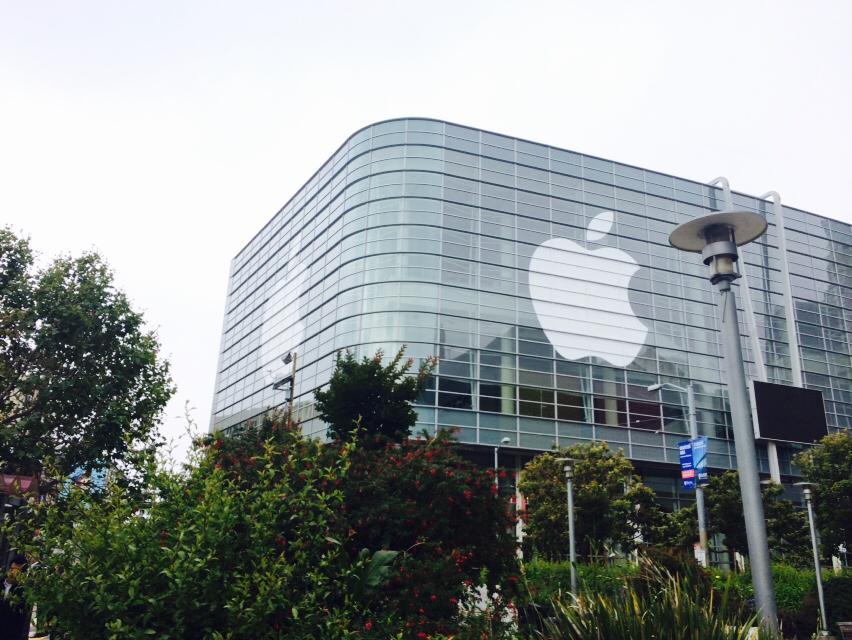 They had a lot to digest. Without any new Apple (AAPL) hardware to talk about, the analysts who tuned into the company’s World Wide Developers Conference Monday had to wrestle with the arcana of a new programming language, two updated operating systems and 4,000 new APIs (application programming interfaces).

But by Monday evening, their notes to clients had started to drift in. By Tuesday morning, most of the key analysts had weighed in.

Bill Shope, Goldman Sachs: Expanding the breadth of the platform. “We were encouraged by Monday’s platform enhancements, though acknowledge that some investors may have been disappointed by the lack of a surprise hardware launch… The key for Apple is long-term platform enhancements, of which we saw many today. While SW-based upgrades may not serve to directly boost the company’s near-term earnings power in a meaningful way, they are crucial for driving switching costs and installed base expansion over time, and this is what will determine if Apple’s cash flow can remain robust and substantially increase from current levels. Monday’s event was a significant positive development in this respect. In particular, we were most encouraged with HealthKit, HomeKit, and 3rd-party API support for Touch ID. Rating: Buy. Price target: $720.

Kulbinder Garcha, Credit Suisse:  Furthering the compute advantage. “Apple continues to demonstrate how its integration between hardware, software and services across iPhone, iPad and Macs creates a sustainable differentiating advantage versus rival platforms, and effectively enables an up leveling of the OS to the “cloud.” This creates a virtuous circle for each of its business lines, high levels of usage and differentiation and allows more devices to be plugged into the platform.” Neutral. Raises price target to $600.

Katy Huberty, Morgan Stanley: Developer Conference Keynote Hints at Services Opportunities. “Unlike past years, Apple did not introduce new hardware at WWDC though it introduced several products that position Apple to be the central platform in the upcoming Internet of Things computing cycle. Apple introduced Health, an app that gathers health data from multiple third-party apps and accessories to allow users to better monitor their health, and HomeKit, a common protocol that connects iPhones/iPads to third-party smart home devices. Apple also opened its Touch ID technology to third-party apps, allowing those apps to authenticate users through their fingerprints. We believe these products lay the groundwork for Apple to announce its own health-focused products, such as an iWatch, or mobile payment services using fingerprint authentication in the future.” Overweight. $690.

Rod Hall, J.P. Morgan: OSX and iOS get closer, Myriad API and feature additions. “Apple rolled out so many new APIs and platform enhancements at WWDC that it is difficult to summarize them in a short note. The emergence of Handoff and iCloud Drive point, in our opinion, to an eventual platform merger (our iAnywhere concept), which would allow an iPad to function as both a Macbook and a tablet device. Seamless phone calling, SMS messaging, and document handoff should all increase platform lock-in for Apple, in our opinion. Enhanced and less expensive storage via iCloud Drive also allow for smoother extension of device level storage to the cloud. Economically we believe the announcements are likely to increase Apple’s lock-in but we see little impact to our shorter-term earnings forecasts.” Overweight. $625.

Steven Milunovich, UBS: Giving customers more reason to live in the Apple ecosystem. “Although the Wall Street view is that smartphones are mature, there is plenty of innovation left in their use. When technologies are new, integration is key to user acceptance. Tim Cook underscored that Apple engineers platforms, services, and devices together, its primary competitive advantage. The iPhone increasingly acts as a digital hub, as with the HomeKit platform. We expect the Health app that collects and passes along vitals to caregiving professionals will be linked to a wearable measuring device given the fashion and healthcare experts Apple has been hiring.” Buy. $700.

Avi Silver, CLSA: Services pieces coming together. “Despite the reduced importance of WWDC over the years, the pre-WWDC rally and post-WWDC selloff still seem to be an annual ritual from the pre- 2010 days when Apple launched flagship products at this event. Still, we believe some of the announcements, while perhaps not surprising, may serve as indicators for where Apple is headed on services, product, partnering and integration. In this context, we view the most important announcements to be 1) opening up Touch ID as a precursor for a broader mobile payments and commerce platform, 2) Health application and HealthKit as important first steps ahead of a wearable device launch in C2H, and 3) HomeKit as another important platform extension for iOS in home automation. Interestingly, we find more evidence that Apple is becoming more open in its approach to third-party applications and partnerships – eg, allowing external keyboards, CloudKit, Touch ID API, camera API, partnering for HomeKit, and app integration into Apple’s new Health app. Finally, the increased convergence between iOS and Mac OS is becoming more apparent.” Buy. $695.

Amit Daryanani, RBC: Is AAPL Putting GOOG In The Cross Hairs? “APPL announced several updates to their OS X and iOS, though neither were as revolutionary as the updates in 2013. But we do think the several features announced (spotlight, HealthKit, maildrop, etc.) will further embed iOS into the user ecosystem and increase the stickiness of its offerings. We further think HealthKit and HomeKit API’s could be the building blocks for an iWatch and a connected home solution down the road. Finally there was a sense of AAPL further alienating GOOG/Android from its ecosystem – using BING to run spotlight/search natively on OSX and iOS, Swift as a new programming software to ensure Apps aren’t as easily portable and highlighting the security features of iOS devices. Outperform. $675.

Ben Schachter, Macquarie: Disappointing Event, Though Big Picture is Clear. “While we did not expect major new product initiatives, the mostly incremental improvements announced were underwhelming. No new hardware was announced (as expected), and the press reports about new healthcare and home automation products proved to be too aggressive in our view as the new initiatives were very modest. The day did provide more meaningful updates for the developer community as new, more powerful tools and services were announced that should lead to better apps and services for consumers, but these will take time to work their way through the ecosystem. The bottom line is that Tim Cook and Apple clearly remain focused on having an OS, devices, and services that work seamlessly across the ecosystem to create the best possible user experience. Unfortunately, we did not learn much at WWDC that helps us better understand Apple’s true long-term competitive positioning in the great ecosystem battle that is to come. Outperform. $665.

Scott Craig, Merrill Lynch: Announcements in line with expectations. “Following last year’s significant makeover in iOS 7, the changes in iOS 8 were more subtle. Some of the new features include widgets, interactive notifications, improved predictive typing, better group messaging etc. Apple’s OS X also received an upgrade with the unveiling of Yosemite. As expected, the interface was redesigned to look more similar to iOS 8. Several new/updated features of OS X Yosemite include upgraded “spotlight” search feature, Continuity which improves the integration of different Apple devices, and the ability to make and receive phone calls from Macs even to non-Apple devices, among others.” Neutral. $650.

William Power, Baird. Software Enhancements in Focus. “A big push of OS X Yosemite is improving the continuity of work and play between Macs and iOS devices. For instance, HandOff allows an iOS users to begin typing and email or editing a document on an iOS device and seamlessly finish on a mac. With Yosemite, AirDrop now works between iOS and Macs. If an iOS device is nearby, a Mac will automatically suggest and create a hotspot from that device if a users desires. Finally, if an iOS device is nearby, users will be able to send and receive SMS and telephone calls on their Mac. Outperform. $665.

Maynard Um, Wells Fargo: Mostly incremental announcements though with some promise. “Relative to the expectations going into WWDC, the event, to us, was a slight disappointment given the lack of any new hardware announcements and a cursory address of the home automation capabilities (there was much more media attention relative to the short portion of presentation dedicated to this)… Key new apps include the HealthKit, which integrates with 3rd party apps to track health information (highlighted Nike and Mayo Clinic app), and HomeKit, which provides home automation capabilities (working with several home products companies). While we applaud the open ecosystem approach, we believe there are still some limitations to widespread adoption given the high cost of products (Hue bulbs: $59.97/each; Nest Thermostat: $249/each), which we believe doesn’t do much to drive incremental developed market penetration today.” Market weight. Valuation Range: $595.00 to $640.00.

Keith Bachman, BMO: Software Focus and Integration. “We think the overall theme was the increased integration between OS X and iOS platforms. Apple redesigned the Mac OS X (Yosemite) with translucent materials, similar to the iOS 7 that launched last year. Moreover, the new feature, Continuity, allows improved interaction between Macs and iOS devices, such that users are able to make and receive phone calls from a Mac by using the iPhone network connection. Further, many of Apple’s features work together on the software platforms, and users are able to shift apps between Macs and iOS devices… Net, we think some of the features that enhance the interactivity among Apple products appear impressive. We don’t think consumers are using iCloud in a meaningful way at present, so as Apple adds features that improve the integration between various devices, we believe this creates a meaningful competitive advantage for Apple.” Outperform. $610.

Ben Reitzes, Barclays: WWDC 2014 about Software & Developers. “Probably the most significant announcements today were actually not for Apple customers, but for Apple developers. The company announced Swift, a new programming language that replaces Objective-C and works better with the A7 processor. If the announcement of Swift can help Apple’s community get apps to market faster on iOS than Android, we believe it could be an important competitive advantage for Apple’s ecosystem over the next few years. Since today’s event was only about software, Apple seems to be waiting for a major hardware-centric release event in late summer to unveil the two new iPhone 6 models and some innovations in payments. Apple could have even another event by Thanksgiving to release the new iWatch, as well as iPads, Macs & Apple TV enhancements.” Equal weight. $655.

Gene  Munster, Piper Jaffray: Apple Pushing Unified Interfaces; Not Monetizing Today. “We believe a theme to watch longer-term is Apple’s seemingly growing interest in organizing the overall technology interface users encounter as the number of connected devices grows. Two examples, HealthKit and HomeKit, could potentially replace the disparate apps consumers use today to manage multiple connected devices in each respective category. Beyond health and home, we believe the living room remains another area that could use a unified interface. In terms of monetizing its creation of unified interfaces, we do not expect Apple to charge partners today to integrate into HealthKit and HomeKit. However, over time we believe there may be an opportunity to tax these unified interface partners as consumer adoption increases.” Overweight. $732.

Brian Marshall, ISI: Ecosystem getting “stickier.” Inline with our expectations, AAPL did not use WWDC 2014 as a launchpad for new product introductions but focused on new software/developer updates. In our view, creating greater “stickiness” to the iOS platform (relative to Android) is nearly as important as releasing compelling hardware features (e.g., larger display) as it is much easier to make up lost ground in the latter than in the former. We believe AAPL continues with success in this arena highlighted by many new SDK offerings such as HealthKit, HomeKit, CloudKit, new programming language called Swift, etc. Maintain BUY rating and $675 PT as we await the “mother lode of all Apple upgrade cycles” in 2H14 with the large canvas iPhone 6.”  Buy. $675.