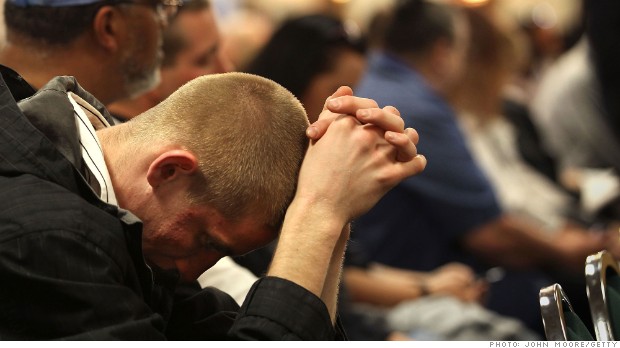 On Saturday, the prospects of America’s long-term unemployed will look even dimmer than they do today.

May 31 will mark the expiration of the measure to renew emergency unemployment compensation from January through June that the Senate passed with bipartisan support early last month. The House has left the legislation for dead ever since.

The importance of the date is more symbolic than technical: The House could still hold a vote and pass the legislation after Saturday, making all of its benefits retroactive. (Regardless, the long-term unemployed will again be without a safety net come Sunday.) More notable is the House’s staunch, almost indifferent inaction on the bill and the issue’s dwindling political relevancy.

Will long-term unemployment insurance get another chance?

House Speaker John Boehner’s answer to that question: Not anytime soon. “The speaker laid out the criteria for considering another extension in December,” Michael Steel, spokesman for Boehner said on Thursday. The speaker and other House Republicans wanted the bill to include a plan for the creation of private-sector jobs. “The ball is in the Administration’s court and it hasn’t come up with a plan to meet our requirements.”

And as the unemployment rate continues to improve, breaking the gridlock on long-term jobless benefits will become even less of a political priority. During recessions, Congress grants the long-term unemployed extra weeks of federally funded benefits that go beyond the 26 weeks of compensation that states supply. So, as the unemployment rate continues to drop — it was 6.7% in December when the long-term benefits expired and stood at 6.3% last month — the case for renewing long-term jobless benefits becomes harder to make. When unemployment hit a five-year low of 7% in November, Speaker Boehner said that the positive report “should discourage calls for more emergency government ‘stimulus.’”

But advocates for the long-term unemployed say there’s still an urgent need for government assistance. In April, nearly 3.5 million Americans had been unemployed for more than 27 weeks — that amounts to 35% of all jobless Americans. That rate is down from a peak of 45.5% in April 2010, but it is still a near-record high. And people who have been out of work for that long face even tougher odds of finding jobs again. Someone unemployed for eight months has a job application callback rate of 4%, compared to the 7% rate of someone who’s been jobless for one month.

“There’s this fissure in the labor market between people who can and do find jobs rather quickly after a layoff and those who don’t,” Mitchell Hirsch of the National Employment Law Project told Fortune. “The longer they struggle to find work, the tougher it is to convince employers to consider them for a job.”

Extending benefits to the long-term unemployed would increase these Americans’ spending on consumer goods and services, according to the Congressional Budget Office, which examined the consequences of extending these benefits in December. As a result of such an increased demand for goods and services, businesses would boost production and hire more workers. That, in turn, would increase inflation-adjusted GDP by 0.2% and increase full-time equivalent employment by 200,000 people by the fourth quarter of 2014, the CBO found.

Extending unemployment benefits comes with a potential downside, the CBO warned. Recipients might not search as hard for a new job. But last week, FiveThirtyEight reported that cutting off benefits doesn’t necessarily encourage these unemployed workers to get moving: “The end of extended benefits hasn’t spurred the unemployed back to work; if anything, it has pushed them out of the labor force altogether.”

Congressional Democrats could always tack the extension of long-term unemployment benefits onto what Republicans would consider a must-pass measure, such as funding for the nation’s transportation projects, which is up for renewal in July. No matter what happens from Saturday on, May 31 is important, Hirsch says, because the House had the chance to help the long-term unemployed for the preceding five months “and chose not to.”