The quotations of Apple’s Jimmy Iovine 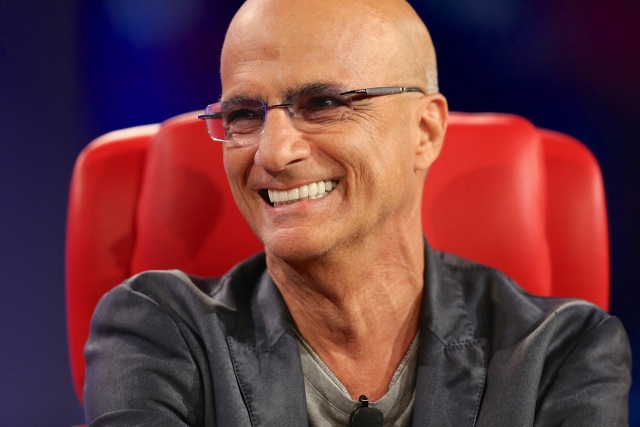 Eddy Cue’s boast that Apple (AAPL) later this year will have “the best product pipeline” he’s seen in 25 years is getting a lot of attention. But for my money the star of Wednesday’s Code conference was Jimmy Iovine, the veteran music producer acquired in a $3 billion deal that Apple had announced just a few hours earlier.

You can see a few minutes of Cue’s and Iovine’s joint interview with re/code’s Walt Mossberg and Kara Swisher here and here, but the most complete version for now is Peter Kafka’s live blog.

Iovine, you will soon discover, speaks in aphorisms. I’ve collected few gems from the Kafka transcript:

On intellectual property: In consumer electronics, you copy what someone does something successful. In music, that’s embarrassing.

On why he sold Beats: The music business is the ghetto of entertainment. And we wanted to move to a better neighborhood. So we sold to Apple.

On iteration: From what I understand in the tech business, you get to try something out for awhile before you figure out if it works.

On what Apple brings to the party: Who doesn’t want a product made by Apple?

On the business model: We’ll work on the model. We don’t know the exact model yet, but we need to put steroids into this thing.

On Apple without Steve Jobs: Any team that loses its point guard needs to change its offense a little bit.

On why he sold to HTC first, and not Apple: Are you kidding? I asked these guys forever! These guys make deals like they make products. (Makes painstaking wrenching motion.)