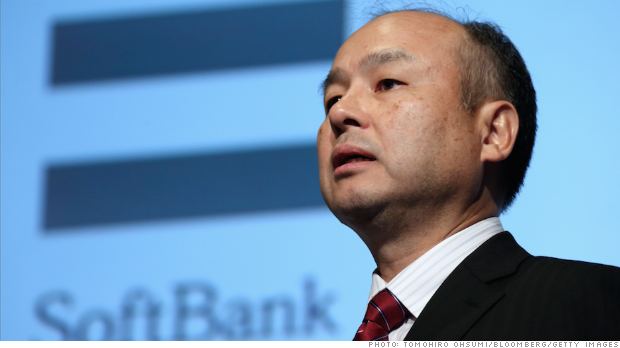 Masayoshi Son, chairman of the Japanese firm that controls telecom company Sprint Corp. (S), has made the argument that his firm’s potential purchase of rival T-Mobile US Inc. (TMUS) would actually increase competition rather than lessen it — if, that is, you consider Internet access as the main arena of competition.

Some antitrust regulators have frowned on the idea of the merger because it would mean that there are only three national wireless providers in the U.S., according to a report in the Wall Street Journal.

“Right now, there are three big players out there, and they are getting even bigger,” said Son, according to the Journal report. “If anyone says four is better than three, I agree with that. We should be the No. 4.”

Sprint has yet to make an official bid for T-Mobile, but it has been clear that both companies would like to make a deal.