What’s next for Apple’s ad man? 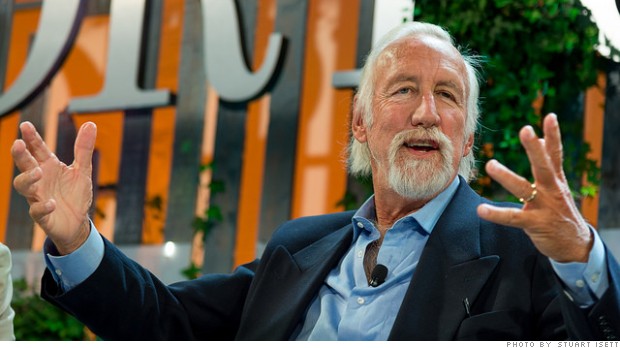 FORTUNE — Lee Clow is one of the brains behind Apple’s 1984 and Think Different campaigns — easily considered masterpieces of advertising that helped solidify Apple (AAPL) as an iconic brand.

For his next project, Clow, now chairman of TBWA/Media Arts Lab isn’t hawking a computer — he’s not even pitching a product. He’s selling a principle: nature conservation.

In September 2014, with Clow’s help, the environmental non-profit Conservation International will launch its “Nature is Speaking” TV ad campaign aimed at drawing attention to climate change and humans’ dependence on the natural world.

“The environmental movement has missed the mark with our impenetrable language,” Peter Seligmann, chairman and CEO of Conservation International, said at Fortune Brainstorm Green. But at its core, the movement’s message is simple: humans needs nature to thrive.

The campaign’s objective is to communicate that point. It will do so with a series of ads told from nature’s point of view with narration from celebrities playing different roles in nature.

In the ad Conservation International screened at Brainstorm Green, Harrison Ford was the voice of the ocean. “I am the ocean. I’m water. I’m most of this planet. I shaped it,” the ad said, as videos of the sea flashed on screen. “I give. [Humans] take, but I can always take back. I’m only going to say this once. If nature isn’t kept healthy they won’t survive. I covered this planet once. I can do it again.”

Hollywood stars have already signed up for other ads in the series too. Kevin Spacey is the voice of the rainforest. Penelope Cruz will play the role of water, and Ed Norton will give voice to soil.

“Up until now the whole conversation about conservation has gotten into this contentious political place,” Clow said. “By not using fear and catastrophe and [giving] a more beautiful voice to the conversation, maybe people