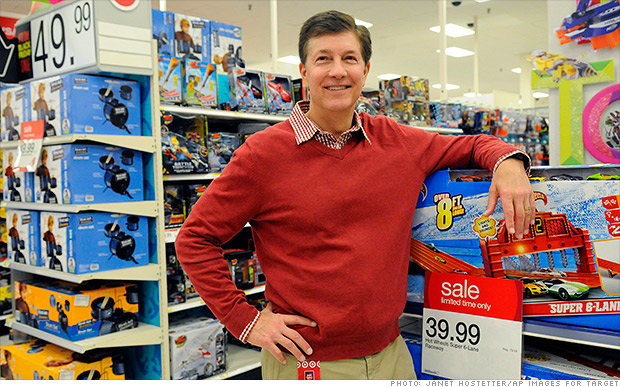 FORTUNE — Before firing Gregg Steinhafel as CEO earlier this month, Target’s board cut his pay and slashed his severance package. He would only get $15.9 million as a golden handshake, or so said a recent regulatory filing. It looked like a victory for investor activists, a real reduction in excessive CEO pay. But it wasn’t really.

In fact, while $15.9 million represents extra pay from his termination as CEO, Steinhafel is leaving the company with four times that amount.

The golden handshake from the company includes cash severance, accelerated vesting of some equity awards, and certain above-market interest on deferred compensation. This totaled more than $21 million. However, Steinhafel had to pay back some of the money because of a quirk involving cash paid up front rather than as part of his pension. This reduced his disclosed severance to $15.9 million.

But Steinhafel is getting much more than the initial news headlines suggested. He’s leaving with an additional $33.1 million in non-qualified deferred compensation, a sort of super-sized 401(k), and $1.2 million from a pension that he didn’t have to pay back. Also not included in the headline figure endorsed by Target (TGT) are Steinhafel’s stock options that he can continue to exercise over the next five years. Some are underwater, but even at today’s depressed stock price these are worth $10.8 million.

The reported 37% drop in Steinhafel’s reported CEO compensation — from $20.6 million to $12.9 million — also did not reflect other pay received during the year disclosed in additional tables in the proxy statement. He exercised stock options for a profit of $5.1 million and vested in stock worth $8.8 million during 2013, for an extra $14 million.

Not only that, but Steinhafel has agreed to “remain employed by Target in an advisory capacity to assist with the transition through no later than August 23, 2014.” During this period, he will receive further compensation: the same base salary and benefits as when he was CEO, and, in a very unusual arrangement, he will also be eligible for a cash bonus. Except once this advisory contract comes to an end, and it could extend beyond August, he will finally receive his severance package, which will be worth a different amount again since so much of it is dependent on Target’s stock price.

In 2013’s proxy statement, Target estimated Steinhafel’s severance at $26.6 million, the amount he would have received had he been terminated in February of that year. The $10 million reduction from 2013 to 2014 was largely due to the drop in Target’s share price owing to its operational challenges. But, oddly, there is no mention of the reduction to the golden handshake owing to the enhanced pension repayment. In that year, too, the cash severance that was the cause of the repayment was included in the overall figure.

Eric Hausman, a senior public relations manager at Target did not comment on either the full walk-away figure or the missing pension reduction from the prior year’s severance: “We don’t have anything more to share beyond what is in the proxy,” he replied via email.