Zendesk vs. Box: Why investors are split 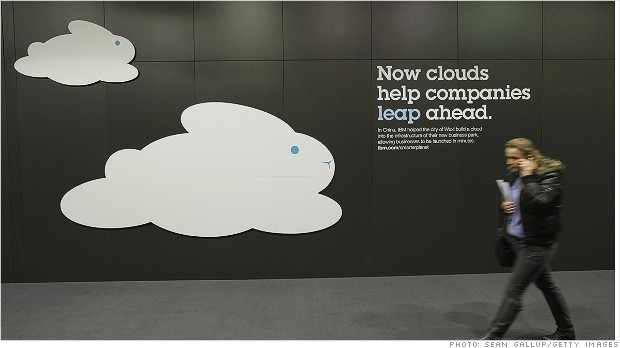 HANOVER, GERMANY - MARCH 05: A woman speaking on a mobile phone walks past a could computing presentation at the IBM stand the day before the CeBIT 2012 technology trade fair officially opens to the public on March 5, 2012 in Hanover, Germany. CeBIT 2012, the world's largest information technology trade fair, will run from March 6-10, and advances in cloud computing are a major feature this year. (Photo by Sean Gallup/Getty Images)

FORTUNE — Shortly after Box filed for its IPO last month, Zendesk (ZEN) filed to go public also. TechCrunch concluded that the “Zendesk IPO bears striking similarities to Box,” and I recall wanting to rebut that conclusion but never got around to it. However, the best rebuttal came last week when Zendesk not only became a public company, its stock price has shot up 83% since its debut on Wall Street, Box remains in limbo.

These companies are very different and a recent change in investor sentiment helps explain why investors overwhelmingly favor one company more than the other.

Not long ago, investors valued growth over any other metric. On growth alone, Box looks fantastic – one of the best SaaS companies of all time. However, investors are suddenly more interested in growth efficiency – that is, a credible path to profitability and growth.

Zendesk is on a great (i.e. capital efficient) growth path and compares favorably against some of the best SaaS companies of all time when judged against a key industry metric called the Magic Number, which factors how much revenue growth is generated in a particular period per unit of sales, as well as how much is spent on marketing in the prior period. In contrast, Box magic number ranks far below average.

What stands out is that Box’s AMN of 0.66 is 34% below the median of the 16 companies shown below, while Zendesk’s AMN of 1.49 is higher than most including Salesforce.com (CRM) in 2004. The bottom line is when comparing AMNs, Zendesk is 2.3 times better than Box. That, along with a subtle but important change in investor preferences helps explain the diverging paths of these two companies.

Ho Nam is a co-founder and General Partner of Altos Ventures a venture capital firm with offices in Menlo Park, California and Seoul, South Korea. Altos has invested in a number of Software as a Service (SaaS) companies since 1999 including BrightEdge, DemandTec (IBM) and WhiteHat Security.