The Apple-China Mobile deal: Why now? 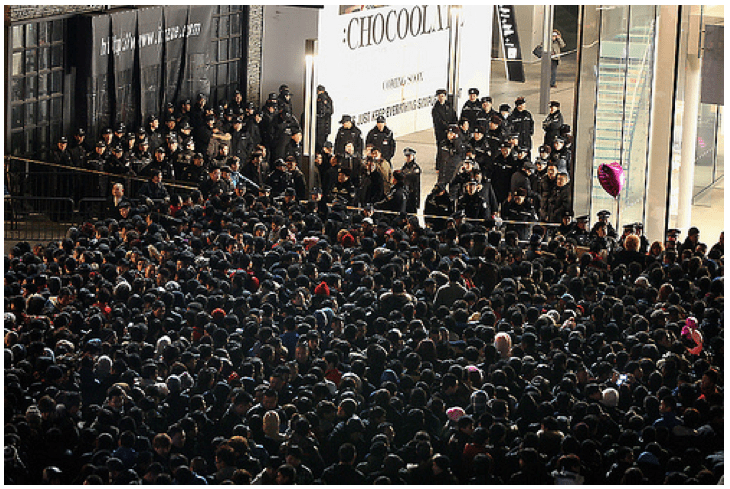 The statements of their respective chairman gave nothing away.

China Mobile’s Xi Guohua pronounced himself “delighted” to be carrying a device “very much loved by millions of customers around the world.”

Tim Cook declared his “enormous respect” for the world’s largest mobile carrier, with (according to Apple’s press release) more than 760 million subscribers, 1.2 million 2G-and-3G base stations, and plans to complete a rollout of 500,000 4G stations by the end of next year.

But no terms were announced, no prices, no hints about why the agreement took more than six years to be consummated.

We know that some hurdles were legal and regulatory, requiring the cooperation of several layers of Chinese bureaucracy.

Some barriers were technical. China Mobile had adopted what Apple on Sunday referred to as “China’s homegrown 4G/TD-LTE” — a polite way of describing a nonstandard wireless protocol that had to wait for a new generation of iPhones.

Then there was the tricky question of which party wanted the deal badly enough to make those final concessions — whatever they might have been.

[UPDATE: Macquarie’s Danny Chu speculates that the two companies were “haggling over the size of volume commitment (required by Apple) and magnitude of handset subsidy.”]

The New York Times suggests that Apple was eager to do business with China Mobile from the start, and that the carrier only warmed to the deal when it started to lose market share to China Unicom (CHU) and China Telecom (CHA), which started carrying the iPhone years ago.

But the events of the last few weeks suggest that it was China Mobile that was putting pressure on Apple to sign.

First there was the rumor — leaked to the Wall Street Journal three weeks ago — that the deal would be announced around Dec. 18, the day China Mobile was scheduled to unveil its 4G network. When the 18th came and went without an announcement, Apple’s share price took a hit — a message that the market thought Cupertino needed the deal more than Beijing.


Then there were those advertisements — with live reservation systems — that revealed just a few bits of iPhone 5S, like a strip tease. The first appeared four weeks ago on a website registered China Mobile’s subsidiary in Suzhou, west of Shanghai. It was followed quickly by an official denial that any deal had been struck. The same drama played out in one Chinese city after another. By Sunday, iPhone ads were on display on 14 different sites — all owned and presumably controlled by China Mobile.

Was Xi trying to put the squeeze on Cook?

Perhaps. But the timing of the announcement — and, more important, the schedule of the rollout — works well for Apple, whose supplies of the iPhone 5S only recently caught up with demand. Consider the dates:

* Announcement: Sunday afternoon, Dec. 22, giving the stock market plenty of time to absorb the news.
* Official pre-registration: Dec. 25, after the Christmas rush in the U.S. is over.
* Sales: starting Jan. 17, 2014, just in time for the Chinese New Years buying frenzy.

Below: Apple’s press release. Can you spot the paragraph that wasn’t drafted by Apple PR?

BEIJING and CUPERTINO, California—December 22, 2013—Apple® and China Mobile today announced they have entered into a multi-year agreement to bring iPhone® to the world’s largest mobile network. As part of the agreement, iPhone 5s and iPhone 5c will be available from China Mobile’s expansive network of retail stores as well as Apple retail stores across mainland China beginning on Friday, January 17, 2014. iPhone 5s, the most forward-thinking smartphone in the world and iPhone 5c, the most colorful iPhone yet, will be available for pre-registration from China Mobile’s official website (www.10086.cn) and customer service hotline “10086” beginning on Wednesday, December 25, 2013.

“Apple has enormous respect for China Mobile and we are excited to begin working together. China is an extremely important market for Apple and our partnership with China Mobile presents us the opportunity to bring iPhone to the customers of the world’s largest network,” said Tim Cook, Apple CEO. “iPhone customers in China are an enthusiastic and rapidly growing group, and we can’t think of a better way to welcome in the Chinese New Year than getting an iPhone into the hands of every China Mobile customer who wants one.”

China Mobile now has over 1.2 million 2G/GSM, 3G/TD-SCDMA, 4G/TD-LTE base stations and over 4.2 million Wi-Fi access points, providing broad coverage to quality networks for iPhone 5s and iPhone 5c customers. China Mobile is rolling out the world’s largest 4G network. By the end of 2013, China Mobile’s 4G services will be available in 16 cities including Beijing, Shanghai, Guangzhou and Shenzhen. By the end of 2014, China Mobile plans to complete the rollout of more than 500,000 4G base stations, which will cover more than 340 cities with 4G service. The collaboration between Apple and China Mobile will give a big boost to the development of China’s homegrown 4G/TD-LTE technology. iPhone on China Mobile supports major cellular network standards, making a global phone a reality for China Mobile customers.

iPhone 5s redefines the best smartphone experience in the world with amazing new features all packed into a remarkable thin and light design, including the Apple-designed A7 64-bit chip, all-new 8 megapixel iSight® camera with True Tone flash and introducing Touch ID™, an innovative way to simply and securely unlock your phone with just the touch of a finger. iPhone 5c features an all new-design in five gorgeous colors and is packed with features people know and love like the beautiful 4-inch Retina® display, blazing fast performance of the A6 chip, and the 8 megapixel iSight camera—all while delivering great battery life.* iPhone 5s and iPhone 5c both offer more 4G LTE bands than any other smartphone in the world and include all-new FaceTime® HD cameras.

Details of pricing and availability of iPhone 5s and iPhone 5c for China Mobile will be available at a later date.

China Mobile is the world’s largest mobile services provider by network scale and subscriber base, serving over 760 million customers. The Company was listed on the New York Stock Exchange and the Stock Exchange of Hong Kong Limited, and was recognized on the Dow Jones Sustainability Indexes (“DJSI”) for six consecutive years. China Mobile has recently launched a new commercial brand “and!”, literally meaning connect, and as the acronym of a new dream. a new dream aims to bring the world’s most cutting edge technology to Chinese customers in 4G era, reflecting the friendly, intimate, mutual trust, and harmonious relationship between China Mobile and its customers and the society.

Apple designs Macs, the best personal computers in the world, along with OS X, iLife, iWork and professional software. Apple leads the digital music revolution with its iPods and iTunes online store. Apple has reinvented the mobile phone with its revolutionary iPhone and App Store, and is defining the future of mobile media and computing devices with iPad.