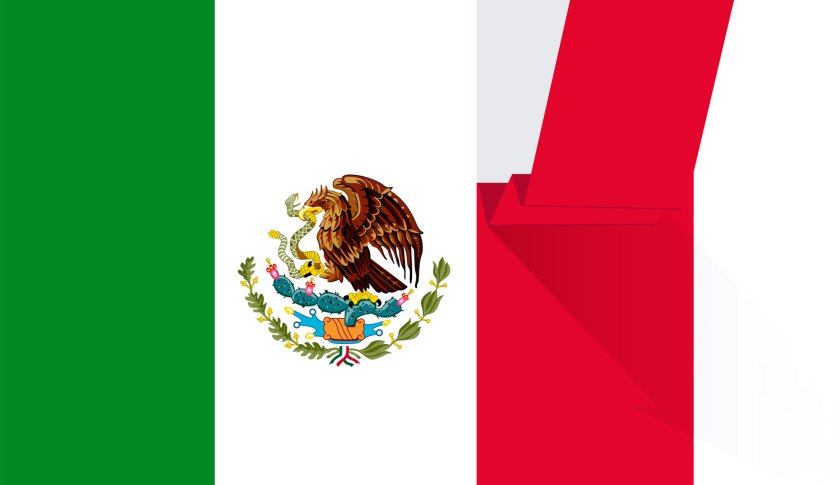 Last year at this time investors were rushing into Mexico. A new President with an ambitious reform to-do list had just taken office. And the largest IPO in Mexican history, the $4 billion offering of Spanish bank Santander’s Mexican division, had just taken place. To listen to the government, 2013 would elevate Mexico to an economic powerhouse. But the new administration pinched pennies and GDP growth slowed to just 1%, a fraction of 2013 expectations. By December, stocks were down 4% and many investors seemed to give up hope. “They felt Mexico’s moment was slipping,” says David M. Darst, chief investment strategist for Morgan Stanley Wealth Management, who spent much of the past two years on the ground in Mexico studying the country’s prospects.

Now many are singing the same refrain they sang last year: 2014 will be the market fiesta that 2013 wasn’t. Those who bet on Mexico last year are rightfully wary of being fooled again, but there’s a good case to be made that 2013’s optimism wasn’t wrong, just premature. Recent legislative reforms of the nation’s tax and education systems — as well as telecom and energy infrastructures (more on those in a bit) — are beginning to give Mexico’s sprawling middle class a boost. That, says legendary investor Mark Mobius, executive chairman of Templeton Emerging Markets Group, is fueling “explosive growth in demand” for consumer products. And Mobius isn’t one to mince words: “We see a great future for Mexico and want to be part of that future,” he tells Fortune.

Indeed, on many fronts the investment picture in Mexico looks brighter than it did a year ago. Among the world’s emerging markets, Mexico stands to benefit the most from growth in the U.S., its biggest customer by far. It also has the least to lose from the expected “tapering” by the U.S. Federal Reserve, because Mexico has a smaller trade deficit than most of its peer countries. “The reforms are sort of the cherry on top that could make Mexico really exciting over the next five years,” says Lewis Kaufman, who manages the $1.7 billion Thornburg Developing World Fund, which gained about 13% in total return through mid-December 2013 while its benchmark sank 4%.

A couple of weeks before Christmas, Mexico’s Congress approved a watershed constitutional amendment that could open up the country’s state-controlled oil reserves to private companies. The energy reform will require further legislation in 2014. But the progress already exceeds investors’ highest hopes, and it has reinvigorated belief that Mexico is on the cusp of a radical transformation. Oil reform “was always the capstone; this was the apex,” says Darst, whose top pick, Mexico’s largest petrochemical producer, Alpek, should benefit from the policy change.

Rick Hoss, manager of the EP Latin America Fund, likes companies that will prosper in a post-reform Mexico, such as Infraestructura Energética Nova, a natural-gas-pipeline company that went public in 2013, and Alsea, which operates Mexican Starbucks stores. Hoss, whose fund ranked first in its Morningstar category in 2013, now has 56% of his $20 million portfolio in Mexico — double the index benchmark — after a trip south of the border last June. (When the fund launched in 2011, it tipped 80% to Brazil.)

As with any emerging-markets investing strategy, a broad index approach can be the best and safest over the long term. But in the case of Mexico, that’s a challenge: The index-tracking ETFs are weighed down by the country’s traditional blue chips, whose future is less certain in an era of antitrust reform. América Móvil and Televisa, for example — major targets of Mexico’s pro-competition telecom reform — alone constitute nearly 25% of the iShares MSCI Mexico Capped ETF. There’s also the question of valuation. Share prices of the relatively few companies listed on Mexico’s only stock exchange, the Bolsa Mexicana de Valores, peaked at an average of 20 times earnings in November — higher than the P/E of even the S&P 500.

Still, an investing window appears to have opened up, experts say. Valuations based on future earnings estimates (with P/E multiples averaging 17.5) look cheaper today than they did about six months ago. “There is already evidence that the economy has bottomed,” says T. Rowe Price equity analyst (and Mexico native) Paulina Amieva. “For us as investors, we find Mexico in a relatively sweet spot and in stark contrast to the majority of emerging markets.”

A few investors have found Mexico market plays north of the border. Thornburg’s Kaufman, for example, favors U.S.-based First Cash Financial Services, which gets the majority of its revenue from pawnshops in Mexico. American oil companies like Halliburton and Schlumberger may also benefit from Mexican energy reform, says Morgan Stanley’s Darst.

And as U.S. growth trickles down into Mexico, spurring the housing market there, Darst — who calls Mexico the “Asia next door” — expects homebuilders like Cemex and real estate offerings such as Macquarie Mexican REIT to thrive. Says Juan Carlos Pérez Macías, head of S&P Capital IQ’s new Mexico City office, which opened in September to cater to the burgeoning investor market there: “This is the Mexican moment — the next years will be a fantastic opportunity.” The next few months may bear that out.