Felicia Day on how to turn geek niche into YouTube gold 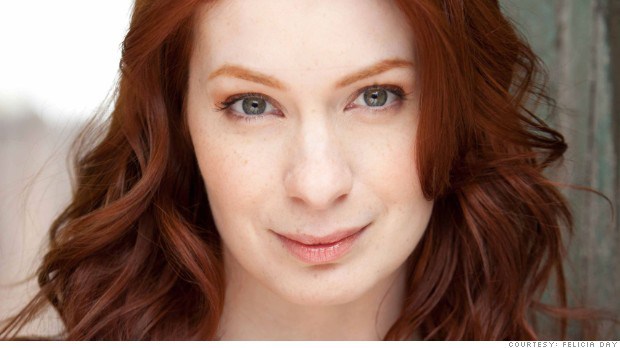 To millions of fans around the globe, Felicia Day is the queen of geek. The actress made a lasting impression on Joss Whedon when she played Vi in the Buffy the Vampire Slayer TV series. Day collaborated again with Whedon in 2008’s Dr. Horrible’s Sing-Along Blog online musical, and she’s known for her cult web series The Guild, which follows around a group of gamers in a MMORPG called “The Game.”

In 2011, Day joined up with her creative collaborators from The Guild, Kim Evey and Sheri Bryant, to form digital entertainment company Geek & Sundry. Google (GOOG) invested in the company as part of YouTube’s $100 million original channel initiative. Since officially launching in April 2012, the channel has more than 800,000 subscribers. The separately launched Geek & Sundry Vloggers channel debuted in May 2013 and has over 63,000 subscribers. The company has amassed over 75 million video views to date thanks to entertainment series like TableTop, (hosted by Big Bang Theory actor Wil Wheaton), Spellslingers (hosted by eSports personality Sean “Day9” Plott) and Co-Optitude (hosted by Day and her brother Ryon).

Day has successfully navigated digital entertainment while keeping active in traditional Hollywood movies and shows, including Syfy’s TV series Eureka and Lucasfilm’s upcoming computer generated TV series, Star Wars: Detours. An avid gamer, she also has voiced characters like Zojja in NCsoft’s Guild Wars 2 and Tallis in Electronic Arts’ Dragon Age II (and starred in a live action web series Dragon Age: Redemption as the same character). With more than 2.1 million Twitter followers, Day is active in the social media realm and accessible to her fans at conventions like San Diego Comic Con. Day talks about the opportunities the evolving digital landscape has opened up for creatives in Hollywood and explains why geek is big business in this exclusive interview.

What are the keys to success in getting people’s attention today in the crowded YouTube space?

How have you seen the consumption of entertainment change since you started your career?

It’s a totally different world.  There are so many other avenues of expression and opportunity.  On the macro and micro-level, it’s a great environment if you have something to say.  A bit more challenging if you’re trying to find things, but that will sort itself out as the platforms evolve.

What opportunities have you seen digital distribution open up for Hollywood actors and creators?

Clearly new TV “networks” are being created with Netflix (NFLX), Hulu, and Amazon (AMZN), just to name a few.  I think more out-of-the-box ideas will be allowed to be created, since being unique is the best way to break out of the crowd of entertainment right now.  TableTop, our biggest show, is a hit because there’s nothing else like it, and there is audience out there for that niche entertainment.  No mainstream outlet would ever let us make that show.

What have you learned about short form entertainment through the early hit, The Guild, that you’ve been able to apply to more recent Geek & Sundry projects?

Take the time to make it right, and make sure there’s joy and enthusiasm behind anything you release, because audiences can feel that joy, and it will motivate them to come back and watch more.

What are your thoughts on transmedia entertainment, having worked on Dragon Age short videos tied into Electronic Arts’ hit game franchise, and what opportunities this opens up today?

I think the potential is endless.  If you look around, lots of story worlds are being filled out with comics and TV shows and spin-offs and digital series and video games.  There’s no end to that type of diversification if you have a great world and set of characters.  Dragon Age was very early, and we were working on a very small budget, but once companies see that fans like these other ways of consuming worlds they love, there will be more and more of it available to fans.

How have you seen the concept of “geek” evolve in pop culture?

Geek is now something this is going through some transition. I think it’s hard to corral people into one type of “geek,” everyone is a unique pattern of their interests, so the word can apply as much to a football fan as to a comic fan now.  There have been some struggles with that, but ultimately it allows fans to be more vocal and social around things they love, and I think that’s a great thing.

What opportunities has the female “geek” audience opened up for you as a creator?

What’s the secret to wearing multiple hats in the creative business?

Can you talk about your new scripted series Caper & Spooked?

Our goal this year was to develop shows along the lines of The Guild. Medium-budget, high-quality scripted series that had engaging characters our fans could get behind.  We got to pair with one of my friends, Amy Berg (Leverage, Eureka), and Bad Hat Harry (Bryan Singer’s production company) to bring these quirky, fun series to life.  I’m very excited to get back to the roots of how I got into web video through these projects.

How are you seeing Geek & Sundry attract Hollywood talent to these new shows, compared to your early days on YouTube?

It’s a mixed bag, since there’s so much content out there, requests for people to guest on web series have gone through the roof. But we always have amazing guests on our non-scripted series, and with our new scripted shows, we’ve been able to get some established and amazingly talented people like Harry Shum, Jr., Beth Riesgraf in Caper, and Neil Grayston and Ashley Johnson in Spooked, to come play with us.

What are your goals with Geek & Sundry moving forward?

We have gone through a lot of experimentation phases in our two seasons, and going forward want to pare our offerings down to what we truly believe in, and what our audience responds to.  The YouTube platform is amazing for some types of content, but others do less well, that’s why we’re looking to expand on what we’ve built to become a curated, multi-platform production company.