Can Priceline extend its impressive run? 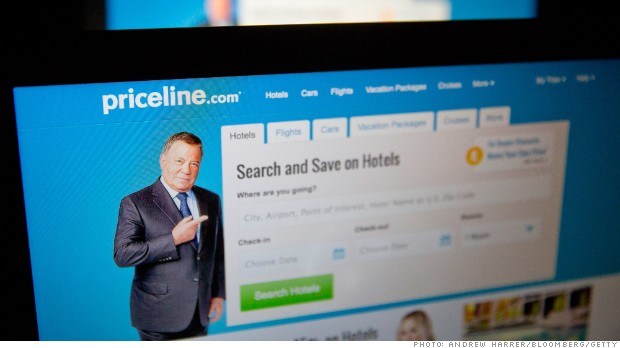 Which of the following five veterans of technology has seen its stock price rise the most over the past 10 years: a) Apple, b) Google, c) Amazon, d) Netflix, or e) Priceline.com?

All are returns that would please any long-term shareholder (the Nasdaq Composite is up a mere 106%) but nothing like the run Priceline has seen. And Priceline has done it with much less fanfare and headlines than the others. The company has quietly become the $60 billion giant in travel. It calls itself the “Amazon of accomodations” but as an investment, Priceline has surpassed Amazon.

Much of Priceline’s good fortune over the past decade is due to the management of Jeffrey Boyd, who was named Priceline’s CEO in 2002, after the stock had plummeted from $974 a share to $7 a share. The company became a poster child for the dotcom crash, but Boyd restructured the company into a global travel-booking site, largely through the shrewd, $135 million purchase of Booking.com in 2005.

Booking.com and other acquisitions like ActiveHotels.com gave Priceline a strong footing in the European hotel-booking sector. The 2007 purchase of Agoda.com expanded its reach into Asia. Vacationers seeking out bargain hotel deals during lean economic years have propelled Priceline’s recent growth. Last year, not a great one for most European economies, saw hotel bookings in the region rise 46%.

As a result, Priceline has become a U.S.-based company relying primarily on overseas markets. In the first nine months of 2013, only 15% of its revenue came from the U.S. Revenue from the U.S., primarily airline tickets and hotels, rose 12%, compared with a 43% rise in international revenue. Booking.com books a million rooms a day, yet most Americans are still unfamiliar with the site.

Still, Booking.com’s growth has extended Priceline’s remarkable rally through this year. Priceline’s stock is up 89% in 2013, nearly tripling the Nasdaq Composite’s 33% rally. That’s comparable with other online-travel companies like TripAdvisor (TRIP), which is up 95% this year, and recent web IPOs like Facebook (FB), up 102%, and LinkedIn (LNKD), up 99%. And it’s much stronger than, say, Amazon’s 55% gain.

That rally, however, has stalled in recent weeks after Boyd told investors that he’s stepping down as CEO, although he will remain as chairman. The CEO job went to Darren Huston, who joined Priceline in 2011 as the head of Booking.com. After rising as high as $1,198 in late November, Priceline’s stock has moved sideways, closing at $1,160 on Wednesday.

Investors seem to be pausing to assess whether Huston can fill Boyd’s shoes. Before joining Priceline, Huston worked as a marketing executive at McKinsey & Co.; an executive at Starbucks, where he rolled out Wi-Fi in cafes as well as the Starbucks Card; and most recently Microsoft, where was a corporate vice president in the company’s consumer and online division.

Huston’s record of leadership inside Priceline is brief but promising. Booking.com’s gross booking has consistently grown by a 40% to 43% annual rate under his management. He has taken a larger role in international partnerships such as the one between Booking.com and China’s Ctrip (CTRP). And he is taking control of Priceline as the company is expanding its hotel-booking business in the U.S.

This year, Priceline moved to increase Booking.com’s presence in the U.S. market, which could cause the company’s strongest subsidiary to compete with its parent’s longtime domestic operations. That move came after JD Power ranked Booking.com as No. 1 in a survey of customer satisfaction.

In interviews this year, Huston has said Booking.com’s “pay-when-you-stay” and cancellation policies give it an edge over rivals. But Booking.com’s visibility has been muted this year, despite the booking.yeah marketing campaign from Weiden+Kennedy. For American travelers, Priceline’s brand remains stronger, so much so that the company returned William Shatner’s Negotiator character back from the dead.

Huston has sizable shoes to fill as Priceline’s CEO. The pieces are in place for him to extend Boyd’s record of accomplishments, but the sense of uncertainty among investors is justified. Much like Huston’s former company Microsoft, when Bill Gates handed the reins to Steve Ballmer, Priceline is changing the guard after an impressive run.

The stock’s rally over the past decade is an unusually strong one. So unusual that it will take something extraordinary to continue it into the next few years.