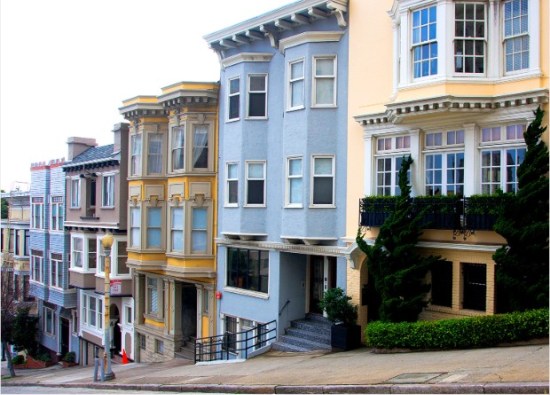 On one thing San Franciscans can agree: renting a place in the city is pricey.

But the days of hyperbolic apartment prices may be numbered, thanks to nearly 8,500 new rental units opening in the city over the next 14 months, estimates James Wavro of J. Wavro Associates, a real estate brokerage that leases properties across the San Francisco Bay Area. For instance, the second tower of the One Rincon Hill development in the the city’s South of Market (SoMa) neighborhood will include 299 residential units across 52 floors when it finishes construction in fall 2014. (Occupancy is expected to begin that summer.)

The new rentals are expected to somewhat ease San Francisco’s cutthroat rental market in 2014, causing rents to flatten, even possibly decline between 5-15 percent. A two-bedroom apartment that commanded $3,250 a month this October – the median rent, according to real estate site Trulia — could lease for between $163-$450 less the same period next year, for instance.

In recent years, San Francisco’s rental market has been heavily impacted by the tech sector’s boom. With more companies than ever in the city, including Twitter (TWTR), Square and Airbnb, many workers opt to live close by. Meanwhile, many younger employees working outside San Francisco often choose the city as their home since employers like Google (GOOG) and Facebook (FB) offer free shuttle services everyday to and from the office. The result? A one-bedroom unit in June 2011  averaged $2,195 a month. Just two years later, the median had climbed to $2,795 a month — a 27% increase.

Locals don’t have to look far to see the city’s tech influence now, realized in the countless quirky startup offices in SoMa and the Tenderloin neighborhoods, the ambitious entrepreneurs — or just as likely, wantrepreneurs — and oftentimes, well-paid employees. They highlight the disparity between tech and the city’s working poor and middle class, of those who can continually afford to pay the city’s escalating rents and those pushed out because they can’t. To wit, disgruntled locals protested a Google employee commuter bus last week in the Mission District with signs that read, “Stop Displacement Now,” and more tellingly, “Warning: Two-Tier System.”

Whether city rents begin trending lower in 2014 will depend largely on how much hiring the tech sector actually does, explains Paul Hwang of Skybox Realty. The more hiring they do, obviously, the more employees there will be seeking homes nearby.

But assuming rents dip, that’s just the beginning. Says Wavro: “Does this mean things will become automatically affordable? No,” says Wavro. Prices simply won’t be quite as aggressive as before. “But the inventory is coming, and the pendulum will swing the other way.”