Why a Fed taper will be good for the economy 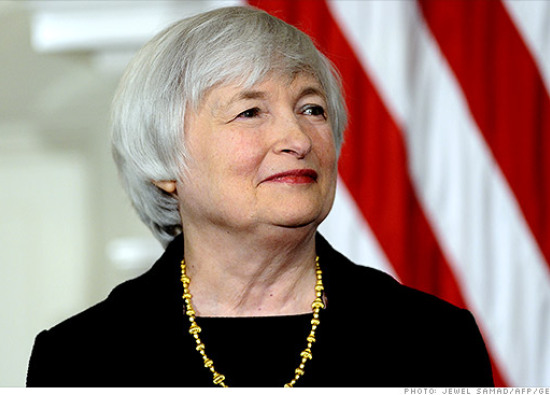 The U.S. Federal Reserve is one of the most powerful bodies on the planet today, able to shake global markets with the force of a single word: taper. Analysts shudder, investors wail, bond yields spike, and stocks collapse whenever the mere possibility of a taper arises. And yet, the fear that the world will end if the Fed ratchets down its $85 billion-a-month bond buying program is mostly unfounded.

It is true that when the Fed suggested earlier this year that it might taper, the markets went into a tailspin, but the reason for that was uncertainty about the broader economy. The U.S. was reeling from the negative effects of sequestration cuts, jobs numbers were going nowhere, unemployment was high, and Washington was heading towards another ugly budget showdown and debt ceiling breach. With Armageddon a real possibility, anything that interrupted the money supply was bound to cause panic.

Things are different now, in no small part due to the budget deal reached by the House and likely to be ratified by the Senate. Gridlock has been broken, the compromise is not too draconian, sequestration cuts will be mostly undone, and the U.S. government can function normally again. The fate of the debt ceiling is still uncertain, but with midterm elections coming up in 2014, neither political party can afford to roll the dice again. In addition, U.S. GDP is growing faster than expected, jobs numbers are tangibly improving, unemployment has ticked down to 7%, and the Dow (INDU) continues to break new records.

MORE: Corporate tax giveaways are not worth the trouble

In this climate, a taper by the Fed would not just be harmless but a good thing.

Markets don’t plummet because small investors see bad news on television. They move due to the actions of large investors, who set the direction for everyone else to follow. Large investors, however, are sophisticated enough to realize that the easy money provided by the Fed could not last forever. More importantly, low interest rates also have a dark side; they can actually discourage lending by banks (since it is less profitable for them) while at the same time encouraging reckless borrowing and spending, leading to overheating of markets, and the formation of asset bubbles. In the long run, these bubbles are bound to burst and deliver a rude shock to the economy.

In fact, I would argue that the uncertainty of asset bubbles breaking is more likely to depress the markets in the medium term than a gradual reduction in the money supply. The Fed’s stimulus has served a useful purpose, backstopping the economy when uncertainty was high and escorting us to a point where the business cycle can sustain itself. But like medicine, which is useful for killing an infection but can harm a patient beyond that point, the stimulus has reached the end of its utility. Which is why markets should welcome the taper.

MORE: The Volcker Rule’s not so fatal flaw

Finally, the incoming Chairman of the Fed, Janet Yellen, has stated that she will provide forward guidance to the markets to prepare for a ratcheting down of the bond-buying program. This forward guidance will enable large investors to price the taper into their shareholdings, thereby ensuring a soft landing for the rest of us. For sure the market will dip a little, but given the stratospheric altitude we are flying at right now, coming down a few thousand feet where the air isn’t so thin will be healthy for us.

Sanjay Sanghoee</i is a political and business commentator. He has worked at investment banks Lazard Freres and Dresdner Kleinwort Wasserstein. He is the author of two thriller novels, includingKilling Wall Street
.