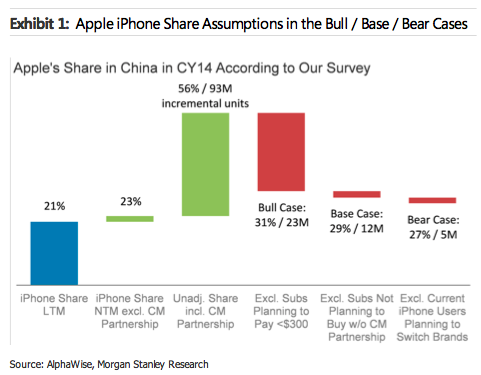 This week’s burning question among Apple (AAPL) analysts is this:

If and when China Mobile (CHL) begins selling iPhones to its 759 million subscribers, how many will it sell in the first year?

Everybody’s got numbers, but the two most persuasive estimates I’ve seen came from Bernstein’s Toni Sacconaghi and Morgan Stanley’s Katy Huberty, who each took the time to show his or her math.

Apple and China Mobile have made no announcement of a distribution agreement, although one is expected soon.