Corporate tax giveaways are not worth the trouble 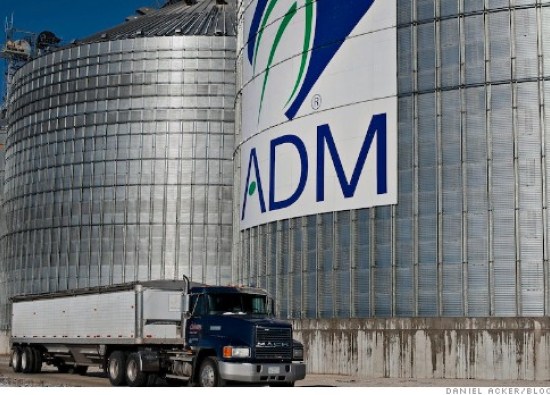 Earlier this fall, an executive from Decatur, Ill.-based Archer Daniels Midland — the world’s largest corn processor – came to the Illinois House Revenue and Finance Committee with a simple proposition. Give the company $1.2 million in annual tax credits for 20 years or it will consider taking its headquarters elsewhere.

On the same day the state passed a bill to increase the retirement age and reduce cost-of-living increases for its retired state workers, the Illinois Senate gave ADM (ADM) its tax gift: $20-25 million worth of tax credits over 15-20 years.

What will Illinois get in return?

ADM would keep its new 200-employee global headquarters in Illinois — in Chicago, most likely — and add 100 jobs to its Decatur workforce over the next five years. ADM declined to comment on the matter.

MORE: Madoff redux: Would a red flag from JPMorgan really have mattered?

Illinois, with its worst-in-the-nation credit rating and fourth-worst unemployment rate, is just another example of a cash-strapped and job-hungry state forking over tax incentives to huge corporations in exchange for the promise of new headquarters and new factories — deals that states and cities think will spark economic and employment growth. But that’s an expectation that’s rarely ever met.

The trend has its roots in the 1970s. In one of the first instances, state and local officials in Pennsylvania gave a package worth $100 million to lure Volkswagen into building an assembly plant in the state. The giveaways have continued over the past four decades and have accelerated since the recession, with the number of deals worth at least $75 million doubling. Annual costs of such tax deals now stand at $5 billion, according to policy center Good Jobs First.

Tax incentives in exchange for corporate commitments have now become the norm, but research indicates that they rarely do what they promise.

In 2002, economists Todd Gabe and David Kraybill found that “incentives do not result in the creation of more jobs than would have been created without the programs.” Peter Fisher now of the Iowa Policy Project backed up that conclusion in 2004 when he reasoned that a community that gave an incentive package equal to 30% tax break could credit just 9% of new jobs to the tax cut.

Recent research from Richard Florida, director of the Martin Prosperity Institute at the University of Toronto’s Rotman School of Management, has found no connection between economic development incentives and any measure of positive economic performance, such as average wages and income and state unemployment.

What would contribute to growth are simpler tax codes that treat all businesses equally, says Lyman Stone, an economist at the Tax Foundation. But the tax incentives — now worth some $80 billion each year — have become a prisoners’ dilemma for states, says Kenneth Thomas, a political science professor at the University of Missouri, St. Louis. They’d all be better off not paying the incentives, but to politicians brokering these agreements, a new development deal and its promised jobs equal talking points and bragging rights. And companies know that’s a temptation too great.

Companies recognize the decision of where to locate a factory or headquarters as “a rent-seeking opportunity,” says Thomas. “And more and more, [they] are exploiting it to the hilt.”

ADM has said that the previous incentives Illinois has doled out to corporations — like the $275 million it awarded to Sears Holding Corp. (SHLD) two years ago and the failed $53 million proposal to keep Office Depot’s (ODP) headquarters in the state — have shaped its expectations.

“When the first company threatens to leave and gets X, the next firm gets X plus something. It ups the ante,” says Allen Sanderson, an economics professor at the University of Chicago. “And the last thing the state of Illinois needs is to find some other way to spend money.”

Andy Manar, the Illinois state senator who introduced the ADM bill that’s awaiting a vote by the House of Representatives, says the incentive package sets a new standard since it requires ADM to create jobs in Decatur, where unemployment is almost 12%, in addition to the jobs it adds in Chicago.

But Florida of the Martin Prosperity Institute has a different suggestion: “Stop the madness,” he said in an email. “States and cities would be far better off spending the money on education or improving their parks, things that stay put in their jurisdictions.”