With ‘Direct,’ Instagram digs in on a key metric: Attention 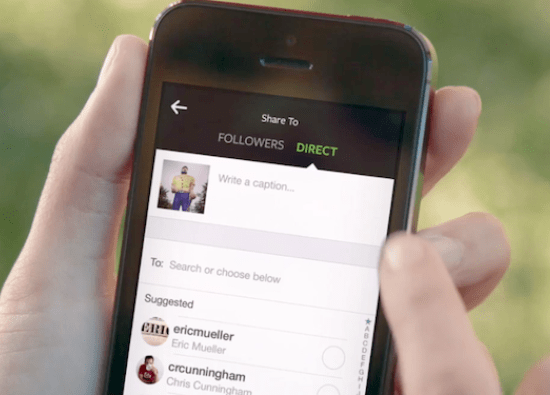 For anyone outside of Silicon Valley, this was remarkable. Instagram had no revenue to speak of. What it did have: a dozen or so artful photo filters and 33 million people using them. And, in the requisite social way, 33 million people following, commenting on, and favoriting others’ use of them.

Revenue remains elusive for Instagram. But it has become clearer that the service’s greatest asset isn’t the photos — and more recently, videos — per se, but people’s real-time interactions with them, and therefore, with each other. After all, you can’t display advertisements or sell data around an infinitely long tail of archived images. (Well, you can. But it wouldn’t be worth billions of dollars.) For social media, the most valuable asset is always attention.

MORE: Why Emily White’s move to Snapchat is unsurprising

Speaking to a small crowd of reporters this morning, co-founder and chief executive Kevin Systrom introduced Instagram Direct, a way for people to send photos and videos directly to each other, rather than broadcast them to the world. It’s a twist on the old social formula: Now that we’ve reached a saturation point after following everyone under the sun, we’re developing new ways to limit our social inclinations to more relevant groups. Users of the new Direct feature can send a photo to one friend or 15, as well as comment or favorite them. The original sender will see those responses (including when the photos are first viewed) in real time.

“Instagram is becoming a platform for connecting with people,” Systrom said, adding that there has been a “meteoric rise” in using photos as a primary mode of communication. (He must have read Fortune senior reporter Jessi Hempel’s article from last month on the subject.)

In many ways, the feature — which is available Thursday in an update to the iOS and Android versions of the Instagram application — replicates the experience of sending an MMS message with your old Nokia 3310 or an iMessage with your new iPhone. A decade later, the use case remains the same: A silly photo of the family dog is enough to prompt a textual or visual response from whoever you sent it to. The only difference today is that your smartphone is capable of taking more and better-quality photos, and then sharing them in various ways in an environment designed for the purpose.

He would know. The company to which Systrom sold Instagram has long sought to move from a LinkedIn (LNKD)-style desktop database to a mobile communications platform, with mixed results. Over the years, it has layered messaging (later, at real-time speed) and chat functionality on the classic core of its platform, profiles. You can send imagery through these channels, but it is not the primary mode of communication. Text is.

The rapid rise, particularly among young people, of the ephemerality-encouraging social network Snapchat — which Facebook attempted and failed to acquire for $3 billion this year — demonstrated that brief spurts of visual media can be as vibrant a means of communication as text, so long as they can be deployed as easily as “lol.” For an incumbent social network facing increasing apathy from its most coveted users, that’s not just an area of fascination; that’s the future.

Which brings us back to Instagram. With more than 150 million people now using its service, and new “sponsored” posts working their way into users’ feeds, the company faces the same problem as many other social networks: keeping users’ attention as it introduces more noise into the experience. Direct is a step toward that.