A blueprint for creating better jobs – and bigger profits 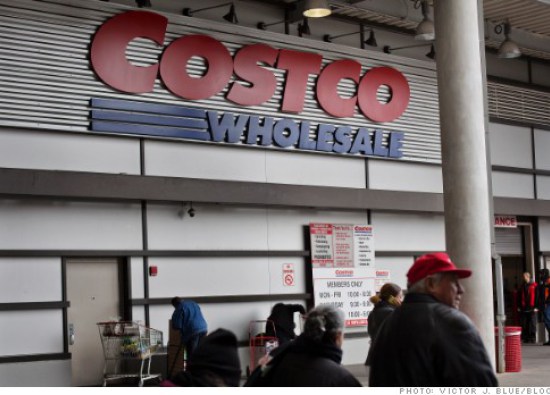 In all the sound and fury over the minimum wage, and the current boom in low-paying, dead-end jobs, nobody is questioning a crucial assumption: More investment in labor would have to come out of consumers’ and shareholders’ pockets.

Make that almost nobody. Zeynep Ton, who teaches business operations at MIT’s Sloan School of Management, spent 10 years traveling the U.S. talking with workers and their supervisors in retail. She scrutinized the day-to-day details of how things get done (or don’t) in the trenches at retailers like Wal-Mart (WMT), Costco (COST), Trader Joe’s, and QuikTrip, and inside other employers including UPS (UPS), Toyota (TM), and Southwest Airlines (LUV).

The result is a forthcoming book, The Good Jobs Strategy: How the Smartest Companies Invest in Employees to Lower Costs and Boost Profits, that stands the conventional wisdom on its head. Ton makes a convincing case that better pay and benefits — and giving workers a clear shot at career advancement — yield higher customer satisfaction (including competitive prices and stellar service) and fatter shareholder returns.

This argument would be far less persuasive if it were built on mere theory, but the four-part strategy laid out in the book is drawn straight from what a few companies have quietly been doing for years.

Consider Costco. Ton writes that average pay for workers at the company is $20.89 an hour, more than 40% higher than pay at its closest competitor, Sam’s Club (owned by Wal-Mart). Costco offers benefits to all employees who work more than 20 hours a week. Workers also see the chance to move up, since 98% of store managers, and many Costco executives, started out as stock clerks or cashiers.

Jobs at the company are so coveted that, when Costco opened a new store in Green Oak Township, Mich. in 2005 (well before the recession sent unemployment soaring), 5,000 people applied for 160 openings. Among employees who have been with the company for a year or more, turnover is 5.5%, about a quarter of the average for the retail industry — just one way among many, Ton notes, that treating workers well can help keep costs low.

So is what’s good for workers also good for consumers and shareholders? Evidently, yes. Consumer Reports ranks Costco among the top five retailers nationwide in customer satisfaction. And the company mints money: Ton calculates that its sales per square foot are almost 70% higher than Sam’s Club, and sales per employee nearly double. Costco also turns its inventory at twice the rate of the average variety retailer. Investors reap the benefits: Costco stock has gone up sixfold since mid-2003, vs. a gain of 40% for Wal-Mart shares over the same period.

Along with several other companies Ton studied that are creating good jobs without sacrificing low prices or high returns, Costco achieves this apparent magic in four ways, and The Good Jobs Strategy describes each step in detail, starting with offering customers fewer, but better, choices. (Think Southwest Airlines, with its no-frills flights, limited routes, and gung-ho employees; or Trader Joe’s, which carries fewer items than most supermarkets but has turned that into a competitive advantage, in part because every employee is an expert on what the stores do stock.)

Next comes a rigid adherence to standardization in routine processes, while letting employees use their own judgment about everything else. Third, the strategy calls for cross-training employees so they can do each other’s jobs when needed. Fourth, Ton uses specific mini-case studies from inside Costco and other companies to show how building some slack into staffing, even erring on the side of overstaffing at times, can cut costs by making the most efficient use of workers’ time.

Ton cautions that none of these four measures will work well without the others. “It’s a package deal,” she writes. She’s also well aware that, at many companies, adopting all four parts of the strategy would mean a total overhaul of current practices, but she believes that would be worth the effort — and not just for hourly workers.

“The current practice of low-cost retail — or what I call the bad-jobs strategy — is stressful for management,” Ton writes. “It fosters an endless trench-warfare mentality of keeping labor costs as low as possible while dealing with all the operational and service problems created by doing that.” Nor is offering better jobs only for retailers, in her view. “If the good-jobs strategy is possible in low-cost retail,” she writes, “then it is possible pretty much anywhere.”