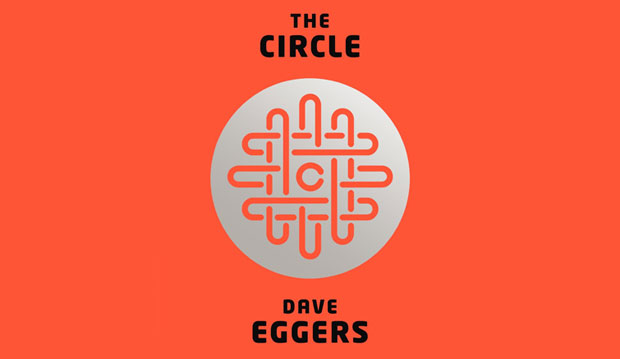 When novelists point their pens at the business world, the results—specifically the plausibility—vary.

Some of the more successful in the past few years have included Jonathan Dee and Adam Haslett, whose novels took on the financial crisis from different angles. Last year, Helen DeWitt’s Lightning Rods depicted, with surprisingly believable hilarity, a man turning his sordid idea for in-office sex escorts into a legitimate national business; Robin Sloan’s Mr. Penumbra’s 24-Hour Bookstore depicted the secrets behind a brick-and-mortar book shop in the heart of Silicon Valley. And this year, The Unknowns, a terrific debut novel by Gabriel Roth, focused on a young tech entrepreneur’s failed romance during an aimless period after selling his company for millions of dollars.

Dave Eggers, father of the publishing house McSweeney’s (twee and cutesy to some, beloved and celebrated by others, but by most measures a true San Francisco success), these days falls among the “biz curious” writerly ranks. After two books centered on a “cause” (What is the What was a fictionalized biography of Valentino Achak Deng, a Sudanese refugee; Zeitoun reported one family’s ordeal during Hurricane Katrina) he has put out two consecutive books concerned with corporate America. The 2012 novel A Hologram for the King beautifully imagined a weary, frustrated American salesman, bruised by the downturn, traveling to Saudi Arabia to land a big wireless technologies deal. The language, in that book, represented a bit of a turn for Eggers: less meandering and whimsical, more terse, utilitarian and clean. It worked wonderfully.

The writing style of his new novel The Circle, out this month, is the same, but this book lacks the grace, charm and realism of Hologram. The novel takes its name from a fictional company: The Circle (“the only company that really mattered at all”) is a gargantuan, young-but-powerful tech corporation on a giant, sprawling campus in Silicon Valley. Sound familiar? In a prepared Q&A on the press release that went around with the book, Eggers is asked coyly, “Is this book about Google (GOOG) or Facebook (FB) or any particular company?” He responds, “No, no.” And yet The Circle has three cofounders: Tom, Eamon, and Ty (hard not to think of Larry, Sergey and chairman Schmidt). Its cafeteria is called “the glass eatery,” a space “designed such that diners ate at nine different levels, all of the floors and walls glass. At first glance, it looked like a hundred people were eating in mid-air.” Its most revered staffers are the “Gang of 40,” which comprises “the forty most crucial minds at the company… privy to its most secret plans and data.”

Regardless of whether The Circle reminds you more of Google, Facebook, or a different company, after we get through the recognizable early descriptions of the setting, the company no longer resembles any organization that exists or could ever conceivably exist right now. And that’s one of its biggest problems. Eggers clearly means The Circle to be a blistering, dystopian satire, but that fails because what happens is so absurdly far-fetched and over the top. It is a book that will make you scoff, not tremble.

The Circle’s protagonist Mae Holland arrives at the company on her first day bright-eyed and bushy-tailed, eager to please. She is our window into the company. But she so swiftly falls prey to the founders’ whims that it’s impossible to identify with her or even like her. There is no pathos to be found in what happens to her since she leaps at every opportunity for further brainwashing.

Early explanations of how they do things at The Circle are believable until they spiral quickly into fantasy. Mae’s first gig is in customer service, responding to user queries and getting back a satisfaction rating. When her first customer gives Mae a 99, her superior tells her: “Ninety-nine is good. But I can’t help wondering why it wasn’t a 100… Now, most companies would say, Wow, 99 out of 100 points, that’s nearly perfect. And I say, exactly: it’s nearly perfect, sure. But at the Circle, that missing point nags at us.” That little rant is funny and one can indeed imagine it coming from the mouth of some zealous exec at a Silicon Valley innovation factory. But soon enough, Mae attends “plankton-inspection time,” which her friend Annie (who recruits Mae to The Circle and is swiftly kicked aside as Mae scrambles up its ladder) explains this way: “You know, little startups hoping the big whale—that’s us—will find them tasty enough to eat. Once a week we take a series of meetings with these guys, Ty-wannabes, and they try to convince us that we need to acquire them.” That series of pitches are broadcast to millions of people once Mae “goes transparent” with a camera around her neck that allows anyone to see everything she sees. Nevermind how ludicrous it is to picture a company letting the public watch it deliberate acquisitions (can you imagine if Yahoo (YHOO) CEO Marissa Mayer created a Vine video, and shared it on Twitter, of her early meetings with David Karp before buying Tumblr?). By now the reader has checked out anyway, as Mae and the rest of The Circle rapidly convinces people all over the world, beginning with politicians, to “go transparent” (Mae gets to turn her camera off when she’s in the bathroom, but only for two minutes, lest her watchers worry).

In one of the book’s rare funny moments, Mae sleeps with a guy at The Circle who has pursued her. He is a premature ejaculator but nonetheless he asks her—demands, in fact—to “rate him” based on his sexual performance. She keeps giving him 100s to make him feel good. The rating is really important to him. These are the kinds of people Eggers imagines actually occupy the desks of our hallowed tech companies. Maybe it’s more upsetting than funny.

Regardless, the idea that one of our biggest tech companies could gain too much power and influence is certainly a legitimate fear—like Jonathan Franzen, Eggers, it seems reasonable to extrapolate, is indeed afraid; he does not tweet or keep up a Facebook author page—but in The Circle, the rest of the world outside the company so quickly embraces “transparency” and sits glued to their screens watching Mae’s work day that you begin to wonder if the novel is meant to take place on a different planet. Eggers’s sendup of social media is partially dead-on (people at The Circle rampantly send “zings” and give a “smile” or “frown” to status updates) but in his depiction no one in America seems to have any life at all outside the computer. The proliferation of social media notwithstanding, human beings simply aren’t as gullible as he makes them out to be.

The sole voices of reason in the novel are Mae’s analog parents and her ex- boyfriend, Mercer, an outdoorsman type who makes chandeliers out of antlers. Whenever she visits her folksy parents, whom she quickly comes to look down on, she also sees Mercer, who has become close with her parents and who is wary of her work at The Circle. “You know what I think, Mae?” he tells her at one family meal. “I think you think that sitting at your desk, frowning and smiling somehow makes you think you’re actually living some fascinating life. You comment on things, and that substitutes for doing them. You look at pictures of Nepal, push a smile button, and you think that’s the same as going there… Mae, do you realize how incredibly boring you’ve become?” All of that is true, and Mercer is clearly meant to stand in for us, the reasonable reader. But he also sounds too much like an angry old man complaining about technology to be a fair surrogate for sanity. Mae swiftly writes him off, and this is where the book begins to get boring. Mae’s parents are unable to warn her against The Circle because they’re benefitting from its healthcare program, so Mercer is left to the task alone. When he writes Mae a letter further explaining his kind concerns, she reads that letter aloud to her millions of “watchers” and we realize Eggers has no intention of creating a believable satire (which would be fine if it were meant to be an intentionally over-the-top parody, but it isn’t that—the book is rarely funny) because the people tuned in to Mae unhesitatingly and unanimously mock Mercer for suggesting caution about The Circle’s encouraged obliteration of privacy. Eggers would do well to show a few of them piping up in his defense, or even one chorus of, “well, he makes some fair points…” but there is none. The fictional society is as blindly accepting of Big Brother as Mae.

By the point in the book when millions of people tune in to cheer Mae on as she uses The Circle’s mobile cameras to pursue Mercer (for wanting only to live alone, unbothered in the woods) so relentlessly that, inevitably, something awful happens, the plot has grown so far-fetched, and the people so far gone from any semblance of humans we know, that you’re well aware of what’s coming. And Eggers doesn’t surprise or give a twist: instead, he chooses the exact ending we expect.