Intel’s Andy Grove On The Next Battles In Tech 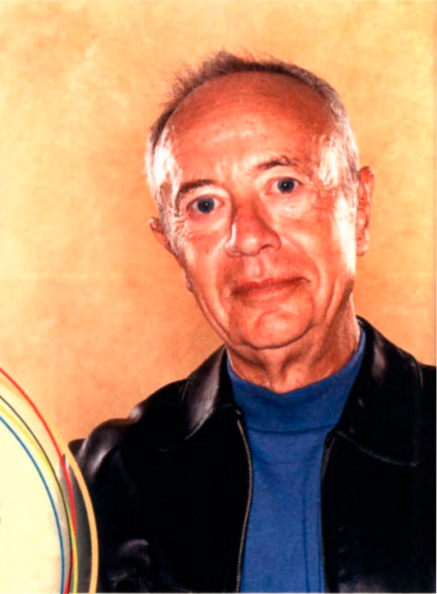 As the chairman and former CEO of Intel (INTC), the world’s largest semiconductor manufacturer, Andy Grove has been a brilliant business strategist. FORTUNE sat down with him recently at Intel head-quarters in Santa Clara, Calif., to get his thoughts on the future of Silicon Valley.

Does the ongoing slump in the IT industry signal a fundamental change?

The primary problems that IT addresses today are basically the electronic equivalents of paper forms that you used to fill out and the accounting that goes on in the boiler rooms of commercial entities to deal with those paper forms. Intel’s payroll system is a derivative of that. So is enterprise resource management, supplychain and inventory control, or customer-relationship management. That’s what electronic business is all about. We’ve nailed transaction processing. So if the industry is merely that, then yes, essentially we’re a mature industry, and there’s no way to grow faster than GDP.

What do you mean by that?

The point is that the same IT technologies we have used to automate transaction processing can be applied to transform other aspects of modern life. The footprints are in the snow for several of these. The first example I would give is warfare. I really agree with Donald Rumsfeld that we have just witnessed a war that is unlike what war has ever been. We probably shouldn’t be surprised, because integrated circuits and other technologies that later became the IT industry had their origin in Minuteman missiles and things of that sort 50 years ago. Military applications are by tradition the first place to do the early applications of new technology. Why? Because the stakes are so high.

I don’t know any more than you do about the details of what we saw happening in Iraq on TV, but it was spectacular. Electronics, wireless communications, optics, computation, and global-positioning technology all were put together in a very complex system to define and hit targets as never before, and to a large extent it seemed to work.

What you have is an example of a major human endeavor being transformed by an expanded and modernized version of the bits and pieces of technology that are not all that different from what happens now when you buy Fritos at a 7-Eleven: The clerk scans the UPC code, and then stuff happens in the wireless space, inventory records are adjusted, and reordering takes place. The next day a new shipment of Fritos arrives.

War is a special case. What about some other examples a little closer to home?

The consumer-electronics/media industries are two closely related businesses ripe to be transformed. If it was as important as warfare, and you spent big bucks the way the military does, you could come up with a wholesale reengineering of consumer electronics into an industry that was completely digitally based; all your devices would talk wirelessly with all others so that installation, revamping, and remodeling in homes would be cheap. Content would be all digital, stored on hard disks both at home and on network servers, with a user interface that you could instantly understand.

Five years ago you could have dreamt about it, and Xerox’s PARC (Palo Alto Research Center) could have built a demonstration project. But the truth is, we’re not far away from that. We already have low-cost, secure wireless digital communications, and digital content of sufficiently good quality, and, of course, low-cost transaction processing, which is why we built all this technology in the first place. We have low-cost processing power and plentiful and cheap data.

What’s an example of a more serious industry that’s ripe for transformation?

Health care is the other big example. It is the largest segment of the economy in the U.S., and it is heading toward one of the biggest societal crises that we can imagine, both here and abroad. That’s because despite the potential for new therapies and treatments, health care is becoming too expensive to deliver.

We’re still living in the “mainframe” era of health care, not in terms of IT or transaction processing, but as a metaphor of health care in its totality. In most of the civilized world, the expectation of society is that everybody should have the right to have access to this “mainframe”–in other words, state-of-the-art medicines and procedures and therapies for every imaginable health problem. But because health care already accounts for 15% of the GDP in the U.S., we can’t, as a society, afford to devote any more of our economy to it. So we’re going to have a schism. Keep in mind, revolutions have been waged over taxation and over dividing the economic pie. But this is life and death–some people will get access to this “health-care mainframe,” and everybody else dies.

That’s an extreme form of the “digital divide.”

Correct. So what we need to do is to jump extremely rapidly to the health-care equivalent of the low-cost PC. That will require the more sophisticated application of IT in drug development and manufacturing, much more standardization, better management of information, and many of the other innovations we developed for transaction processing. It took us 50 years to move from the mainframe to personal computing, but health care needs to go through a similar transformation in ten years or less.

Are there general business practices in which IT can trigger transformation and create new business? IBM, for example, is experimenting with a supercomputer that does “market research” by analyzing everything published on the Internet on a particular day.

You’ve got to look through the binoculars the right way. War is a big, complex business. Transaction processing is a big business. So are consumer electronics and media. Health care is the mother of all big businesses. Market research is a blip. There may be brilliant technology at work here, but it’s not transformative on the scale I’m talking about in these other arenas.

The point of all this is that, unseen and unrecognized by most people, an array of technologies climbing on the backs of commercial transaction processing has become competent enough to economically address other major problems. The IT business will reignite its growth only if it can use these tools to actively reach beyond traditional transaction processing to transform other vital aspects of modern life. The good news is that all the necessary pieces are in place.