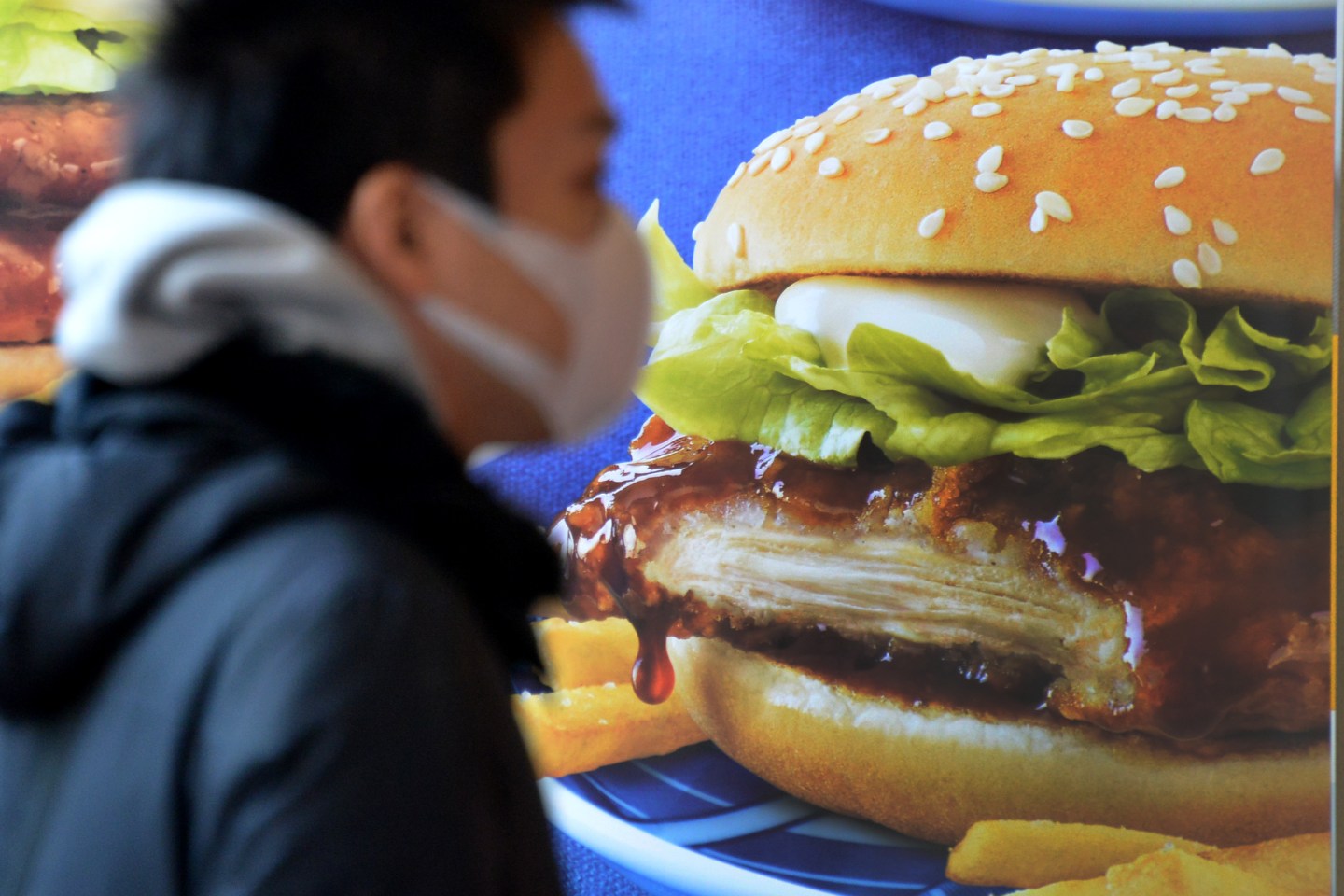 Fast food diners could be influenced to order food that's better for their environment, a study has found.
Hitoshi Yamada/NurPhoto

Fast food restaurants can battle climate change—even without reducing their paper and plastic use, according to a new study.

“These results suggest that menu labeling—particularly labels warning that an item has high climate impact—can be an effective strategy for encouraging more sustainable food choices in a fast food setting,” the study’s lead author, Julia Wolfson, associate professor in the Department of International Health at the Bloomberg School, said in a press release.

Such labels could also benefit public health. Eating red meat has long been linked to health issues like colorectal cancer, stroke, and type 2 diabetes, according to the study.

Using a 100-point scale, researchers rated the healthfulness of each menu item. They found that participants who had received a menu with “high climate impact” labels tended to choose menu items that were better for their health. Admittedly, however, none of the menu items were “optimally healthy,” the authors noted. In fact, the authors pointed out that the labels could end up negatively impacting public health by making “low climate impact” items seem healthier than they really are.

If customers perceive an “undeserved ‘health halo’” around climate-friendly dishes, such labels could wind up encouraging the consumption of unhealthy food, Wolfson noted. “So we have to look for labeling strategies that create ‘win-wins’ for promoting both more sustainable and healthy choices,” she added.

Getting restaurant chains to participate in such labeling may require legislation, Wolfson recently told CNN. While such labeling is relatively rare in the restaurant industry, U.K. Mexican food chain Wahaca includes two labels by each menu item: one with calories, and the other with carbon footprint, BBC recently reported.

As of April, the U.K. required restaurants that employ more than 250 people to list calorie count on their menus. Wahaca decided to take things a step further.

“When the government started telling us that we had to put calories on our menus, we thought it was a nice opportunity to start talking about carbon,” Thomasina Miers Miers, Wahaca’s co-founder, recently told BBC.

U.S. food chains Panera Bread and Just Salad began including carbon footprint notes on at least some of their menu items in 2020, though the practice is not widespread, industry publication Restaurant Business noted Thursday.