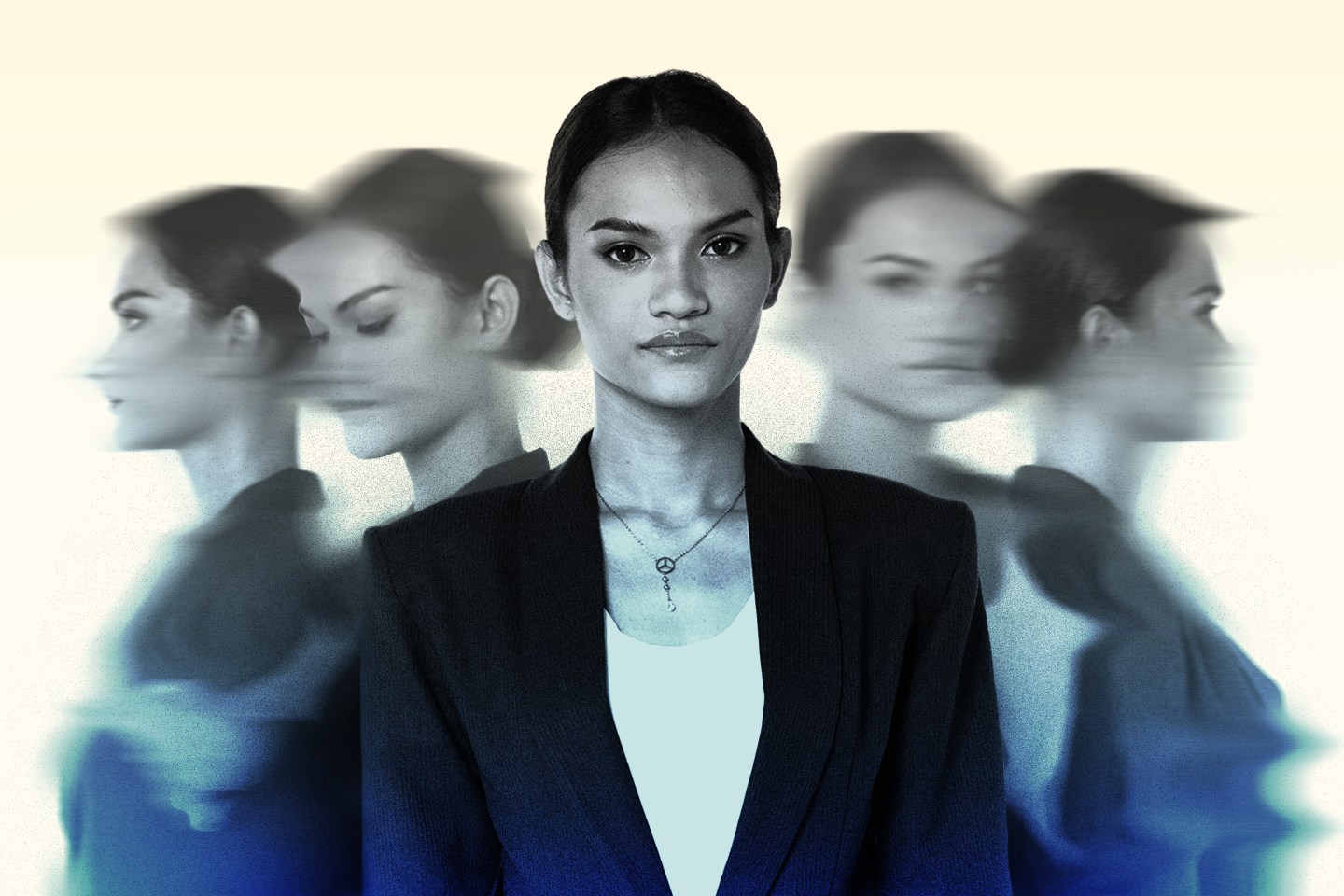 It wasn’t until the beginning of the pandemic that I finally found the courage to seek an ADHD diagnosis.

Stuck at home, I increasingly felt as though my brain had put up a wall between itself and my laptop. I forgot basic tasks; I left deadlines to the last minute; I struggled to speak up during zoom calls; I had panic attacks during the working day — all the time, never daring to tell my boss.

Without means for stimulation from the outside world I, like so many others, sought comfort through TikTok, and one day I came across a string of videos from creator Dani Donovan. The descriptions of her experiences spoke to me like no therapists ever had before. I’d suddenly discovered I wasn’t alone.

“So many of us felt alone our whole lives and we felt isolated and we felt like we couldn’t talk about it,” Donovan told Fortune. “We weren’t supposed to talk about it, and nobody would want to hear it. It was just excuses.”

Donovan, who has over 600,000 TikTok followers and over 12.6 million likes across her videos, uses her platform to express how ADHD has impacted her life, and gives advice on anything from how to get a diagnosis to using post-it notes around the house so you don’t leave without your keys.

Among her most popular videos are lists of traits that most don’t realize can be related to ADHD, including problems with auditory processing, sleeping difficulties, or forgetting things exist when they’re not immediately in front of you.

“ADHD isn’t just about attention problems,” Donovan says in one video — a fact that evidently sparked life-changing realizations for countless viewers, myself included.

Once I got my diagnosis, it was like a curtain had been raised and I suddenly understood how and why I’ve felt and acted the way I have my whole life. Now I could find coping mechanisms that actually worked.

Rates of diagnosis in women in particular have soared in recent years, across the world, as research has progressed. While post-pandemic statistics are limited, the trend is clear. In 2018, the CDC reported an increase of 344% in women seeking medication for ADHD, while Google searches in the U.S. related to ADHD in women more than doubled between March 2021 and March 2022.

Despite the latest increase, there remains a gender gap. Men are almost three times more likely to be diagnosed with ADHD than women. There’s no gender bias, it’s just harder to spot.

ADHD was first diagnosed in young white boys, with the guidelines for diagnosis resting largely on hyperactivity, which is also still a bit of a stereotype — it’s hard not to imagine a restless child distracting their classmates or running wild around a school playground.

Women and girls, on the other hand, are often diagnosed later in life, and most commonly with the inattentive form of ADHD where the symptoms are more internal, and any struggles can be invisible or are simply brushed off—even by medical professionals—as anxiety or depression.

Women are also more likely to “mask” their symptoms in an attempt to conform to the social and behavioral rules of society. For many, hiding their systems is a coping mechanism learned over years of living without a diagnosis.

The workplace is where many women with ADHD struggle the most, whether it’s attempting to work the same way as their neurotypical colleagues, navigating the social scene, living up to corporate expectations or, notably, finding the confidence to ask for help.

When I told my employer at the time I was diagnosed, my relief and excitement were short-lived. I felt misunderstood, and received a lack of sympathy on days when I struggled to keep up with my neurotypical colleagues.

I wasn’t alone in this either.

“I would get in trouble at work all the time. Even though I was meeting my deadlines,” said Donovan, adding that she was criticized for the length of time she took to respond to emails, talking too much or forgetting to turn in her timesheet on time.

I was overwhelmed with responses when I asked other neurodivergent women on Twitter for stories of their own workplace experiences. A common factor in all their stories was that they had struggled the most when they masked, kept their struggles private and soldiered on, often finding success within their career but sacrificing their mental wellbeing in doing so.

“I pushed myself to the breaking point to be successful in a workplace designed exclusively for neurotypical people, and I did very well. But I was exhausted and miserable,” said Allegra Chapman, who runs a diversity and inclusion company.

“I built a career in public relations, working all over the world for five-star hotels, restaurants, bars, celebrities etc. To my family and friends, my career seemed successful and glamorous. To me, it was a daily struggle with myself, with procrastination, self-doubt, masking, and waiting to be discovered at any moment as a fraud,” said Maria Dakova.

Several women told me that masking and forcing themselves to work a certain way was not sustainable, often leading to burnout and decreased productivity in the long term. For some, self-employment was the answer, allowing them the freedom to work in a way that suited them.

Other women, however, found positive relationships with employers that ultimately helped them to thrive both personally and as an employee.

How can workplaces accommodate neurodivergent people?

“Simply by starting the conversation, talking about autism and ADHD, and understanding the benefits of a neurodivergent workforce, opens up their business, reduces the stigma and fear and enables them to better support all of their people,” says Hester Grainger, co-founder of Perfectly Autistic, a U.K.-based neurodiversity consultancy.

Instead of suffering in silence and potentially burning out, employees should feel able to bring up their condition without fear of prejudice or negative reactions. That’s the point at which employers and employees can figure out how that person works best and adjust the working day accordingly.

Small things can have a big impact, said TikToker Donovan, who recalled how an old manager would set random meetings with vague subject heads such as “quick chat,” triggering anxious thoughts and fears of being in trouble — emotional dysregulation is a common trait. By simply asking her manager to add a little context each time, she alleviated an issue that had previously impacted her work.

“I have weekly line manager meetings where we talk about any pinch points or issues,” says Sartika Thatcher, a PR consultant, who explained how small adjustments made a big difference in her workplace.

“We also talked, right from the beginning, about how I like to work and how we can work best together…They have also let me try and change some wider ways of working to streamline or consolidate processes.”

It’s not just beneficial to the individual either. “Most people approach this as a ‘nice thing to do,’ but it’s much more than that — it’s a business decision,” says neurodiversity consultant Rachel Morgan-Trimmer.

“All the studies on neurodiversity at work point to the same thing, which is that inclusive companies are more innovative and productive, and generate more revenue,” she added.

To drive the point home further, an estimated 4.4% of U.S. adults and 9.4% of U.S. children have ADHD. Worldwide the prevalence of adult ADHD is an estimated 2.5%. Since those figures are based on known diagnoses, the true prevalence is certainly even higher.

“Many companies are now realizing that neurodiversity is a hugely important topic,” Grainger emphasized.

“Every company has a neurodiverse workforce, whether they know it or not.”