TikTok hashtags with billions of views spread harmful and false messages about body image to young people. How parents can intervene 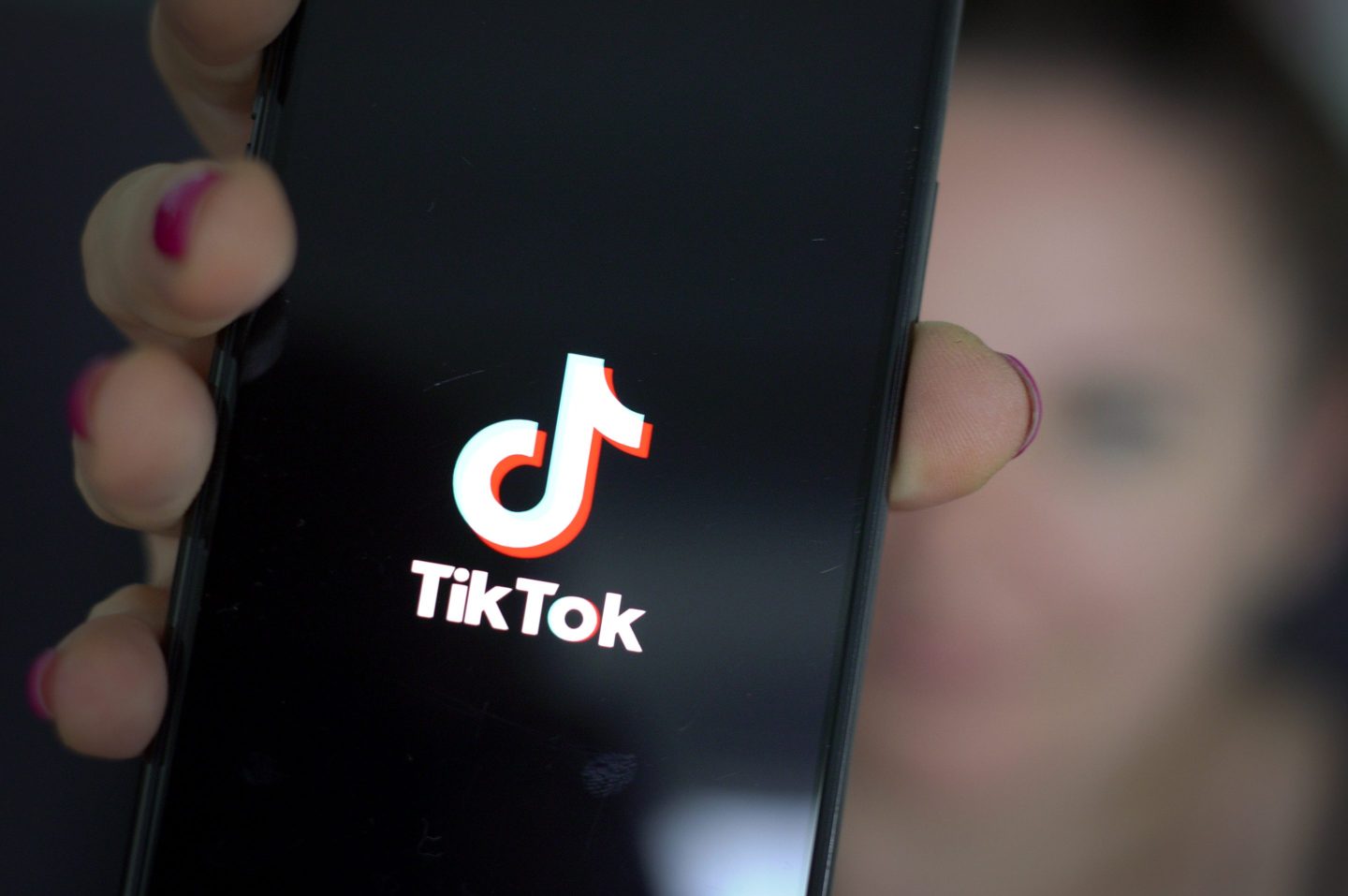 “It’s really young people talking to each other about food, nutrition, and bodies.”
Photo Illustration by Jaap Arriens—NurPhoto/Getty Images

The most popular food, nutrition, and weight-related TikToks expose young people to damaging rhetoric around body image and losing weight. While social media’s harmful effects on self-esteem and body image is not a new phenomenon, a new study published in PLOS One this week casts a wider lens on the relationship between TikTok, food and body image, and young adults.

In the study, conducted by the University of Vermont Department of Nutrition and Food Sciences, researchers downloaded 1,000 TikToks related to food, nutrition, and weight in 2020. The top 10 most viewed videos under 10 different hashtags, some weight-normative (focusing on weight as the main determinant of health) and others seemingly weight-inclusive, such as #weightloss #bodypositivity #whatieatinaday #nutrition #diet #mealprep (each with roughly a billion views), were then analyzed for key themes, including the celebration of weight loss, the idealization of thinness, and the absence of expert voices on the topic. At the time of collection, the #weightloss tag alone garnered nearly 10 billion views, and the study concluded that these videos demonstrated a narrow and not scientifically backed view of health as related to weight loss, Lizzy Pope, author of the study and associate professor and director of the didactic program in dietetics at the University of Vermont, tells Fortune.

Not to mention, the videos shame those who are perfectly healthy and reside in larger bodies, as if they need to change something to be happier or fit in. Almost 44% of the videos studied were related to weight loss: Over a fifth of those showed someone’s weight loss changes visually, and less than 3% had any weight-inclusive content.

“We know that people are struggling with [body image and weight]. Seeing this content that makes weight loss look really easy or achievable just reinforces kind of a fantasy that doesn’t exist,” Pope says.

The fitness-related content also had a key focus on weight loss, and the study found that people spoke about being happier once achieving weight loss goals, which can falsely tie weight to self-worth.

“We’ve all been told that we need to maintain certain weights or bad things are gonna happen to us, and then we’re desperate to fit into that thin ideal,” Pope says. In actuality, the vast majority of diets fail, and cycling between weights has its own health implications, Pope says. The researchers write that “videos glorifying weight loss on TikTok represent a moment in time, but do not show the longer-term effects of weight loss interventions.”

Even the common #whatieatinaday or #mealprep tags perpetuate a view of using food as a means to attain an idealized body image or weight over simply eating for enjoyment and nourishment. Almost half of the nutrition-related content the team coded seemed to give food advice, much of it focused on losing weight or what to eat and not eat, per the study’s results. And something seemingly hopeful like the #bodypositivity tag still had weight normative coding, Pope says.

“What we noticed was, there was an undertone of having to justify ‘It’s okay for me to feel good about my body if it doesn’t conform to the thin ideal,’ and ‘I’m justifying it,’” she says. Pope also came across videos that read something like, “The five ab exercises to do in your bedroom to achieve results.” Videos like this allude to a certain aesthetic, charm, and even “seduction,” she says, but are not accurate nor helpful. They can actually lead to disordered eating behaviors and thoughts, like feeling guilt, shame, and anxiety around food, or constantly dieting and skipping meals, to name a few.

Maybe most jarring is that the content, viewed billions of times, is largely created and put out in the world by a subset of young people: those who are predominantly white and don’t reside in larger bodies. In their analysis, the researchers found that 1.4% of the nutrition content coded was created by a registered dietitian.

“It’s really young people talking to each other about food, nutrition, and bodies,” Pope says, noting that a lot of people are left off the stage and cannot see themselves in the content. “Teenagers who were creating this content are not going to listen to my TikToks,” she says. There are registered dietitians and experts on the platform but, by and large, it’s the young people who are gaining the views and drawing attention to the false assumptions around what is already commonplace in society, she says, and reinforces what they see.

While eating disorders don’t commonly have one sole trigger, this type of content seen on a consistent basis can trigger or exacerbate eating disorder symptoms, or make recovery that much more difficult, Dr. Elizabeth Wallis, an expert in youth eating disorders and director of the Friedman Center for Eating Disorders at the Medical University of South Carolina, tells Fortune.

What can parents and guardians keep in mind?

Talk to your child about their social media consumption

In this day and age, it feels difficult to ban all social media or take children away from the potentially positive social aspects of being connected online. Instead, consider being open about social media with your child and asking them: What are you consuming? What are you learning about food and bodies, and what interests you about this? Is this backed in facts?

Consider “helping them recognize the power that some of that content can have,” Wallis says.

It can serve to challenge the ideals that are not evidence-based and rework the narrative so commonly thrown to the public.

“I encourage parents to be curious and pay close attention to the cultural messages their children receive, to watch and talk about content together, to ‘manage their feeds’ by unfriending/unfollowing triggering profiles,” says Kristina Saffran, cofounder and CEO of Equip, which provides a team of experts to help families recover from eating disorders.

How you speak about food and bodies matters

There are messages everywhere that label food as good or bad, which can contribute to the shame when people eat certain foods and lead to anxiety about food and body image. You may say something without intentionally talking about weight, like “treating yourself,” or “burning something off,” or saying you “don’t deserve to have” a certain kind of food. Negative classifications of food can slip out when you’re around your kids, Pope says.

Know that eating disorders don’t look the same in everyone

Many assume that people need to look as if they are underweight to have an eating disorder when in reality, people of all body types struggle with eating disorders.

“It’s often kids in larger bodies who have really bad eating disorders who never get help because nobody thinks that that’s possible,” Pope says.

Don’t wait for someone to show the signs of an eating disorder to take action, or solely monitor how you talk about food; be mindful that anyone can struggle with self-esteem, food, or how they look. When talking to young people, emphasize that there is a larger societal issue around what is deemed healthy and not, taking the onus off the individual to have to combat this all alone.

“We have to be spending so much of our lives eating and manipulating our bodies to achieve certain sizes, and that’s such a waste of effort,” Pope says. “How do we dismantle that culture across the board? Because especially for women, we have been victim to the patriarchal deployment of diet culture for so long…We’re not buying it anymore.”