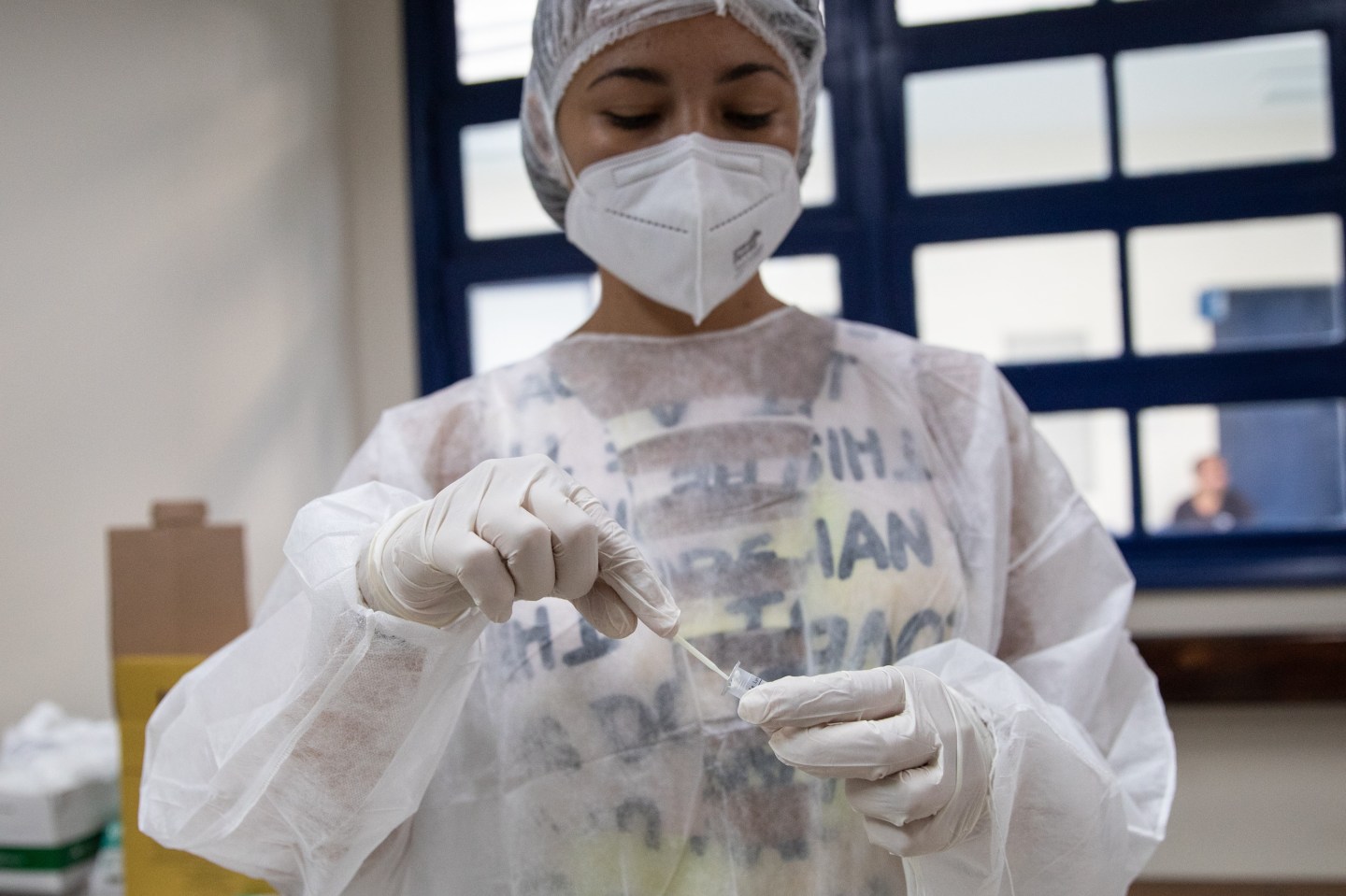 Earlier this year, all eyes were on “Deltacron”—a Frankenvirus, of sorts, that combined Delta and Omicron, and potentially the worst traits of both.

The initial strain, reported in January, failed to take flight. Reports of additional Delta-Omicron hybrids, in multiple locations across the globe, later emerged, then fizzled.

But in the waning days of 2022, the Deltacron phenomenon is back—if it ever left. This time it’s in the form of new COVID variants XBC, XAY, and XAW.

In a worst-case scenario, a Delta-Omicron hybrid could be as deadly as the Delta variant—which killed about 3.4% of those it infected, nearly double the fatality rate of Omicron, according to a 2022 study published in Nature Reviews Immunology. It could also feature the record-setting transmissibility of Omicron.

Predicting the severity of such a strain is difficult because scientists aren’t sure exactly why Omicron seems to cause less severe disease in many people, when compared to Delta.

XBC—a combination of Delta and “stealth Omicron” BA.2 circulating in Asian countries like the Philippines—has the greatest potential in the group for transmission, variant tracker Raj Rajnarayanan, assistant dean of research and associate professor at the New York Institute of Technology campus in Jonesboro, Ark., tells Fortune. It’s been identified in the U.S. but only in seven cases so far, mainly from California.

Because XBC contains the viral body of Delta and the spike protein of Omicron, it’s less likely to combine the easy transmissibility of Omicron with the deadly penchant of Delta to hide out in the lungs, experts say.

But they caution that scientists don’t fully understand why COVID morphed from a lower-respiratory disease in the days of, and prior to, Delta, to a less severe upper-respiratory disease for many in the era of Omicron. The shift may involve changes outside the spike protein, which the virus uses to attach to and infect human cells. If so, it’s anyone’s best guess how future Deltacrons—even with Omicron spike proteins—will present in terms of symptoms.

‘American Pi’ in the future?

Little is known about XBC, including what its symptoms are. Scientists are aware, however, that the new variant has spawned additional variants, Rajnarayanan points out.

Far less is known about XAY and XAW, first reported in South Africa and Russia, respectively. Other Deltacrons reported earlier this year, including XD in France and XS in the U.S., never took off, perhaps because they were less transmissible than “stealth Omicron.”

Regardless of how these Deltacrons play out this fall, there’s always potential for another.

While Delta is rarely reported these days, it’s still being found in some places overseas, like China. And persistent infections in immunocompromised people—who may not be aware that they’re immunocompromised or that they have a long-term infection—may mean Delta lives on, undetected, in patients worldwide.

In animals, Delta variants—with the potential to transmit back to the human population—have been reported in more than half of U.S. states, usually in deer and mink. While the bulk of Delta infections in animals have been detected in North America, they’ve also been reported in Lithuania, Switzerland, Hong Kong, Poland, Latvia, the Netherlands, Canada, South Africa, and additional countries.

A combination of Delta and Omicron is “not automatically worse,” cautions Ryan Gregory, a professor of evolutionary biology at the University of Guelph in Ontario, Canada.

Delta’s ability to dodge the immune system—which pales in comparison to that of the latest Omicron strains—in combination with Omicron severity isn’t an altogether horrible prospect. It’s not nearly as bad as that of a Deltacron with Delta’s severity and Omicron’s transmissibility and immune-escape capabilities, he said.

Scientists this fall are also keeping an eye on Delta strain AY.103, which picked up some mutations present in some Omicron strains as it evolved in mink and deer.

Such a variant—transmitted by the animals or immunocompromised patients it developed in—has the potential to be the next “big thing” in coronavirus evolution, the likes of which haven’t been seen since Omicron burst onto the scene roughly a year ago.

“An American ‘Pi’ might pop up like this,” Rajnarayanan said, referring to the potential of AY.103 or a similar strain of Delta—different enough from Omicron to be granted its own Greek letter name by the World Health Organization—to rise to prominence.