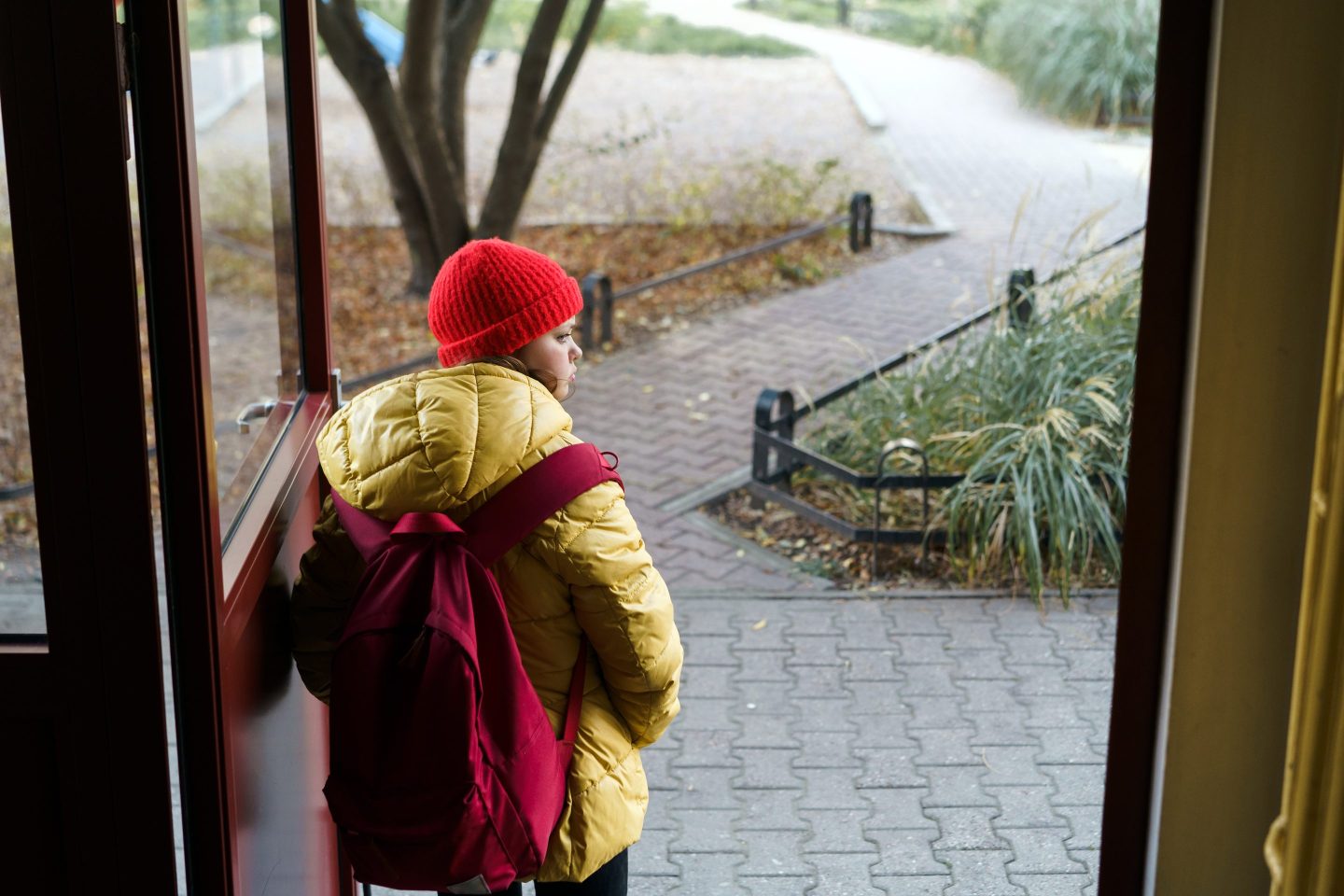 Were you a so-called latchkey kid? The seemingly old-fashioned phrase that refers to children who stay by themselves after school is making a comeback as parents struggle to find spots in after-school programs.

Heading into the current school year, 24.7 million U.S. children are not enrolled in an after-school care program who otherwise would be if their parents could find a spot, according to a survey released in August by the Afterschool Alliance. That’s up slightly from pre-pandemic levels and the highest rate the nonprofit has recorded of students going without sought-after care.

Thanks to staffing shortages among teachers and childcare providers—and more parents returning to in-person work, the demand for after-school care is on the rise. When offerings fall short, many American families are forced to stitch together care among programs offered at school, off-site childcare centers, and family, or by rearranging their work schedules.

For those unable to secure adequate coverage, becoming a latchkey kid may be the only viable solution—even if that means kids need to make their own way home and supervise younger siblings.

Yet these programs remain a critical lifeline for working parents—even if many only provide care until 5 p.m., sending parents scrambling to leave work early. Among families where both parents work outside the home, 87% report that after-school programs help them keep their jobs.

“Now more than ever, our kids need the after-school and summer learning programs that keep them safe, inspire them to learn, and provide working parents with peace of mind,” Afterschool Alliance executive director Jodi Grant said in a statement. Grant added that not enough after-school programs have been able to access federal COVID relief funds, which further exacerbated the problem.

After-school care needs to be more than an afterthought

Kathy Lando, a Brooklyn-based mother of two, is one of those parents stuck cobbling together care. For the upcoming school year, she plans to use an off-site after-school care program that will pick up her kids from school two days a week and an on-site program that will supervise them at school for the other three.

“When I got to our current school, I realized they don’t really have an infrastructure set up for after school, and parents had to go and fend for themselves to figure it out,” Lando says. “The school website puts down after-school options, but they don’t spell out the fact that they’re not there. It’s separate from the school. And you’re not guaranteed a spot.”

And this stitched-together solution comes after Lando has spent 25 to 30 hours a week in recent months attempting to boost the after-school programming at her youngest daughter’s school through the parent-teacher association’s (PTA) after-school committee.

“It was just kind of an assumption that there will be provisions for after school because we live in a world—especially in New York City—where most families are two-income families. It’s not the 1950s anymore. I hardly know anybody that stays at home,” Lando tells Fortune.

But even with all the extra work, Lando has only secured roughly 265 spots for after-school care in a school with a student population of about 1,000. And each of those spots was hard fought, Lando says, adding that the PTA had to contract with three separate programs to offer even that level of care.

The biggest struggle seems to be finding staff, Lando says. When you’ve got Amazon and Starbucks paying similar wages, without the stress of talking to parents and being in charge of children, it’s a tough sell, she notes.

But along with staffing shortages, Lando says the rules and regulations around setting up and operating after-school care programs are difficult to navigate—and they vary dramatically from school to school, district to district. Additionally, most school budgets don’t include funding for after-school care, or for the administrative positions and staff needed to run the programs.

“It’s different with every school,” Lando says. She notes that the New York Department of Education website, for example, states that most after-school programs are free. “That’s misleading,” Lando says. “Parents are going to go under the assumption that it’s going to be free, or close to free—and it’s going to be easy. It’s not easy.”

Cost remains the top barrier to why more families don’t enroll their children in after-school programs, according to the Afterschool Alliance’s survey. A lack of safe pickup and drop-off options comes in second, followed by inconvenient locations and operating hours. Black and Latino families are also more likely to struggle to find care, according to the alliance’s analysis.

There’s no help coming from the federal government, as President Biden’s proposals for increased childcare funding did not make it into the Inflation Reduction Act that passed Congress earlier this summer. Several individual states have boosted their funding toward childcare, but that money may not directly affect the after-school care shortfalls.

For many parents, that means there’s no real end in sight for their struggle to find after-school care—even as they look to get back to work and give their children broader experiences.

“Now that we can expect less quarantining and more consistent openings, the assumption is that there’s more spots. We want to get our kids out—for our own peace of mind, but it’s also better for them for learning,” Lando says.