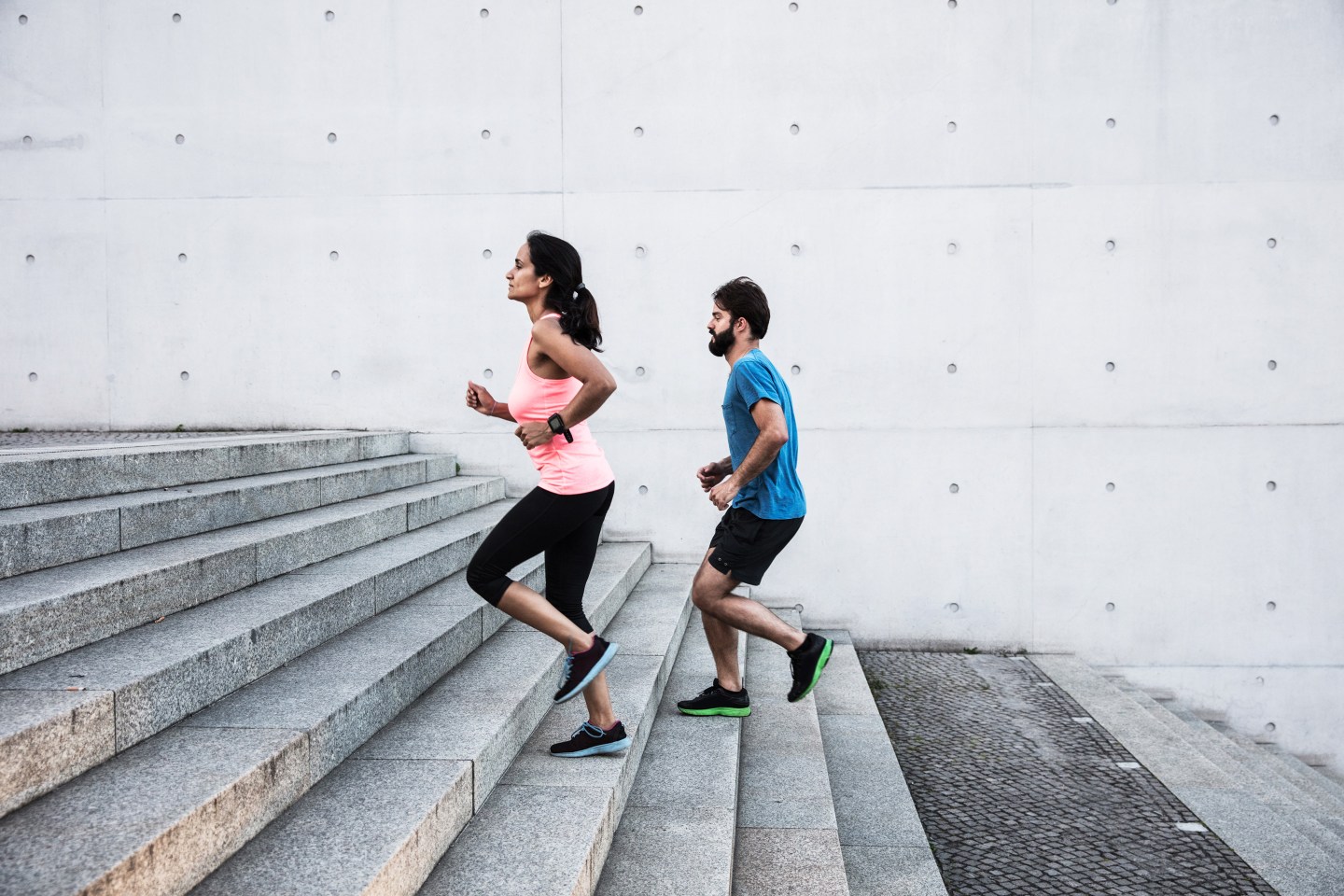 Group activities that involve a social component, learning a new language or skill, or trying a new game are beneficial.
Getty Images

As the aging population in the U.S. continues to grow, more people are diagnosed with Alzheimer’s every day, and the number is expected to climb to 13 million by 2050. A new study examines how lifestyle factors, specifically physical and mental activities, affect the brain’s thinking reserve and impact the mental aging process.

The study awarded one point for each mental activity, (including reading, playing cards or games, and going to a class) for a maximum of three points. For each additional mental activity over three, women lessened the aging in their mental processing by 10 years. For men, it was 17 years.

“It is never too early or too late to engage in physically and mentally stimulating activities,” Judy Pa, researcher and author of the study tells Fortune. “It is also a good idea to try new activities to continue challenging the brain, mind, and body to learn and adapt.”

Women were more likely to engage in social activities in groups than men, which could potentially explain the differences between the sexes. Group activities that involve a social component, learning a new language or skill, or trying a new game are potentially beneficial activities to try, Pa says.

The researchers further concluded that increasing mental activities was associated with faster thinking speed in both men and women, and with increased memory reserves in women only.

The study, released July 20 by the American Academy of Neurology, analyzed brain scans of 758 individuals with the average age of 76. The study also tested participants’ thinking speed and calculated their “cognitive reserve,” described as the capacity to have strong thinking skills even when the individual has dementia or cognitive decline. The researchers compared these scores with the participants’ levels of weekly physical activity and mental activity.

The study found that physical activity was associated with faster thinking speed in women, but not in men, while physical activity was not associated with greater memory reserves for men or women. The study authors found that being twice as physically active as initially recorded would cut 2.75 years of aging off women’s lives as it relates to their processing speed.

Women are more at risk for developing Alzheimer’s than men, and they make up two-thirds of cases. This is likely due to a more complex set of biological and societal factors related to hormone levels and the stress that comes with aging, Pa says. Studying how physical and mental activity affects men and women differently is therefore important, but Pa notes more research needs to be done to determine any correlation between physical activity, mental activity, and cognitive reserve in men versus women.

“What types of activities, how often, and for whom are active areas of investigation in the Alzheimer’s field,” Pa says. “Ultimately, [increasing mental activity]  is a favorable relationship in women and men and provides new avenues of behavioral therapeutics for combating Alzheimer’s risk.”

While lifestyle changes are shown to slow or prevent cognitive decline, more research is needed to experimentally study the differences by sex, says Stephen Rao, a professor of neurology and director of the Schey Center for Cognitive Neuroimaging at Cleveland Clinic. He pushes for more experimental studies, testing an equal number of men and women, and an equal number of people predisposed to Alzheimer’s.

“There is good evidence that physical activity and higher levels of mental activity are protective for the brain,” Rao says, noting that people who exercise are more likely to delay the onset of Alzheimer’s, which can over time reduce the total number of people living with and dying from the disease.