Inside the most influential fashion show in menswear

For the best in menswear fashion, a biannual trip to Tuscany is not to be missed.
BYEmilie Hawtin
February 17, 2020, 11:30 AM UTC 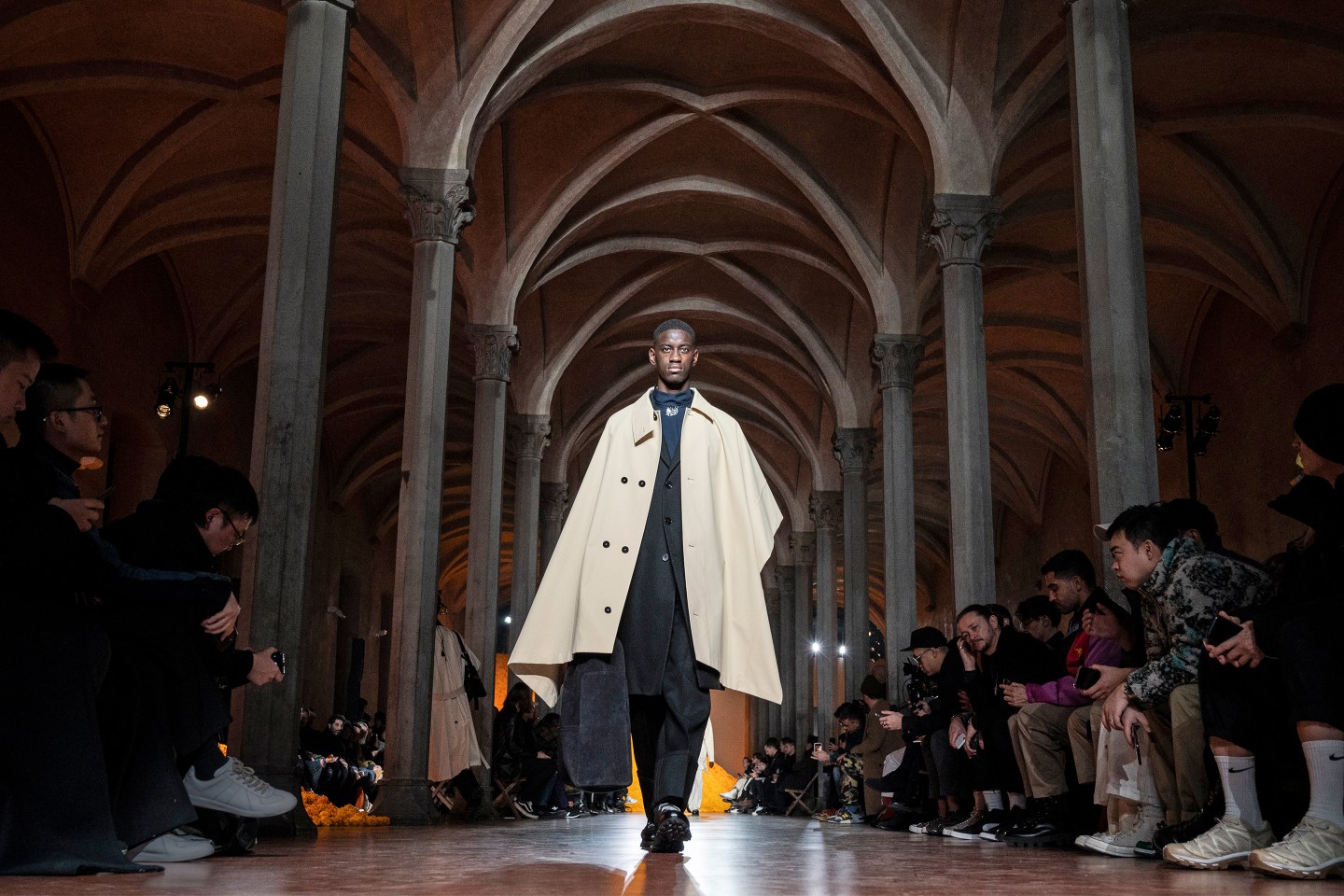 Since 1972 the sartorial elite of men’s style have gathered in Florence for a meal at Trattoria Cammillo—with reservations made far in advance. They’re in town for Pitti Uomo, the most influential show in menswear that remains a very consciously niche event. Pitti takes over the city for four days every January and June and is a vital stop before a more youthful, showier Milan Fashion Week. It’s also far beyond the norm.

Like a decades-old Armagnac, Pitti is better experienced than described. With 21,400 buyers, 1,200 exhibitors, and countless editors, photographers, and tastemakers from around the world in attendance, there’s something for everyone. It’s a place where bespoke is expected, vanity is soaring, and the streets of Florence are overrun with ankle-­exposing loafers in the perfect suede patina.

“This is the Super Bowl of men’s style,” says Scott Schuman, whose pioneering photography put Pitti on the map as the source for the real style of real men. “Milan and Paris Fashion Week are more of a young men’s game,” adds Schuman. “Here you see how to dress well as an older guy, a big guy, a skinny guy. Pitti is so diverse.”

The Brioni show at the first Pitti dedicated to menswear in 1952.
Courtesy of Brioni

The show occupies a dozen buildings within the Fortezza da Basso. Regardless of how many times one attends, the concentration of brands can be dizzying—especially after a night of Negronis at Harry’s Bar. There you’ll find well-lapelled men concluding many Pitti nights.

The main pavilion is devoted to the evolution of tailoring and the brands redefining it—a thoughtful mix of collections that could easily live within one lucky man’s wardrobe. Savile Row’s friendliest new neighbor, Drake’s, is just a stone’s throw from the après-ski–inspired booth of cashmere king Brunello Cucinelli. Dozens more booths showcase a new wave of international clothing brands that have adopted a traditional way of doing things.

“Pitti plays a fundamental role in defining the taste of men’s collections all over the world,” says Cucinelli. “Our presence here has become increasingly important, and the space allows us to showcase our philosophy.”

According to Raffaello Napoleone, the show’s CEO, “Pitti is the only appointment worldwide where you can understand menswear in a few square meters.”

Buyers and tastemakers get up close and personal with the goods.
Courtesy of AKAStudio Collective/Pitti Uomo

The reasons for attending are as diverse as the crowd, but it all leads back to the discovery of style and the innovation of artisanal leaders. “People want quality, an honest story—the real stuff,” says the young founder of Les Belles Heures, Sylvain Deleuze, who designs classic silk and cashmere scarves with a modern edge. “It’s spreading in the market and at Pitti. The most influential people are professionals.”

Michael Hill, the visionary behind Drake’s, holds court every season with one of the largest spaces at Pitti. The brand’s distinctive look reflects Hill’s personal warmth and his well-stamped passport. At ease in a corduroy suit and desert boots on Savile Row, Hill is inspired by the meticulous approach of Japanese artisans. “There’s an international perspective to balance with our own, and Pitti is one of the places we learn how to do that,” he says.

De Petrillo is one of the enlightened brands catering to this market with a Japanese-specific fit of the exceptional suits and jackets they make with Neapolitan ease.

Pitti’s open format allows anyone to eye what buyers and editors are gravitating toward, which this year included labels ­Private White V.C., Lardini, Errico Formicola, Orazio Luciano, and Sciamat, all of them embodying the shift toward informality with sartorial sophistication.

Fortune spies Paul Croughton, editor-in-chief of Robb Report, seeking out elegant clothes in gorgeous fabrics by Boglioli and Ring Jacket. GQ’s Sam Hine is a fan of Pitti’s guest designer program, which, he says, encourages a fresh, unisex perspective: “Even though the bulk of the fair is about traditional men’s tailoring, Pitti’s organizers know where things are headed.”

Indeed, in 2019 they partnered with Jeremy Kirkland of menswear podcast Blamo! to bring the show to enthusiasts beyond the Fortezza with short-form audio vignettes of the scene.

Florence-based Niccolo Ricci is confident that the old will continue to prevail in the new. His family’s company, Stefano Ricci, preserves centuries-old textile processes while designing for the international elite. “I understand streetwear and sportswear, but you have to remember how things started,” he says. “The hope is that we see younger guys dressed in made-to-measure suits or at least in some jackets.”

A version of this article appears in the March 2020 issue of Fortune with the headline “The Stylish Merchants of Florence.”