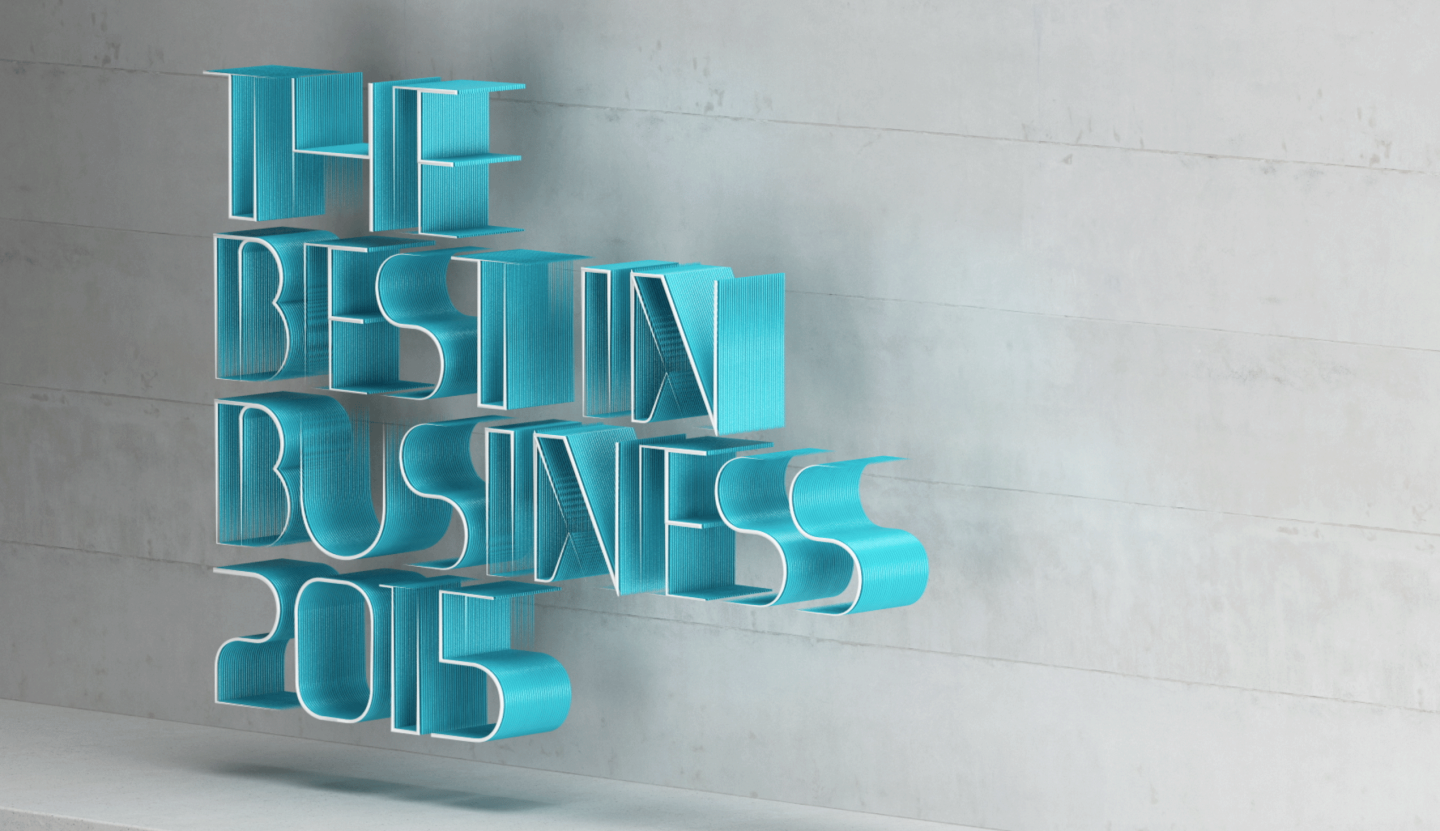 There was a lot to love in a year that gave us the Apple Watch, a malaria vaccine, and a new Star Wars movie. But it wasn’t all Taylor Swift singles and 24-hour access to Egg McMuffins. Here, the highest highs and lowest lows of a remarkable year.

It’s taken 30 years and more than $565 million to make it happen: the first-ever malaria vaccine. The inoculation, called Mosquirix, is the first of its kind to fight a parasite and has the potential to transform the lives of millions.

An estimated 500,000 people die from the disease every year—most of them children. In clinical trials Mosquirix reduced malaria cases by about 40%. Magic bullet? No, but it’s big progress against a tropical disease that has received relatively little attention and funding from drugmakers. Mosquirix’s manufacturer, GlaxoSmithKline (GSK), views it as a “first-generation vaccine,” says Moncef Slaoui, head of its vaccine division. A more effective follow-up drug is already in the works.

Amazon (AMZN) reported $500 million more in revenue than analysts expected last quarter. We’re not saying it was because of the year-old Amazon Echo, but this $179.99 device has been one of the most successful products launched by the online retailer. The cylindrical speaker contains seven microphones and listens for your queries and commands. It also answers questions, controls most connected home gadgets, plays bingo, and recites your schedule. Sure, it sometimes has trouble with queries (it can’t define “aubergine,” for example), but the best part is, it gets smarter all the time. Think of it as Amazon’s first step in the race for electronic personal assistants.

Star Wars cast. Finally, the movie audiences have been looking for. Merchandise sales alone could hit $5 billion in its first year.

(Non–Star Wars) Entertainment Launch
Fallout 4. The videogame sold 12 million copies and generated over $750 million in its first 24 hours, blowing other pop culture releases (sorry, Adele) out of the water.

Emoji
“Face With Tears of Joy.” It’s Oxford University Press’s “word” of the year and makes up 17% of all emoji used in the U.S.

Biggest Gainers in the Fortune 500

Remember Qwikster? Netflix’s 2011 attempt to ditch its rental-by-mail business and focus on streaming ignited mass outrage. Now streaming is ascendant—and so is Netflix (NFLX). The company’s stock price more than doubled this year. Amazon* didn’t do half bad either.

Surely Volkswagen (VLKAY) feared the competition. Maybe it worried about regulators. But chances are it didn’t give a fig about the little lab at West Virginia University testing diesel cars on American roads. It should have: It was this scrappy, five-man team of mechanical engineers that first caught on to the German giant’s emissions-cheating ways, kicking off the biggest business scandal of the year (and possibly the decade). VW, the world’s eighth-largest company in 2014, has lost 34% of its market value since the scandal broke in mid-September.

The Quotes That Said It All

“We see that privacy is a fundamental human right that people have. We are going to do everything that we can to help maintain that trust.”
—Tim Cook, CEO, Apple (AAPL)

“Let us not be afraid to say it: We want change, real change, structural change.”
—Pope Francis, criticizing the system of capitalism before his first visit to the U.S. in October

“Nearly every person I worked with, I saw cry at their desk.”
—Former Amazon* employee Bo Olson to the New York Times, in a hotly debated article on the work environment at the e-commerce giant

It may not be just chance that when a reality-TV star graced the Republican primary debates, they broke ratings records. (Donald Trump doesn’t think so, anyway.) The first bout, hosted by the Fox News Channel in August, was the most watched ever. Subsequent debates drew less attention, but even the 14 million viewers for CNBC marked all-time high ratings for that network.

Congressional Republicans consolidated power, but besides nudging trade forward, they couldn’t use it for much (thanks, Tea Party). That meant other priorities that GOP leaders shared with business leaders—think wholesale rewrites of tax and immigration laws—have remained stuck in neutral.

One dollar today can buy you 307 Kazakh tenges—up from 181 in January. It wasn’t the only currency that withered against the strong dollar.

Back at the helm of the whimsical social media site, Twitter’s (TWTR) co-founder has wasted no time launching new features and cutting staff. He also held on to his other job as CEO of payments company Square (SQ). At least he’s not the only one distracted by Twitter.

Mergers and acquisitions in 2015 were at an all-time high, surpassing their 2007 peak, according to Mergermarket. But nothing quite compared with Allergan’s (AGN) head-spinning M&A spree. In the span of one year it sold itself (to Actavis), kept its name but moved to Ireland, broke itself up (selling Actavis’s legacy-generics business to Teva) (TEVA), and announced the year’s biggest merger (its pending $160 billion megadeal with Pfizer) (PFE). Allergan’s shareholders might worry that the company was having an identity crisis, if not for the fact that the stock has returned about 19% over the past year, lapping the rest of the pharma industry’s meager gains.

Who needs stormtroopers when you’ve got dinosaurs? Led by Jurassic World, the summer’s biggest hit, Universal set a new record for full-year global ticket sales—topping Fox’s $5.5 billion haul in 2014—before the end of August.

But it wasn’t all raptors and Chris Pratt. The high-octane thriller Furious 7 and animated spin-off Minions gave Universal three separate billion-dollar blockbusters. The studio also scored a string of surprise box-office smashes, including Fifty Shades of Grey, Pitch Perfect 2, and Straight Outta Compton. Near the end of 2015, Universal was closing in on $6.5 billion in worldwide sales while boasting more than a 20% share of the global movie market, says research firm Rentrak.

Of course, Universal has some competition from runner-up Walt Disney Studios (DIS) and its late-December Star Wars release. But the studio’s many hits built such a lead that even the Force’s awakening won’t be able to bridge the gap.

The year’s biggest IPO marked a comeback for one of the most troubled LBOs in history. First Data’s (FDC) debut wasn’t all roses, though. Its shares were priced at the low end of the expected range, par for the course in a year when the most promising companies are staying private.

The short-term home rental startup saw its valuation soar from $10 billion to $25.5 billion in 2015. It’s still dwarfed by Uber, though, which was valued at $51 billion after an $11 billion jump.

Not only did she manage to keep the eurozone together in the face of intense provocation from Greek politicians and the extreme reluctance of her own voters, but the German Chancellor gave a voice to all those in Europe for whom charity was more important than realpolitik as the migrant crisis washed over an unprepared continent. That powerful show of moral leadership may yet return to haunt her (and her country), but for many thousands it has already meant the difference between hope and despair.

Most Riveting Fall From Grace

Valeant, Theranos, Turing, and the Rest of the Biotech Sector

It was a year of amazing highs and humiliating lows for biotech companies. The Nasdaq Biotechnology index hit an all-time high early in the year, only to come crashing back down. Public outrage over a drug-pricing scandal (focused on Turing Pharmaceuticals), a federal investigation into business practices at Valeant Pharmaceuticals (VRX) (among other companies), and questions about the efficacy of the blood-testing technology at Theranos helped drive a selloff in the sector that sent the index plummeting 27% from its peak. Biotech spent the rest of the year slowly climbing back from the loss.

Silver Medalist: HP splits in two, forming one company focused on cloud and enterprise tech (HPE), and another on PCs and printers (HPQ).

Bronze: GE (GE) is unwinding its finance arm to concentrate on its core industrial operations.