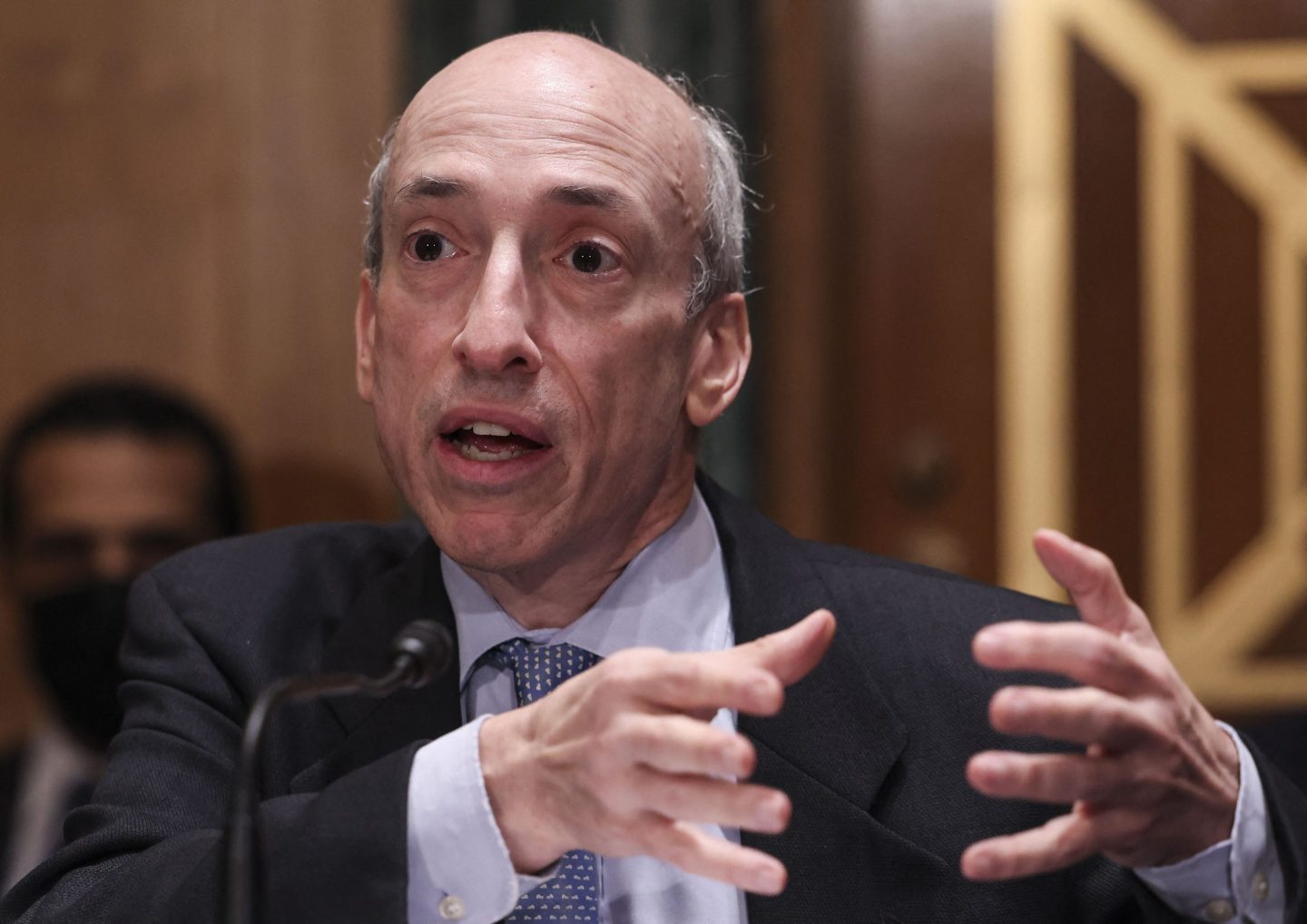 Gary Gensler is chair of the Securities and Exchange Commission.
Photo by Evelyn Hockstein—Pool/AFP/Getty Images

In an interview on Thursday with former Secretary of Commerce Penny Pritzker at the NYC Summit, a conference for venture capitalists and tech founders, Gensler said that most digital tokens are similar to securities because the underlying companies or groups are run by entrepreneurs looking to attract public investors.

He added that crypto intermediaries should register with the agency.

“I’ve said, ‘Come in, talk to us, help get the intermediaries registered—the crypto exchanges, the crypto lending platforms, the crypto broker dealers, registered,’” he noted at the conference.

Gensler added that the SEC can use exemptive authority where possible to help tailor regulations.

“This field, crypto, is neither going to take off—if you think it will—unless you’ve got some trust that the public can have in this field,” he said.

In prepared remarks before a separate Thursday event, organized by the Practising Law Institute, Gensler said the “vast majority” of cryptocurrencies are securities and crypto investors should get the same protections as those who are buying and selling stocks.

Gensler also said that he will continue to apply the Howey Test, established by the Supreme Court in 1946, to dictate whether cryptocurrencies are securities. The Howey Test says an “investment contract” exists “when there is the investment of money in a common enterprise with a reasonable expectation of profits to be derived from the efforts of others,” according to the SEC. If transactions qualify as investment contracts, they are considered securities.

The SEC chairman also said certain stablecoins may in some cases be defined as securities “depending on their attributes, such as whether these instruments pay interest, directly or indirectly, through affiliates or otherwise; what mechanisms are used to maintain value; or how the tokens are offered, sold, and used within the crypto ecosystem.”

Gensler, who last year called the crypto industry the “Wild West,” added that crypto doesn’t need any additional guidance, pointing to several examples of guidelines issued by the SEC—including the DAO Report, which found that tokens issued by the DAO virtual organization were securities, and the Munchee Order, which led to California-based Munchee Inc. refunding $15 million raised from a 2017 initial coin offering. He also cited “dozens of enforcement actions” as a way that the SEC has communicated guidelines.

“Not liking the message,” he said on Thursday, “isn’t the same thing as not receiving it.”