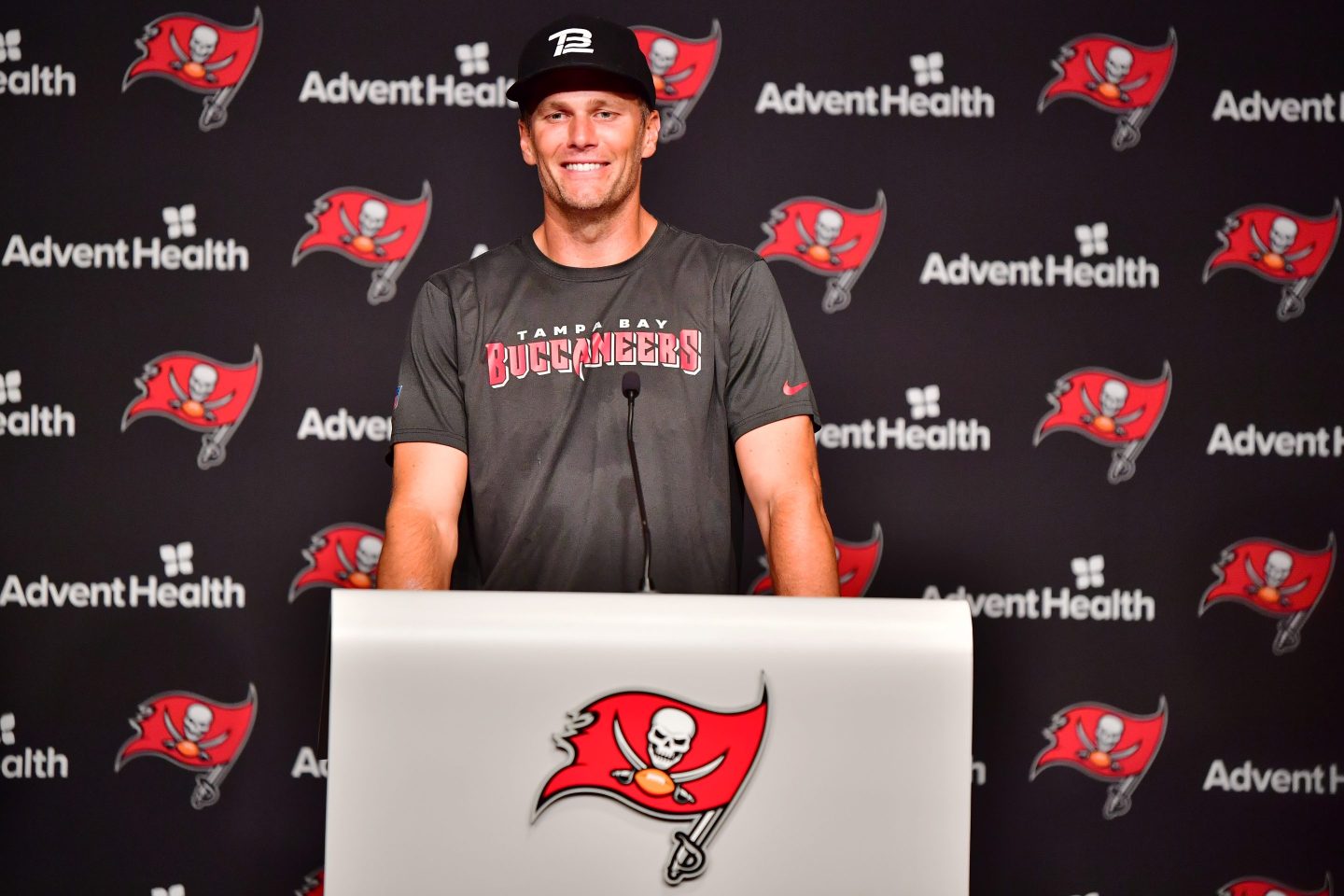 We may be in a crypto winter, but luckily Tom Brady brought his flamethrower.

In an advertisement for the crypto exchange FTX posted on his Twitter account this week, the seven-time Super Bowl–winning quarterback uses the flamethrower to thaw a block of ice that contains a Bitcoin.

Standing next to a pool and wearing sandals, Brady shoots flames at a block of ice, thawing it and releasing the Bitcoin within.

“A lot of people think this is how you mine Bitcoin,” Brady says in the video. “But you don’t need a flamethrower to buy, sell, or trade Bitcoin and crypto safely.”

In the Monday tweet written on Independence Day accompanying the video Brady wrote, “I’m around if anyone needs me for their 4th of July barbecue.”

When Brady first added laser eyes to his profile picture in June 2021, Bitcoin prices coincidentally dropped, causing the quarterback to acknowledge the decrease on social media.

“Alright the laser eyes didn’t work. Anyone have any ideas,” he tweeted at the time.

His July 4 ad isn’t the first time Brady has worked with FTX. Last June, Brady and his wife, Brazilian supermodel Gisele Bündchen, took an equity stake in FTX and agreed to become ambassadors for the company. In September 2021, Brady and Bündchen promoted the crypto exchange in the first commercial they starred in together.

Aside from his business with FTX, Brady is also involved in his own crypto-related venture. Last July, the NFL star cofounded the NFT platform Autograph. The company raised $170 million earlier this year in a funding round led by Silicon Valley firms Andreessen Horowitz and Kleiner Perkins.

Autograph did not immediately respond to Fortune’s request for comment.

Crypto has had a rough 2022. Down from being worth more than $3 trillion at an all-time high in November, the asset class is now worth less than $1 trillion. Bitcoin specifically, which makes up about 42% of the crypto market, is down 56% in the second quarter, its worst quarterly decrease since 2011, according to crypto analytics firm Arcane Research.

Brady is one of several celebrities who have appeared in crypto-related commercials or promoted crypto on social media. Famous actors like Reese Witherspoon and Matt Damon as well as professional athletes like Green Bay Packers quarterback Aaron Rodgers and NBA player Joel Embiid have all promoted crypto in the past.
The abundance of big names partnering with crypto companies was front and center during the Super Bowl in February, which aired advertisements from at least four crypto companies, including FTX, which featured Larry David in its advertisement. A 30-second advertisement at the event reportedly cost nearly $7 million.