Goldman Sachs CEO: ‘We tried to do too much, too quickly’ 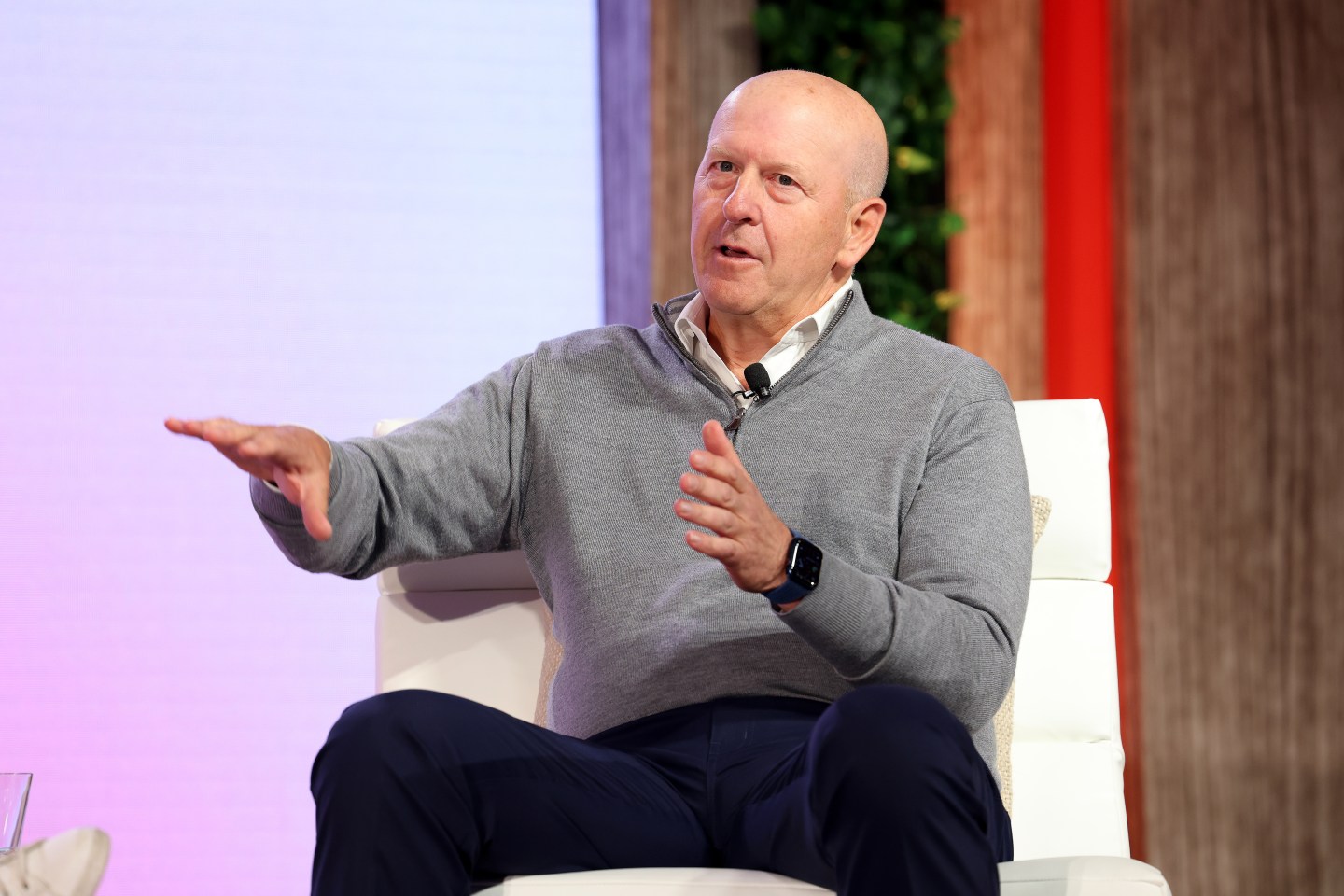 David Solomon called the firm’s fourth-quarter results “disappointing" and shared his thoughts on the economy during the earnings call.
Alexander Tamargo for Getty Images

David M. Solomon, CEO of the Wall Street giant Goldman Sachs, said the firm’s fourth quarter 2022 earnings were “disappointing,” and “our business mix proved particularly challenging.” But Solomon also signaled the road ahead may be bumpy for everyone and that CEOs remain cautious.

Activity levels dropped after a volatile year for Goldman’s clients, he said. The equity investment portfolio saw continued headwinds, there was a slowdown in mergers and acquisitions (M&A) and IPOs, and higher loan loss provision and expenses, Solomon said. Global M&A activity in 2022 was down by almost a third compared to 2021. As Fortune has reported, the financial services firm recently underwent a major reorganization that resulted in layoffs across the company.

“The backdrop over the last year has been incredibly dynamic,” Solomon said. “There were headwinds we expected, like high inflation. But some we never thought we’d see, like the ongoing land war in Ukraine.”

Solomon also shared his assessment of the economy: “It’s clear that the outlook for 2023 remains uncertain.”

Rate increases by the U.S. central bank “have started to have an impact on the rate of inflation,” he said. “But they’re also lowering the growth trajectory of the economy.” The labor market is still “remarkably tight,” and “CEOs and board members tell me they are cautious, at least for the near term,” he said. “They’re rethinking business opportunities and would like to see more stability before committing to longer-term plans,” he explained.

Too much, too quickly

But along with navigating the macroenvironment, there were internal strategic decisions that didn’t play out as hoped—such as an ambitious foray into consumer banking in 2016.

Towards the end of 2022, the firm scaled back those efforts, reorganizing its business lines into three different units. Goldman’s wealth management and asset divisions was combined into a single unit including its Marcus online consumer banking unit. The firm merged its investment banking and trading businesses into another, and then created a new segment called Platform Solutions.

An analyst during the earnings call asked what went wrong. “We tried to do too much, too quickly,” Solomon said. “I think we probably in some places, haven’t had all the talent that we’ve needed to execute the way we’ve wanted. We’re making adjustments on that.”

Speaking of talent, as companies look to lower costs in an uncertain environment, layoffs have rippled across the tech sector and have reached Wall Street, due to deals slumps, at firms including Morgan Stanley and Goldman. Solomon said the firm “made the difficult decision to make a 6% headcount reduction” earlier this month. “We had paused our regular performance management-related reductions during the pandemic and also had a period of strong growth in headcount given the opportunity set in 2021,” he said.

The run rate expense associated with the group of 3,200 employees was about $475 million, Goldman Sachs CFO Denis Coleman said during the earnings call. “The firm expects in 2023 to benefit north of $200 million associated with that.” But the severance expenses will come in 2023, Coleman said.

“The market for talent remains really robust,” Coleman said. “And we had to strike the right balance between taking down that variable expense in respect of our performance, while maintaining the franchise.”

A slowing economy and rising interest rates deterred companies from expanding, and as a result, fourth-quarter 2022 M&A activity "marked a weak end to a depressed year in North America," according to a new S&P Global Market Intelligence. In 2022, the total value of mergers and acquisitions in the U.S. and Canada fell to $1.477 trillion in 2022, down 41.4% from 2021. The number of transactions in 2022 dropped 21.2% year over year to 20,965, the report found.

A survey and webinar by Gartner review the 10 top priorities for CFOs in 2023. Ninety percent of respondents selected evaluating finance strategy, scope, and design as the top priority, followed by planning and sequencing finance transformation activities, according to the report. "CFOs will be stretched thinly across many activities in 2023," Marko Horvat, vice president of research in the Gartner Finance practice, said in a statement. "The survey revealed a wide range of actions CFOs plan to either lead or be significantly involved with."

Jennifer Gravelle was named CFO at Kingstone Companies, Inc. (Nasdaq: KINS), a Northeast regional property and casualty insurance holding company, effective Jan. 17. Gravelle has over 22 years of experience in the P&C insurance industry. She most recently held the position of CFO at Slide Insurance. Before that, Gravelle served as CFO of Allied Trust Insurance Company and held roles of increasing responsibility at Olympus Insurance Company, including CFO. Earlier in her career, she was with HomeWise Insurance Group as the controller.

"In 2023, leaders should focus on making themselves more directly accessible to their youngest employees. While pre-pandemic work environments may have once called for leadership to remain largely out of sight, our knowledge of what younger employees crave from leadership contends that uncertain times call for certain changes and that being visible, accessible, and connected to the newest members of the workforce is key to successfully bracing for future unknowns."

—Gaëlle de la Fosse, president of LHH, a management consulting company, and Nick Goldberg, CEO and founder of EZRA, a digital coaching platform, explain in a Fortune opinion piece why every company should listen to Gen Z employees.