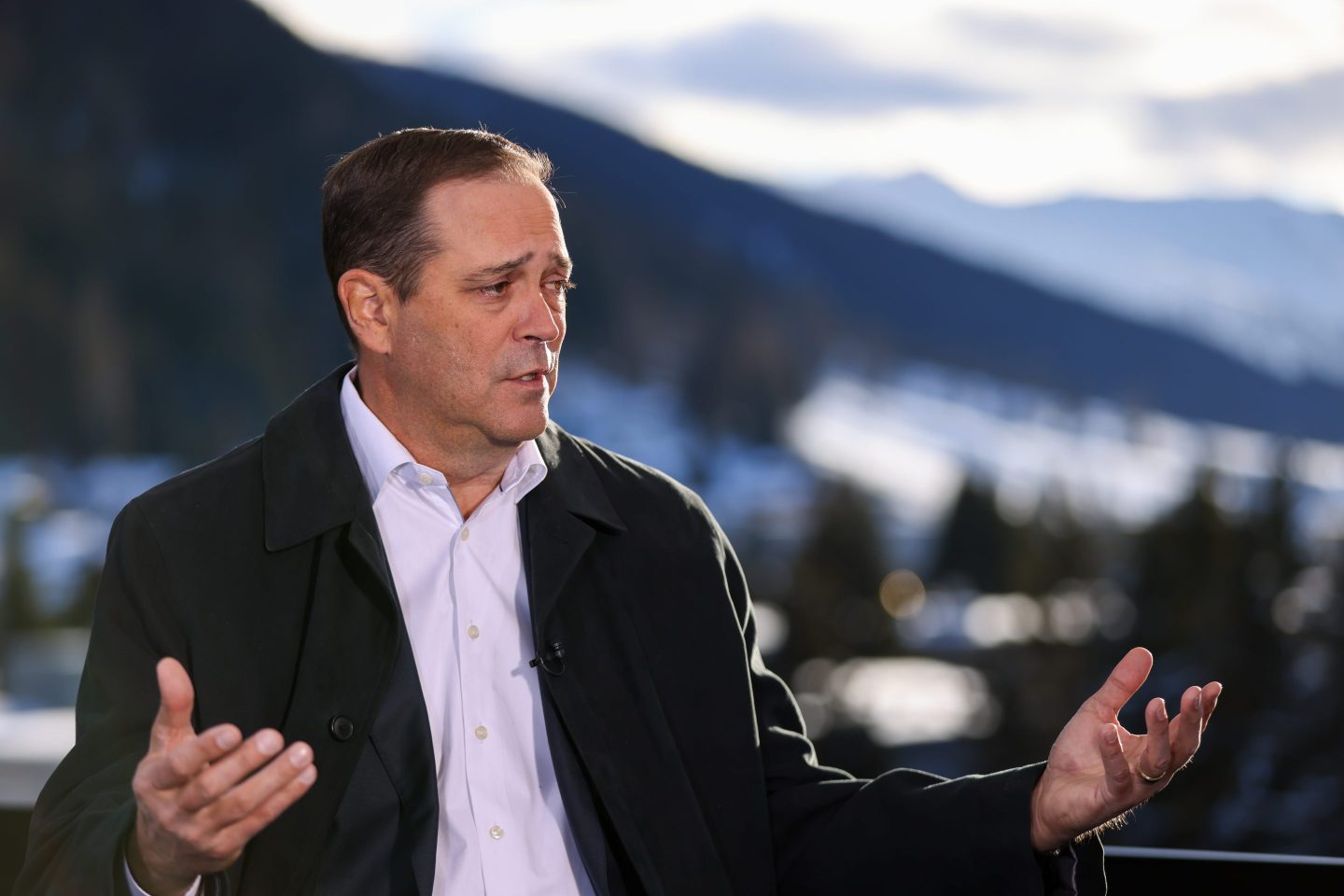 World leaders, CEOs, and hedge fund titans met in Davos, Switzerland for the World Economic Forum this week, and amid consistent predictions of an impending global recession, many remained upbeat about the future. At least that’s what Cisco CEO Chuck Robbins said on Wednesday when asked what he was hearing from his C-suite peers.

While recent retail sales data shows consumers are cutting back for fear of a recession, and layoffs at many tech firms are mounting, Robbins said he is continuing to invest in Cisco’s future.

“We’re actually investing this year,” he said. “We’ll actually spend more in the fiscal year this year—that we end in July—than we did last year.”

The CEOs comments contrast with statements from other attendees, including Nick Studer, chief executive of the Oliver Wyman Group consulting firm, who told the Wall Street Journal on Tuesday that the mood at the event was “somber.” But Studer did add that many attendees are “hoping” that any coming recession “is either short or shallow.”

The world’s top investors also gave mixed forecasts at Davos this week. Billionaire co-chairman of private equity giant Carlyle Group David Rubenstein argued that investors should begin to look for opportunities despite the fact that there is “some uncertainty” about the economy’s direction.

“I think it’s a good time to invest now, because markets are not going to see another 20% drop in prices. I think that’s past us,” he told CNBC on Wednesday. “I think we’re probably coming back to the point where people are going to feel very comfortable investing.”

But not every investor was so bullish. Guggenheim Partners Investment Management chief investment officer Anne Walsh said a recession will hit by the middle of this year because of the Fed’s overly aggressive interest rate hikes and quantitative tightening—or the process of shrinking the central bank’s balance sheet in an attempt to decrease the money supply and slow inflation.

“Equities haven’t repriced yet, and as we go through a recessionary timeline, we will see that,” Walsh told CNBC on Wednesday.

Walsh recommended investors look to fixed income investments because higher interest rates have increased the average return for the first time in a decade.

“There’s one thing the Fed has done for us, they’ve put the income back in fixed income,” she said.