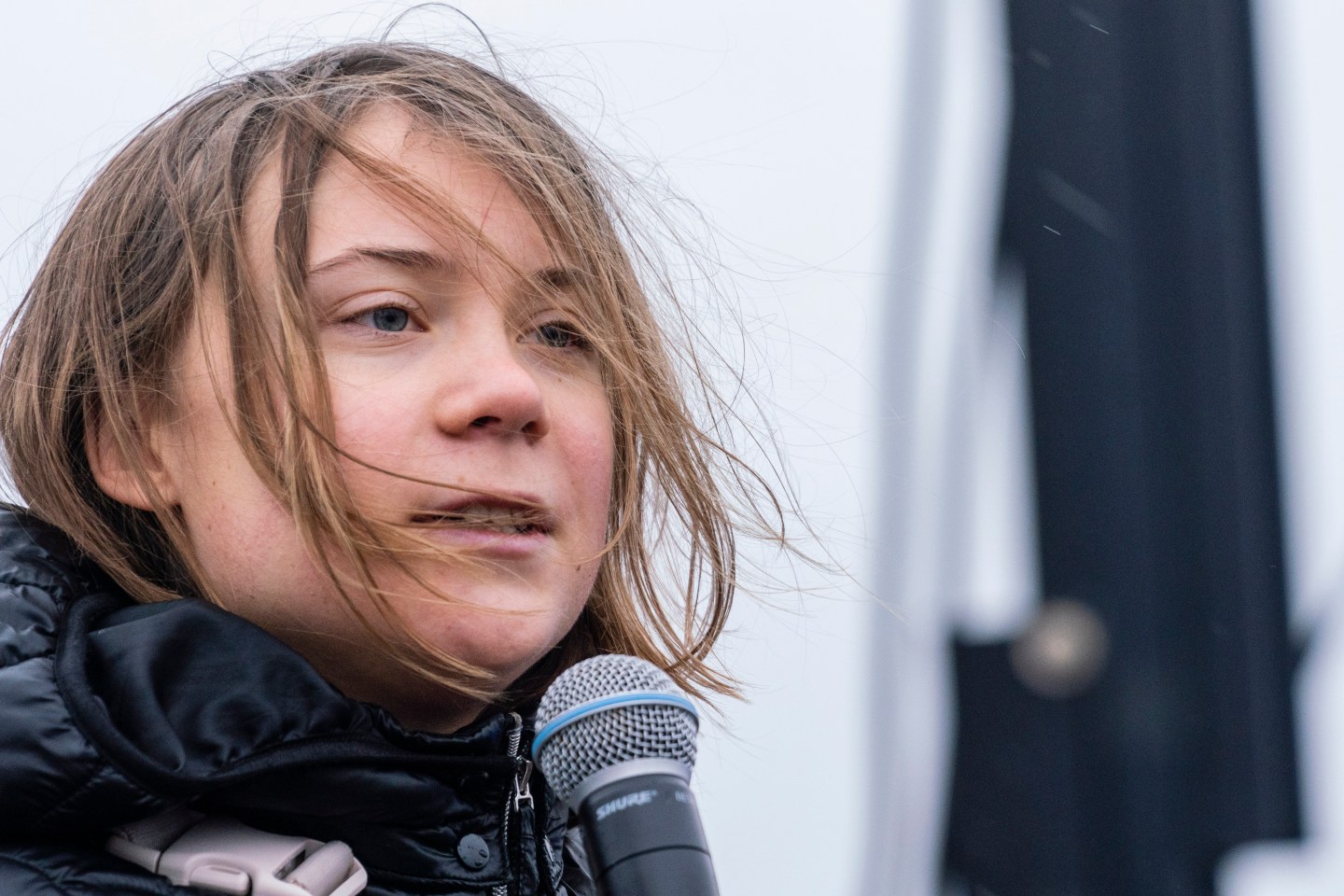 Greta Thunberg came to Germany to prevent a community from being flattened to make way for brown coal strip mine under corporate plans. Police eventually evicted her by force..
Bernd Lauter—Getty Images

The abandoned community of Lützerath in western Germany is nothing more than a tiny speck on the world map, but it can now call Greta Thunberg an honorary guest.

That’s because its muddy soil formed the latest prominent battleground in her crusade to protect the environment: beneath the fields lie vast deposits of one of the most potent climate killers known to man—lignite coal.

When burned in a power plant, the soft brown sediment emits more atmosphere-warming carbon dioxide than any other fossil fuel on Earth.

If not treated, the exhaust gases can also contribute to the same acid rain that plagued communist Germany thanks to lignite’s high sulfur content and sundry other impurities including toxic heavy metals.

Keeping the coal firmly in the ground understandably ranks high up on the environmentalist agenda, so it’s no surprise then that Swedish climate activist Thunberg traveled to Germany to join her fellow crusaders in rescuing the doomed town from the clutches of RWE.

The blue-chip power company had been granted the right to transform the small farming community into the same moonscape found at RWE’s nearby Garzweiler strip mine, where heavy equipment continuously scars the earth in search of the impure coal.

“Germany is really embarrassing itself right now,” the activist said. “I think it’s absolutely absurd that this is happening the year 2023.”

Thunberg, 20, came too late, however.

The fate of Lützerath had been decided years ago and sealed last March when a district court ruled RWE could proceed with the town’s demolition. By the time Thunberg arrived, Lützerath was just another lost cause.

But it made for powerful images that Thunberg no doubt hoped would mobilize other youth around the world.

On the one side stood the GenZ climate warrior alongside her fellow activists that refused to vacate the township. Across from them stood a battalion of German police clad in riot gear illuminated from behind in the inky darkness by the harsh lights of excavators continuously digging up coal.

Luckily for the protestors, the security forces sent to remove them by force became trapped in the fields as the heavy and cumbersome gear bogged them down in muddy pits.

Eventually, their luck ran out and German police carted a defiant Thunberg away by force on behalf of RWE.

For its part, the German power provider has defended the eviction of the protesters and the mining of the brown coal.

It is part of an arrangement with the German center-left government, in which it agreed to move forward with the phase-out of coal by eight years to 2030 after the previous deal reached under ex-Chancellor Angela Merkel was widely criticized as entirely insufficient.

The images broadcast across the media, and even covered in some U.S. publications, have been yet another black eye for the ruling coalition in Berlin.

Germany has already been in the doghouse ever since it repeatedly compromised eastern European efforts to support Ukraine’s struggle to remain independent, fearing it could be dragged into the war on its doorstep.

As if repeatedly undermining the western response wasn’t enough, Germany also maneuvered Europe into a trap by relying on Vladimir Putin for the bulk of its energy supply.

Now the government’s top climate superminister, deputy chancellor Robert Habeck from the anti-fossil fuel Green Party, has since had to defend firing up the country’s battery of coal-powered electricity plants just to keep the lights on in the country.