Carl Hahn, the VW CEO behind the Beetle’s success in America, dies at 96 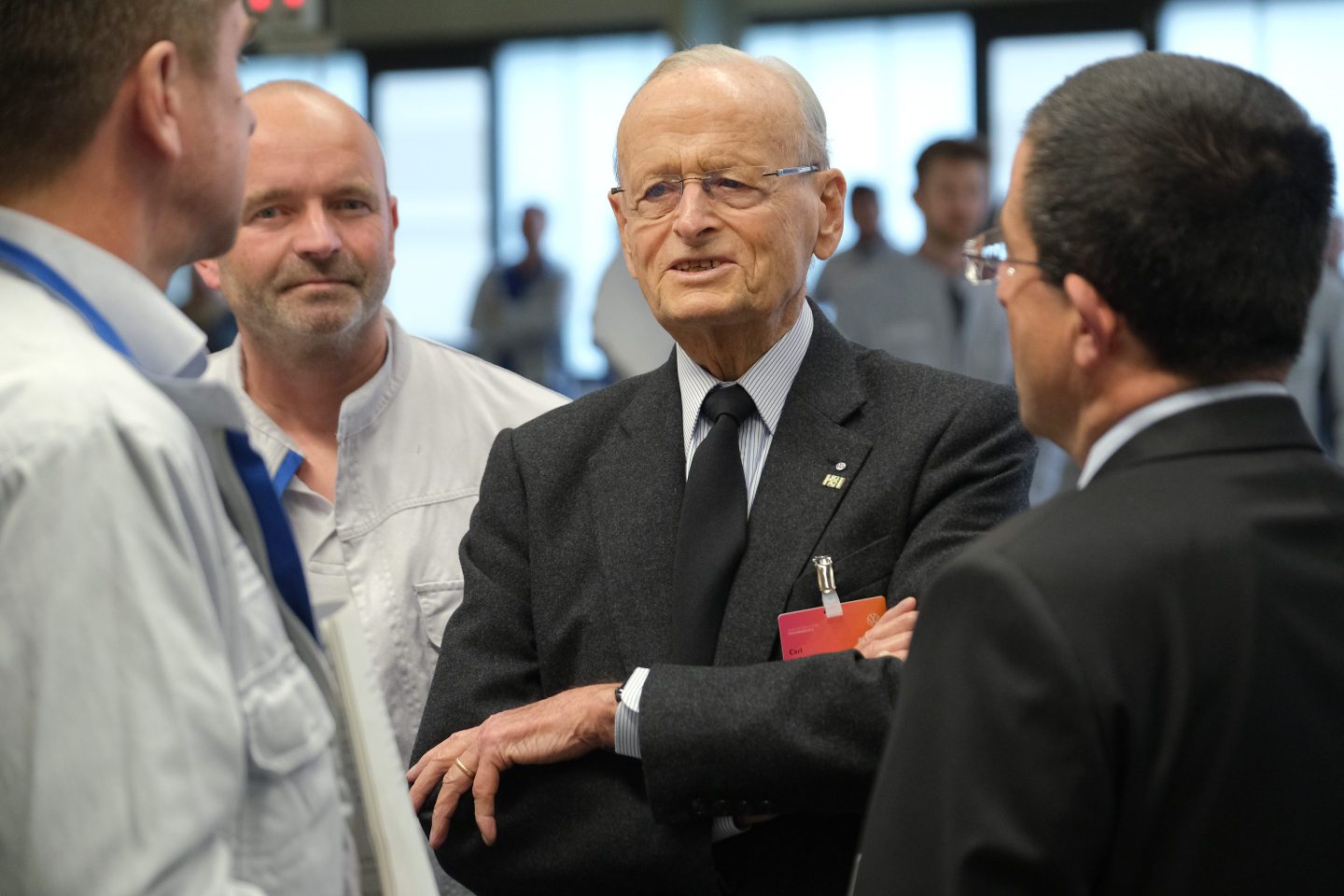 Carl Hahn at the Volkswagen factory in Zwickau, Germany, in 2019.
Sean Gallup—Getty Images

Carl Hahn, who led Volkswagen AG’s international expansion in the 1980s after directing the rise of the Volkswagen Beetle in the US in the 1960s, has died. He was 96.

Hahn died in his sleep on Saturday at his home in Wolfsburg, Germany, according to a spokeswoman from his charitable foundation. A ceremony is planned for Jan. 24.

“Carl Hahn was a great visionary and a great personality,” Oliver Blume, current CEO of the German carmaker, said in emailed statement on Sunday. “Volkswagen AG and Wolfsburg owe Carl Hahn a great debt of gratitude and mourn with his family.”

As head of New York-based Volkswagen of America Inc. from 1959 to 1964, Hahn took a hands-on approach to selling cars. He toured the US in a VW bus, using his charisma and excellent English to turn Americans onto “the Volkswagen way,” Andrea Hiott wrote in “Thinking Small: The Long, Strange Trip of the Volkswagen Beetle” (2012). He computerized Volkswagen’s offices and standardized service to increase efficiency.

As conceived by art director Helmut Krone and copywriter Julian Koenig, the plan included the unconventional print ads “Think Small,” celebrating the compact size of the Beetle, and “Lemon,” focusing on quality control.

At a time when US automakers were running “stupid advertising” focusing on the ever-changing looks of their cars, VW and DDB presented “our philosophy of a car that doesn’t change for the reason of change, only for the benefit of the consumer,” Hahn said in a 2011 talk at the University of California-Berkeley’s Haas School of Business.

Hahn’s marketing skills helped the Beetle become the best-selling single car model in history, with more than 21.5 million produced between 1945 and 2003. Though commissioned and envisioned by Adolf Hitler, the Beetle was embraced by America, where it inspired artists, transported hippies and starred as Herbie in the Disney movie franchise that began with “The Love Bug” (1968).

Hahn returned to VW headquarters in Wolfsburg following his election to Volkswagen’s governing board in 1964 and led the sales department. He lost his seat in a shakeup that took effect in early 1973 and left VW to lead Continental Gummi-Werke, Germany’s largest rubber company, a forerunner of Hanover, Germany-based Continental AG.

In 1982, Volkswagen brought Hahn back as chairman and CEO following the resignation of Toni Schmucker. During Hahn’s tenure, Volkswagen became the No. 1 carmaker in Europe, opened new plants in China and Eastern Europe, acquired the Spanish car company Seat SA, and introduced new versions of its Golf model, known in the US as the Rabbit.

Following the fall of the Iron Curtain, Hahn put Volkswagen’s industrial might behind German unification, building plants in the formerly communist East, and entered a joint venture with Czech carmaker Skoda Auto.

Hahn’s efforts to grow Volkswagen into a global group were hailed by the company’s labor union.

“Carl Hahn paved the way for success that has shaped our company to this day – with his strategic foresight, his instinct for opportunities and his entrepreneurial courage,” said Daniela Cavallo, chairwoman of the General and Group Works Council.

“Hahn’s outstanding achievements also include his early commitment in Saxony, where today our three VW sites in Chemnitz, Dresden and Zwickau with around 13,000 employees are on their way to merge into Volkswagen AG by 2027,” Cavallo said.

At his retirement at the end of 1992, Hahn told Automotive News that his biggest regret was losing market share in the US, where he had first made his mark.

“My objective was to make a global network out of a company that was a big exporter and had many foreign subsidiaries,” he said.

Carl Horst Hahn Jr was born on July 1, 1926, in Chemnitz, part of the Saxony region of eastern Germany, to Carl Hahn and the former Maria Kusel. His father headed sales for Auto Union AG, the carmaker that is a forerunner to what became Audi AG.

Drafted as a teenager into the German military, Hahn ended World War II in a US-run prison camp in Ingolstadt, he told a German newspaper in 2011.

He fled communist East Germany for the West after the war, earning a doctorate in economics from the University of Bern in 1952. He trained in Italy for Fiat and worked in Paris for the Organization for European Economic Cooperation.

From Paris, he wrote to Heinz Nordhoff, Volkswagen’s postwar leader, offering his idea for exporting cars throughout Europe. Nordhoff liked Hahn’s “way of thinking,” if not his specific proposal, and hired him in 1954 as personal assistant, Hiott wrote in “Thinking Small.” Hahn soon was promoted to the export department, then landed the assignment to open the US market.

At the time, Hiott wrote, the US “was finally beginning to take a second look at the little car that it had rejected and ridiculed for so long” — the Beetle. “By the mid-1950s, while most adult Americans still identified the car with Hitler and the war, there was now a new generation that had come of driving age who had less connection to the car’s turbulent history.”

“They had nobody assigned to America,” Hahn recalled in 2011. “I had never been to America. I learned, apparently very fast, to get to know and understand America. And I loved it.”

With the US-born former Marisa Traina, whom he married in 1960 and who died in 2013, Hahn had four children and nine grandchildren.

–With assistance from Chris Reiter.