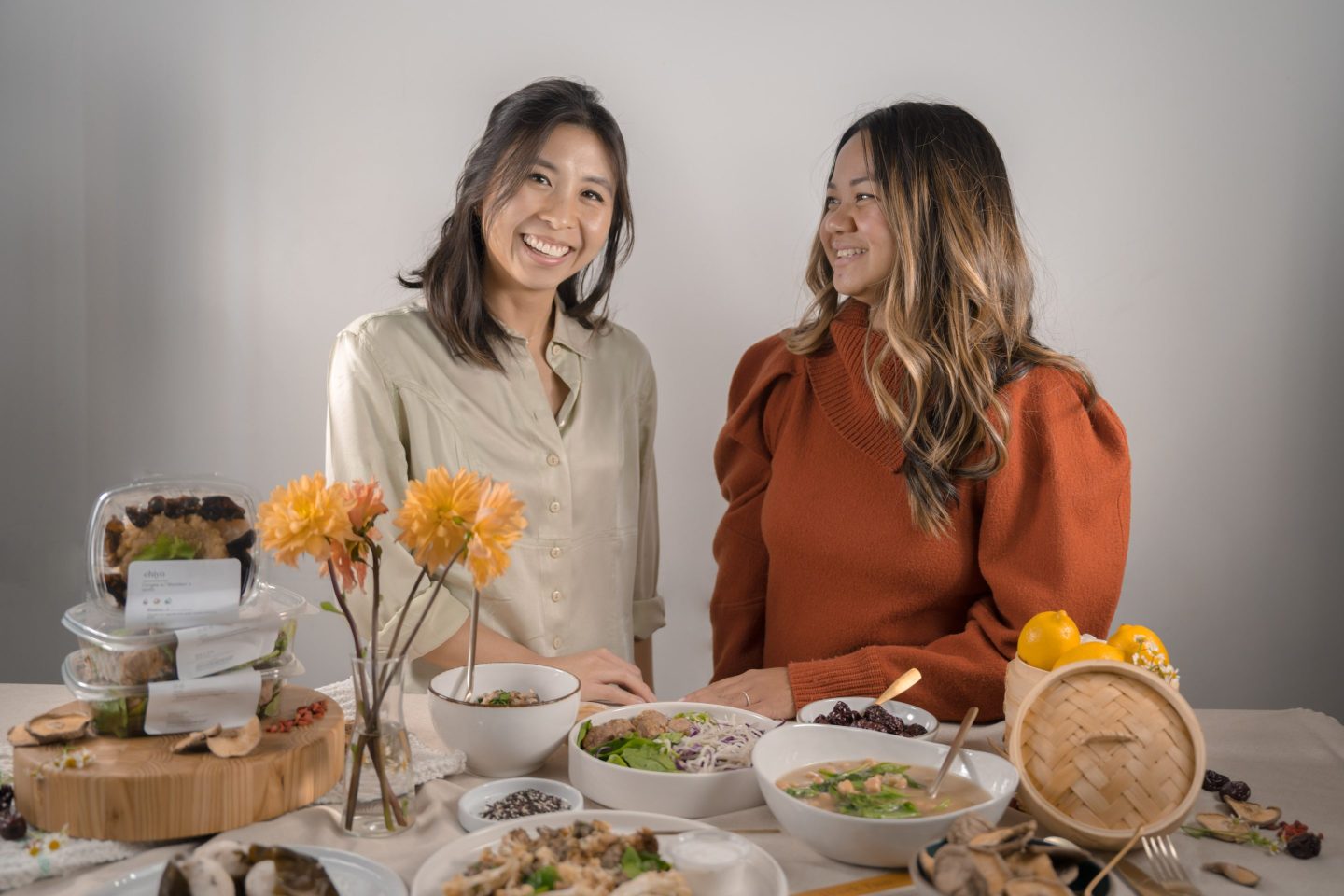 Good morning, Broadsheet readers! The California Senate race heats up, there’s a new fund with an eye on diverse founders, and these founders are bringing traditional Chinese postpartum cooking to meal delivery. The Broadsheet will be off on Monday for Martin Luther King Day. We’ll be back in your inbox on Tuesday.

– Healthy cooking. When Irene Liu was in business school during the pandemic in 2020, her aunt had a baby. She watched her mom care for her aunt by making Taiwanese meals traditionally eaten by women in the postpartum period. The experience gave her the idea for Chiyo, a meal delivery business that brings meals with nutritional values common in traditional Chinese medicine to a wider population of women.

“They would spend all day cooking in the kitchen to make the food the traditional way of an herbalist,” Liu remembers. “That means eight hours doing the herbs with the broths over the stove. But when I was thinking about myself and my friends—we don’t have the time for that. We might not be living with our family or a nearby support system that can be at your house all day making those for you.”

Liu, a Bain & Co. alum, connected with Jennifer Jolorte Doro, a nutritionist who had worked as a postpartum chef for families in New York. They started by making meals locally, as Jolorte Doro had done; Chiyo launched nationally this fall and is on track for just under $500,000 in annualized revenue this year.

Their meals, which cost $517 per week for a six-week plan, blend the ingredients of traditional Chinese postpartum cooking with some tastes and preferences of the American market. The first week of postpartum cooking includes a broth called Sheng Hua Tang, meant to “dispel blood stasis and invigorate uterine recovery.” Other meals might incorporate nutrients especially important during the postpartum period into a butternut squash soup. “We’re dissecting why they’re eating it for specific nutritional components, but finding that nutrition in items that are a bit more familiar for the broader market,” Liu says. They offer meals not just for the postpartum period, but for pregnancy (with an eye on nutrition that keeps gestational diabetes in check, for example) and fertility.

Chiyo was bootstrapped at first and later took on some pre-seed angel investor funding from backers including Fly by Jing founder Jing Gao, Song of Style influencer Aimee Song, and former Momofuku exec Elizabeth Chrystal. Some might be concerned that postpartum meal delivery would be a one-time purchase that makes it hard to retain customers. But Liu says that the lifetime of a customer could stretch a decade between fertility, pregnancy, and postpartum offerings across multiple pregnancies. The service has also been used as a gift purchased for new moms.

For Jolorte Doro, the opportunity to scale her work to reach more families was meaningful. “It’s been exciting to expand to not just a single family or people that can afford it, but to be able to introduce these concepts and education to a lot of people,” she says. “Everyone is deserving of this type of food and education.”

- Rest in peace. Lisa Marie Presley, the singer and only child of Elvis and Priscilla Presley, died at 54 yesterday. She was briefly hospitalized for a medical emergency before her death. She's survived by three of her children, including the actor Riley Keough; she was predeceased by her son, Benjamin Keough. Associated Press

- Competition in California. California's Senate race is shaping up to be a competitive one. While Sen. Dianne Feinstein (D) is expected to retire at 89, she hasn't announced any plans to do so yet. Rep. Katie Porter (D) already entered the race, but Democratic Reps. Barbara Lee, Adam Schiff, and Ro Khanna are also rumored to be planning runs. Slate

- Icing on the cake. Monique Woodard closed a $17 million fund for her firm Cake Ventures. Her thesis targets pre-seed and seed investments in three categories: the aging population, the increased earning power of women, and the increase in tech adoption among Asian, Black, and Latino households. Forbes

- Let's not be Frank. Charlie Javice sold her fintech startup Frank, which said it helped students with financial aid applications, to JPMorgan Chase for $175 million in 2021. Now the bank is suing the founder, claiming she invented 4 million customers when the service only had about 300,000. An attorney for Javice said the suit is "nothing but a cover" for mistakes made by the bank during the deal. Forbes

- Blazer debate. Missouri's statehouse debated a proposed change to the dress code for women legislators. Republicans proposed a rule requiring women to wear jackets on the House floor to "maintain a formal and professional atmosphere." Democrats pushed back on the dress rules, which didn't propose any changes to men's attire. St. Louis Post-Dispatch

- Board shakeup. As Disney faces a proxy fight from Nelson Peltz's Trion Partners, the company announced that Susan Arnold would depart as board chair. Her successor is Nike executive chairman Mark Parker. Arnold was the one who asked Bob Iger to return to Disney as CEO in November. The company says her departure is in line with a maximum of 15 years of service for Disney board members. The Hollywood Reporter

- Price watch. Cardi B drew attention to the issue of rising inflation last week when she posted a video saying that the price of lettuce was up from $2 to $7 in over just a few months. She was right; lettuce prices were up 24.9% in December compared to a year earlier. That's a greater increase than any other vegetable thanks to both bad weather and a crop virus. Wall Street Journal

For actresses leading their own production companies, the future is theirs Vanity Fair

Tatjana Patitz, one of the original '90s supermodels, dies at 56 CNN

"I just came to love the thrill of being scared, and just grew an appreciation for monsters and monster design. So it’s always been with me."

- M3gan screenwriter Akela Cooper on how she got into the horror genre while growing up.