Putin made a big bet that energy sales would fund his war in Ukraine. A new report shows that he was very wrong 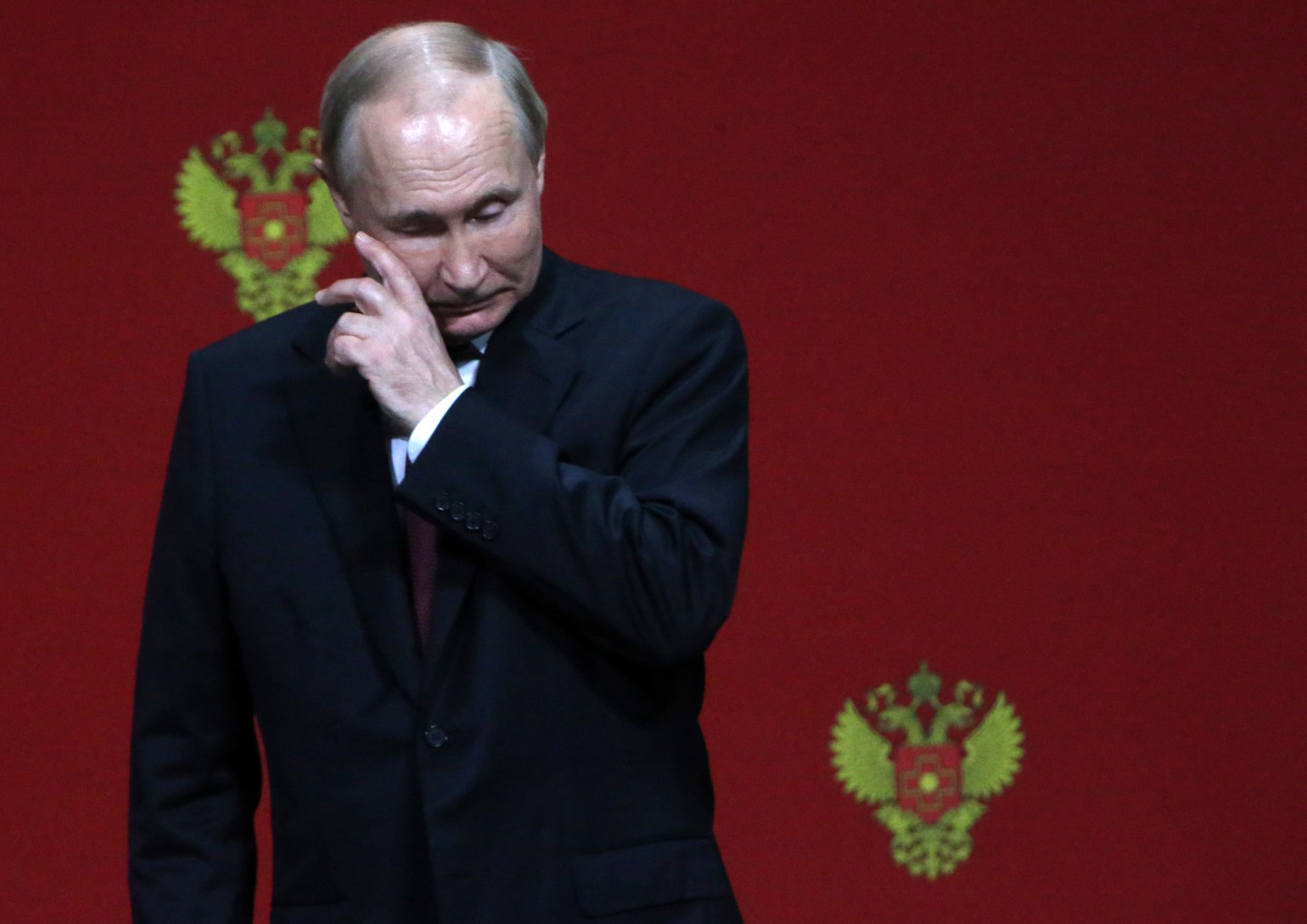 Vladimir Putin’s hope that oil and gas revenues would help Russia’s economy weather the storm of sanctions over its invasion of Ukraine took a big hit in December, when Russian fossil fuel sales collapsed.

Russia’s fossil fuel export revenues fell 17% last month to their lowest level since before the war began, according to a study published Wednesday by the Centre for Research on Energy and Clean Air (CREA), an independent think tank based in Finland that focuses on energy and pollution.

After the EU imposed new restrictions on Russian energy in December, Russia’s net energy export revenues declined €160 million ($172 million) a day. Russia continues to rake in huge amounts from its fossil fuel trade—around €640 million ($689 million) daily—but the study found that even stricter policies against Russian energy would deal a devastating blow to the country’s economy, and potentially weaken Putin’s ability to maintain his costly war in Ukraine.

“The short-term windfall generated to Russia by sky-high fossil fuel prices in 2022 is starting to wear out,” the study’s authors wrote. “Further cuts to Kremlin’s revenue will therefore materially weaken the country’s ability to continue its assault and help bring the war to an end.”

The decline in Russian fossil fuel revenues was partly a result of global consumption declining due to high prices, the CREA study found, but also because the EU expanded its sanctions to directly target Russian energy exports.

As of Dec. 5, EU vessels can no longer transport Russian crude oil. The ban will be extended to all petroleum products on Feb. 5, which will slash Russia’s oil revenues by another €120 million a day, CREA estimated.

The sanctions have already dug deep into Russia’s oil revenues, as crude oil exports fell 12% in December while crude oil revenues fell by a whopping 32%, the study found. The decline comes as a massive blow to Putin, as oil was among his biggest cash cows at the beginning of the war, while fossil fuel revenues constituted the “financial bloodline for Putin’s war,” Svitlana Romanko, founder of Razom We Stand, an organization seeking a full embargo on Russian fossil fuels, said in a statement accompanying the CREA study.

A June study from CREA found that, of the €93 billion in fossil fuel revenues Russia collected during the first 100 days of the war, half came from crude oil and around two-thirds from all oil products.

Russia’s government has long relied on oil and gas sales, which in 2021 made up 45% of the federal budget. The world’s desperate need for energy last year meant that Russia’s fossil fuel export revenues exceeded what the country was spending in Ukraine.

But European nations, historically the largest buyers of Russian fossil fuels, have been able to wean themselves off Russian energy imports by switching to alternative suppliers and by reducing their energy consumption, first because of high prices and now largely due to an unusually mild winter weather.

The damage to Russia’s economy and war efforts could be even greater if the EU continues investing in renewable energy to replace Russian fossil fuels, and if the bloc approves even more ambitious controls on Russian energy exports.

Last month, the EU imposed a price cap on Russian oil at $60 a barrel thereby freezing transactions for Russian oil in markets covered by the cap at any price over that limit. The price cap has so far helped limit Russian oil revenues, the CREA study found, but the authors added that lowering the cap to $25 to $35 a barrel would create even more problems for Russia, while still keeping prices above what it costs to produce and transport Russian oil.

Other strategies Western nations could take to reduce Russia’s revenues include imposing fines on countries selling oil tankers to Russia, which producers could use to circumvent the price cap, and leveraging noncompliance penalties for violating the price cap. Taken together, all these measures could cut Russia’s fossil fuel revenues by another €200 million per day, the study said.

“The EU’s oil ban and the oil price cap have finally kicked in, and the impact is as significant as expected,” Lauri Myllyvirta, lead analyst at CREA, said in a statement. “It’s essential to lower the price cap to a level that denies taxable oil profits to the Kremlin, and to restrict the remaining oil and gas imports from Russia.”

Russian officials have opposed the oil price cap, and last month banned oil sales to countries participating in the cap. Putin has also threatened production cuts in retaliation to the cap that could send the global price of oil surging.

But production cuts may be a double-edged sword for Putin and Russia’s economy. Energy historian Daniel Yergin warned last month that remaining buyers of Russian oil including China and India could walk away under the scenario of Russian production cuts, further depleting Russia’s revenues. Centrocredit Bank economist Yevgeny Suvorov also said this week that a strict oil price cap would be a “catastrophe” for Russia’s budget and economy.