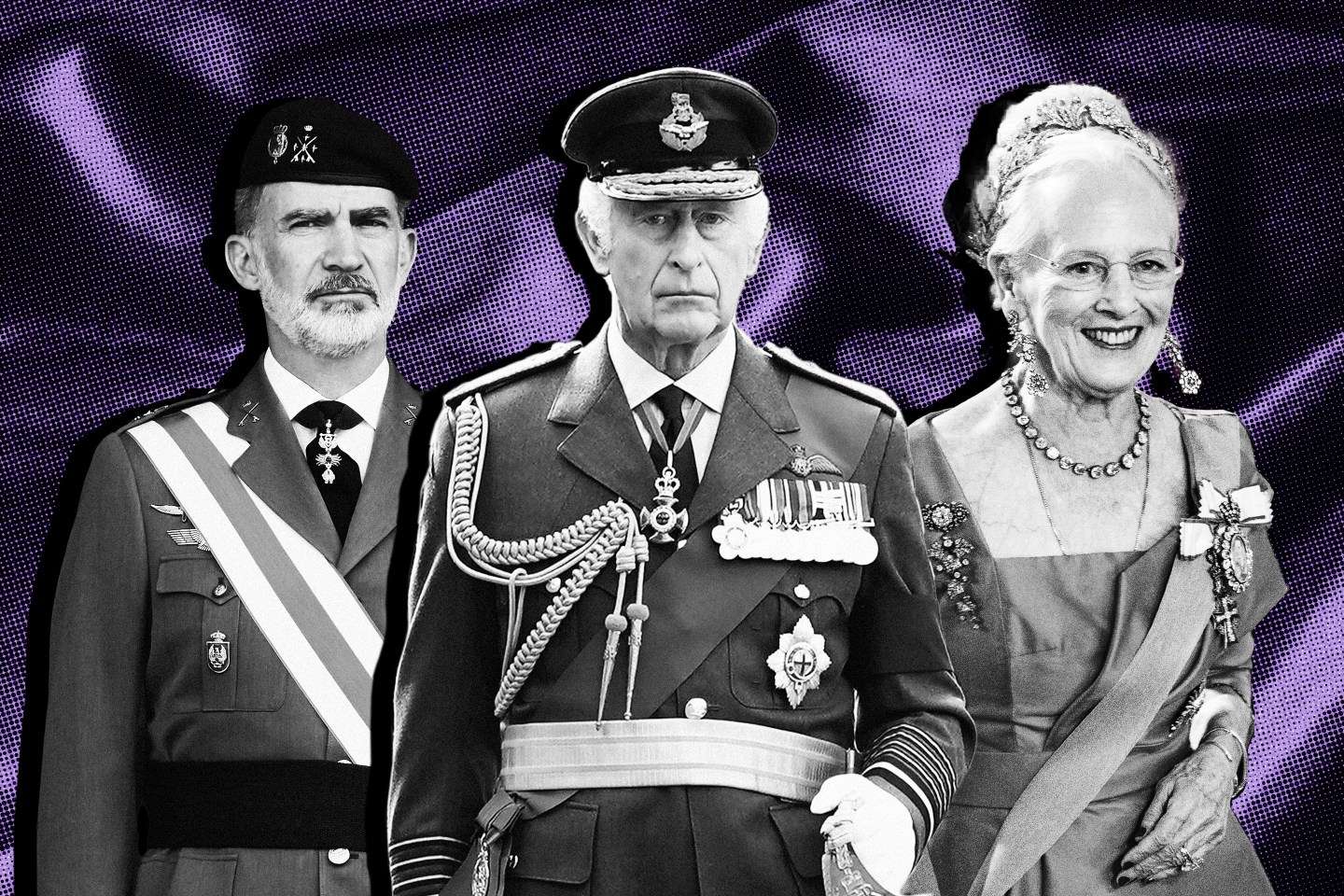 The power held by royal families has been declining for a century.
Photo Illustration by Fortune; Photos by Getty images (4)

This past year has marked a big shift for monarchies on a global scale.

While the power held by royal families has been on the wane for a century, the decline picked up speed in 2022 — and is expected to accelerate further in 2023.

Even in the U.K., which experienced a love-in with its monarchy in 2022, the future for members of the royal family does not look bright.

Data analytics firm YouGov reported that public support for the monarchy in the U.K. has declined significantly in the last decade.

Under increasing pressure to reform, the recently ascended King Charles cleared the path for significant change: a projected “slimming down” of the monarchy — reducing the number of “working royals” down to 11.

The plan is set to come into place in 2023, and it will mean that Britain’s royals will finally be following much of Europe in adapting to the modern world, including Sweden, Belgium, and Denmark.

In 2019, the King of Sweden stripped five of his grandchildren of their royal titles, while in 2013, the King of Belgium limited the titles of “Prince” and “Princess” to only his direct children and grandchildren, while also amending which members of the royal family could receive state funds.

The Queen of Denmark caused a stir this year when she stripped four of her grandchildren of their royal titles, arguing she wanted them to be able to “shape their own existence,” instead of living the rest of their lives bound by royal duties.

Which countries could see royal reform in 2023?

Looking forward, plenty of eyes are on the Spanish monarchy, as recent polls suggest the country could be heading toward the abolition of royal rule altogether.

King Juan Carlos abdicated in 2014 following a number of scandals and is now exiled in Abu Dhabi. His successor, King Filipe has spent the last few years desperately trying to revive the royal family’s reputation.

The Netherlands could face a similar fate, if trends continue. Although the Dutch monarchy successfully downsized in 2013, they haven’t escaped criticism. Several blunders during the pandemic sent their popularity plummeting.

Meanwhile, according to Dutch News, the monarchy is being sued by the republican movement Republik, for breaching article 6 of the European Convention on Human Rights. They argue that King Willem Alexander has illegal influence over the country’s legal system.

If successful, Republik say it could result in “abolishing the procedural privileges of the monarchy, and eradicating all symbols of the king from Dutch courtrooms.”

Globally, monarchies are in decline

There are currently 43 countries in the world that still have a monarch, with varying levels of power. Fifteen of those countries, including the U.K., exist within the British commonwealth, with King Charles now as their head of state, but the future of that came into question on a larger scale this year.

In November 2021, Barbados severed ties with the British monarchy and installed a president. Six other Caribbean nations have also now indicated they plan to do the same: Belize, the Bahamas, Jamaica, Grenada, Antigua and Barbuda, and St. Kitts and Nevis.

In Australia, another commonwealth nation, anti-monarchy protests erupted on what was supposed to be the country’s day of mourning for Queen Elizabeth II, with those involved decrying colonization and the effects it had on the Aboriginal population.

In Canada, Quebec recently ended its mandatory oath of allegiance to King Charles for legislators, and polls show that 79% of the province wishes to sever ties with the British monarchy.

In the rest of Canada, however, only around 54% of respondents say they want that, while Prime Minister Justin Trudeau has said he does not see a severing of ties anytime soon.

Beyond the British Commonwealth and Europe, protests have continued in Eswatini and in Thailand against their own monarchical systems.