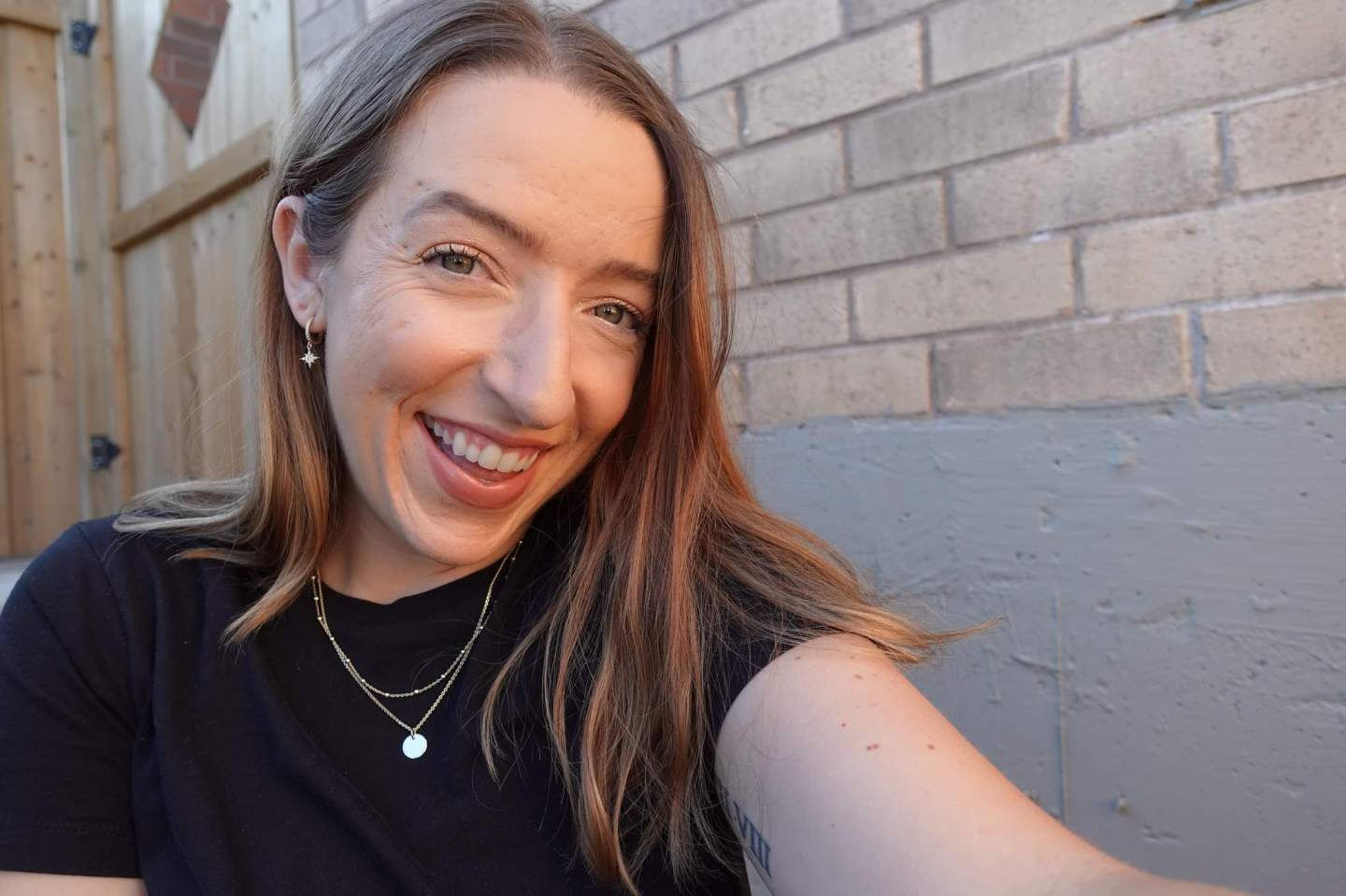 Shawna Ripari lowered her spending significantly in 2020, and maintains some of those spending principles today.
Courtesy of Shawna Ripari

We could all use a reset sometimes. And sometimes that reset can be a financial boon. Ask Shawna Ripari.

At the start of 2020, Ripari, then 25, decided to embark on a No Buy Year, to reevaluate her relationship to material items and save a little money in the process.

Popular on social media sites like Reddit, TikTok, and YouTube, a No Buy Year is a self-imposed break from, well, spending money. Participants set their own parameters, but typically they try not to make nonessential or impulse purchases for a full year.

Some people do it to pay down consumer debt, embrace minimalism, or reduce their environmental footprint. Ripari, a PhD student and YouTuber, was primarily concerned with her spending on makeup and other beauty products.

“The reason why I wanted to stop shopping was to lead a more happy and fulfilling life,” says Ripari, who is now 28 and lives in Toronto. “I wanted to de-center stuff from my life and stop consuming.”

Ripari says she saved around $10,000 during her No Buy Year, with around $4,000 of that coming from just cutting back on buying makeup and clothes.

Since the end of her No Buy Year, Ripari has continued to adhere to many of the same principles she instituted. Her thinking on the challenge has evolved; now, rather than thinking about the “next thing” she can buy, she’s focused on gratitude and contentment.

How to implement a No Buy Year

If you’re interested in a No Buy Year (or quarter, or month, or even week), Ripari recommends taking time to reflect on your pain points (it could be video games, supplies for your hobby, clothing, etc.), and then reflect on why you’re unhappy with your spending. Write down your “why” somewhere you can easily access it. Once you know those two things, you can get to work.

From there, you should set some spending rules. Typically, this includes a list of things you can buy, like food, replacements/refills if you run out of something, experiences (though sometimes with limits like a certain number of dinners out with friends or concerts for pre-determined artists), gifts, etc. Then you’ll want to write out a list of no-buy categories, like new clothing, books, impulse purchases, Seamless, etc. You can also limit how much you will purchase of certain items, either by amount or dollar value.

It’s best not make it all or nothing: While some people impose a set of rigid restrictions right from the jump, Ripari found that it’s easier to be successful with your No Buy Year if you make gradual changes.

It’s hard to “will power” your way through a No Buy challenge, she says, though that’s what many people try to do at first. Think of it like saving money: Chances are, if you’re not already in the habit of saving, you won’t be able to successfully put away half of your paycheck each month. It’s easier to start by saving $50 a month, then increasing to $100, and so on. Think of it as a Low Buy rather than a No Buy.

If she could do it over, Ripari says she would have allowed herself one $50 nonessential purchase per month when she was starting out. That way, she wouldn’t have had to do “mental gymnastics” to justify some of the things she bought during the No Buy Year.

The rigid rules “created a lot of justifying of purchases, telling myself that this fit into my rules because I didn’t want to break my No Buy,” she says. “I was swearing up and down that something was a good purchase, but really it wasn’t.”

You might want to start with a No Buy Month before jumping to a full year, or try to not spend money in certain categories before you try to cut down your spending across the board.

Another way to ease in is to set mini-goals for yourself so that you can track your progress easily. Aim for hitting one week, then one month, then 100 days, says Ripari. Celebrate when you save $100, then $1,000.

“There’s so many ways to reinforce our good behaviors and celebrate what we’ve done,” she says.

It’s also important to know your spending triggers so you can avoid them (or at least be prepared for when they show up). For Ripari, YouTube makeup review videos had her itching to buy the same products; she’s since stopped watching them.

But everyone’s different. Maybe you’re more likely to spend after a night out, when you’re bored, when you’re with a certain friend group, or when you’ve had a particularly tough day. Identify those triggers so you can reduce your exposure to them going forward.

“How can you not shop if that’s what you do to deal with bad feelings? You can’t just not do this thing you’ve been doing for 20 years,” she says. “You’re stuck with removing all of your bad habits. Then what do you replace them with?”

It helps to have go-to activities for when your shopping impulses are buzzing. Ripari, for example, practices her makeup with the products she already owns, creates new outfit combinations with the clothes in her closet, and tries to “pan” (completely use up) the products she has. Depending on your spending vice, you might want to spend more time at the library, read through the stack of books you already own, use the food in the back of your pantry to create a meal, or listen through your entire record collection before making a purchase.

“You’re not thinking about what you have because you’re so focused on what you don’t have,” says Ripari. “That’s a mindset, that’s a habit. Figure out ways to appreciate what you do have.”

And if you slip up and “break” one of your rules, don’t sweat it. Just recommit yourself to the process going forward. Doing something “even 30% of the time is better than 0%.”

It’s all about building better habits. Embrace the “upward spiral,” says Ripari. Successfully completing one day or one week of a No Buy can lead to another.

“When you go to the gym one day, it’s easier to go the next day, and so on,” she says. And that can snowball into other good habits. “Then maybe you’re not just going to the gym, but you’re more energized, you’re eating better, maybe you’re sleeping better.”

One thing Ripari wishes she had started earlier was a gratitude practice: Reflecting on what she is thankful for each day. Since she started doing that last year, she says her perspective on spending and consumerism has changed dramatically.

Rather than thinking about the next thing she “needs” or how she can buy into the next big trend, she focuses on what she has and how she can best use it.

“There’s so much in your life that is beautiful and is worth celebrating,” she says. “I’ve been thinking more about the world I live in, being grateful for the people around me, and it can have such a powerful effect on our happiness. We’re not taking any steps to think about being content or happy if we’re always in this ‘next thing’ mentality.”

To do this, Ripari uses a gratitude journal that includes prompts each day. But you don’t need a special type of journal to reflect—grab a pad of paper that’s been laying around your house, start a Google doc, or write anywhere you feel comfortable.

Now, instead of shopping when she’s bored, Ripari focuses on her hobbies and other interests. Yes, she’s saved money since she’s cut back on spending—she spent $400 on makeup in Dec. 2019, compared to around $250 for the whole of 2022. But she says the biggest change has been the sense of contentment she feels with her life.

“A lot of people view No Buys as a punishment,” she says. “But it’s not a punishment. It’s an opportunity.”