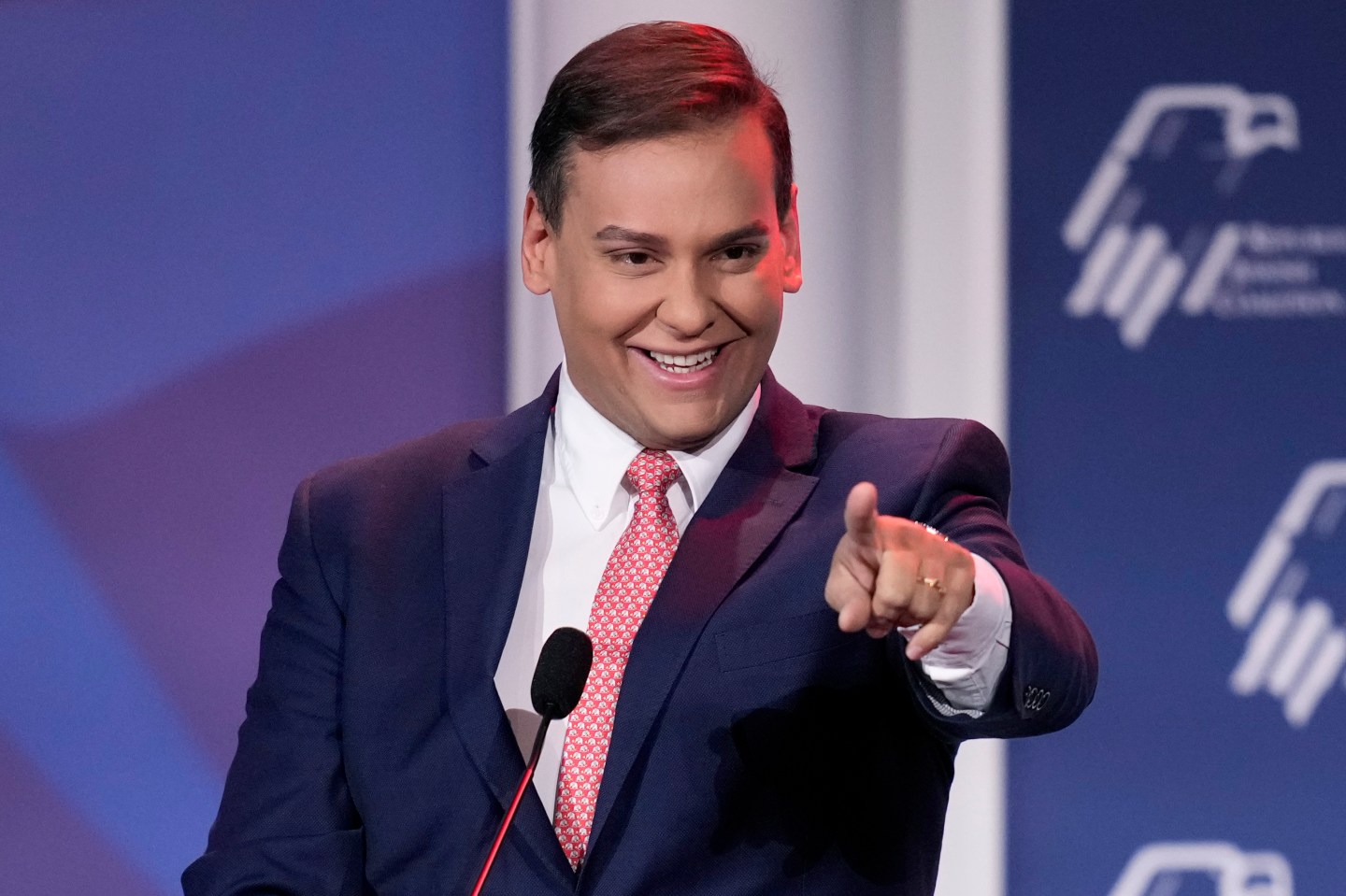 U.S. Rep.-elect George Santos of New York was under investigation by Long Island prosecutors on Wednesday, after revelations surfaced that the now-embattled Republican lied about his heritage, education and professional pedigree as he campaigned for office.

Despite intensifying doubt about his fitness to hold federal office, Santos has shown no signs of stepping aside — even as he publicly admitted to a long list of lies.

Nassau County District Attorney Anne T. Donnelly, a Republican, said the fabrications and inconsistencies were “nothing short of stunning.”

“The residents of Nassau County and other parts of the third district must have an honest and accountable representative in Congress,” she said. “If a crime was committed in this county, we will prosecute it.”

Santos’ campaign did not immediately respond to a request for comment Wednesday.

He is scheduled to be sworn in next Tuesday, when the U.S. House reconvenes. If he assumes office, he could face investigations by the House Committee on Ethics and the Justice Department.

Santos suggested he does not plan to step aside in a Twitter post Wednesday about a visit to the U.S. Merchant Marine Academy earlier in the day.

“In Congress, I look forward to working alongside them to fully utilize this amazing resource we have in our own backyard in #NY03,” the tweet said.

The Republican has admitted to lying about having Jewish ancestry, a Wall Street pedigree and a college degree, but he has yet to address other lingering questions — including the source of what appears to be a quickly amassed fortune despite recent financial problems, including evictions and owing thousands in back rent.

“I believe a full investigation by the House Ethics Committee and, if necessary, law enforcement, is required,” Lalota said Tuesday.

The New York attorney general’s office has already said it’s looking into issues that have come to light.

A spokesperson for the Nassau County DA’s office, Brendan Brosh, said Wednesday: “We are looking into the matter.” The scope of the investigation was not immediately clear.

Other Republicans castigated Santos but stopped short of asking him to step aside.

“Congressman-Elect George Santos has broken the public trust by making serious misstatements regarding his background, experience and education, among other issues,” said Joseph G. Cairo, chair of the Nassau County Republican Committee, which is within the 3rd Congressional District.

Questions intensified after The New York Times examined the narrative Santos, 34, presented to voters during his successful campaign for a congressional district that straddles the north shore suburbs of Long Island and a sliver of Queens.

The Times uncovered records in Brazil that show Santos was the subject of a criminal investigation there in 2008 over allegations that he used stolen checks to buy items at an clothing shop in the city of Niteroi. At the time, Santos would have been 19. The Times quoted local prosecutors as saying the case was dormant because Santos had never appeared in court.

Santos continued to deny that he was being sought by authorities in South America.

In an interview with the New York Post earlier this week, Santos apologized for his fabrications but downplayed them as “sins” over embellishing his resume, adding that “we do stupid things in life.”

He admitted to lying about working for Citigroup and Goldman Sachs, as well as having earned a degree in finance and economics from Baruch College in New York.

Beyond his resume, Santos invented a life story that has also come under question, including claims that his grandparents “fled Jewish persecution in Ukraine, settled in Belgium, and again fled persecution during WWII.”

During his campaign, he referred to himself as “a proud American Jew.”

He backtracked on that claim, saying he never intended to claim Jewish heritage, which would have likely raised his appeal among his district’s significant ranks of Jewish voters.

“I am Catholic,” he told the Post. “Because I learned my maternal family had a Jewish background I said I was ‘Jew-ish.’”

In a statement Tuesday, the Republican Jewish Coalition repudiated Santos.

“He deceived us and misrepresented his heritage. In public comments and to us personally he previously claimed to be Jewish,” the coalition said. “He will not be welcome at any future RJC event.”

On Fox News Tuesday night, Santos came under withering questioning by former Hawaii Rep. Tulsi Gabbard, who was sitting in for Tucker Carlson.

“You don’t really seem to be taking this seriously,” she told him.

“You’ve apologized, you’ve said you’ve made mistakes, but you’ve outright lied. A lie is not an embellishment on a resume,” she said.

“Look, I agree with what you’re saying,” Santos replied. “We can debate my resume and how I worked with firms such as -”

“Is it debatable?” Gabbard interjected. “Or is it just false?”

Santos lost his first race for Congress in 2020 but successfully ran again this year.

In its opposition research on Santos, the Democratic Congressional Campaign Committee raised several red flags about the Republican’s record — but also accepted some of his assertions, including his educational record, as fact. The 87-page dossier sought to tie him to the Jan. 6 insurrection at the U.S. Capitol and his support for baseless claims of widespread fraud in the 2020 presidential election. The report also sought to depict him as a far-right candidate. But buried within its report, the DCCC had raised issues about his shaky financial standing and multiple evictions that left him thousands of dollars in debt.

Federal campaign records show that he loaned his campaign more than $700,000, but the source of that money has yet to be explained.

His Democratic opponent, Robert Zimmerman, also tried to raise Santos’ misrepresentations during his losing campaign, but it didn’t gain much traction.

Zimmerman has said Santos is unfit for office and has called for him to step aside so a special election can be held.