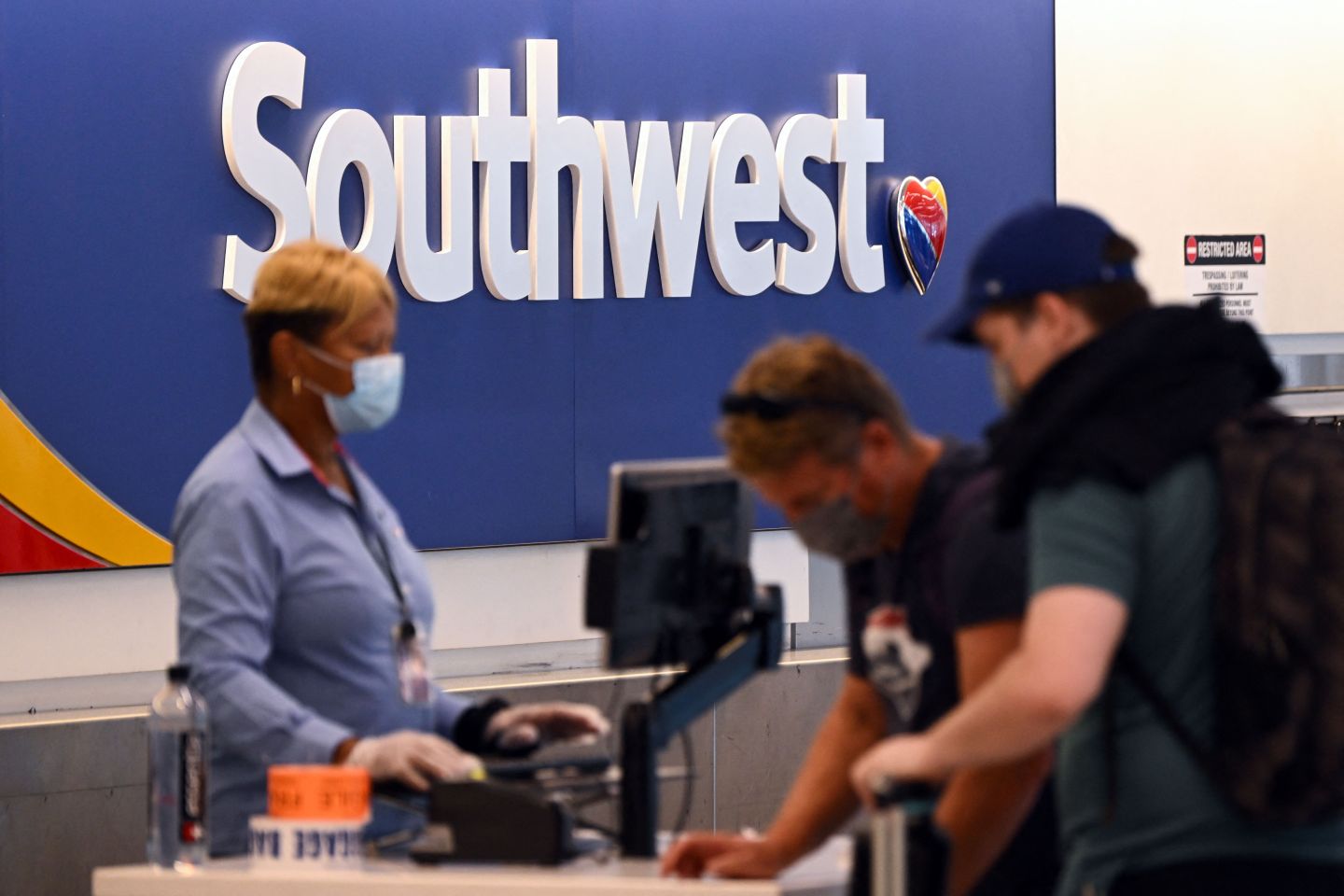 The shockingly bad holiday week in air travel was really just about one company: Southwest Airlines, the low-cost carrier that was responsible for 70% of the 3,800 flight cancellations in the U.S. on Monday, and then an outsized amount again on Tuesday. But for employees of the beleaguered budget airline, the writing was on the wall for the company’s catastrophic last few days.

Southwest, which called off 5,500 flights just on Monday and Tuesday, according to flight tracking service Flight Aware, attributed the wave of cancellations to the winter weather in a statement Tuesday. “With consecutive days of extreme winter weather across our network behind us, continuing challenges are impacting our Customers and Employees in a significant way that is unacceptable. And our heartfelt apologies for this are just beginning,” the airline said. But with its major rival airlines reporting cancellations of only around 2% of their flights, there has to be more to this story.

Since Dec. 22, almost 20,000 flights have been canceled in the U.S., according to Flight Aware, with no end to the disruption in sight. By early afternoon on Tuesday, Flight Aware recorded nearly 5,000 more canceled flights and over 3,500 planned for Wednesday. Inclement weather conditions upended travel throughout the busy Christmas weekend, with severe snowstorms and high winds battering airports across the country, with the Midwest and East Coast hit especially hard.

Southwest CEO described Monday’s fiasco as a “tough day” and the “largest-scale event” he had ever seen in an interview with the Wall Street Journal.

But employees and union groups have criticized the airline for refusing to update its software and leaving pilots and attendants stranded during the chaos, magnifying the challenges already posed by the storm.

“At this point in time, it’s safe to say that Southwest has a systemic issue when it comes to being able to manage their way through weather events,” Michael Massioni, vice president of TWU Local 556, a union representing Southwest flight attendants, told Fortune.

“It’s not so much the weather event, it’s the aftermath. It’s after the network has been disrupted, that we don’t have the technological tools to regain control,” he said.

Here’s how the airline’s critics say the writing was on the wall long before a winter storm exposed it.

“They don’t know where we are”

The problem is, employees and union representatives say, that Southwest adopted a low-cost approach in more ways than one. “The storm that hit last week was the catalyst to this, but what went wrong was that our IT infrastructure for our scheduling software is vastly outdated,” Michael Santoro, vice president at the Southwest Airlines Pilots Association, a union, told CNN on Tuesday.

Southwest has for years relied on antiquated software to track planes, pilots, and flight attendants as well as each employee’s flight schedule, according to Santoro, and has refused to invest in modernizing equipment that could easily fail in the case of a severe emergency. TWU’s Massioni said the same software has been in use since the late 1990s.

“They don’t know where we are, where our airplanes are,” Santoro said. He added that the company has had a “meltdown” of flight delays and cancellations once a year for at least the past five or six years, but he had never seen an incident like the one currently stranding passengers and employees across the country.

“It’s embarrassing,” he said. “We have over 10,000 pilots, not all flying at the same time, but imagine everyone is in the wrong city, without hotel assignments, and trying to find hotels.”

Massioni called Southwest’s conduct over the past week “almost unforgivable,” as unions have been urging the airline to modernize its equipment since at least 2015.

“We have been talking about this for years with them. And yet here we are, they still have not invested in their people and in their technologies to help us guide us through these types of times,” he said.

This also isn’t the first time Southwest has dealt with onerous delays and cancellations with employees left stranded. In October 2021, the airline canceled over 1,800 flights due to bad weather and air traffic control issues, leaving some employees without hotel rooms and nearing contractual and federal working time limits.

The airline has been unable to make things better for employees this time around. Massioni said the past week has been “brutal” for Southwest employees, and many of the airline’s 18,000 flight attendants have been stranded in cities without hotel bookings, forced to sleep on airport floors, and work “countless” illegal duty days. Stranded employees have to call Southwest’s scheduling hotline but will be lucky to get an answer, Massioni said, as current hold times range between three and 15 hours.

Airport workers have hardly fared better. Last week, Chris Johnson, Southwest vice president, sent a memo to ramp agents at Denver International Airport declaring an “operational emergency” while noting an unusually high number of employees recently calling in sick. Johnson said the airline would be implementing a “mandatory overtime” in light of the emergency for all employees, who could be fired if they chose not to comply.

In its statement Tuesday, Southwest said it was “beyond grateful” for its employees, while acknowledging how some workers were feeling aggrieved by the chaos.

“We’ll work to make things right for those we’ve let down, including our Employees,” the airline said.

Southwest is falling under federal review for its failings during this holiday season. The Department of Transportation announced on Twitter Monday that it would “examine” whether the cancellations were truly out of Southwest’s control or if they could have been avoided, while slamming the airline’s “unacceptable rate of cancellations and delays.”

On Tuesday, SWAPA president Casey Murray told the AP that Southwest’s issues could go on for a long time if changes aren’t made to the software system. “The airline cannot connect crews to airplanes. I’m concerned about this weekend. I’m concerned about a month from now,” he said.

Note: This article was updated on Dec. 27 with comments from a spokesperson representing Southwest Airline flight attendants.