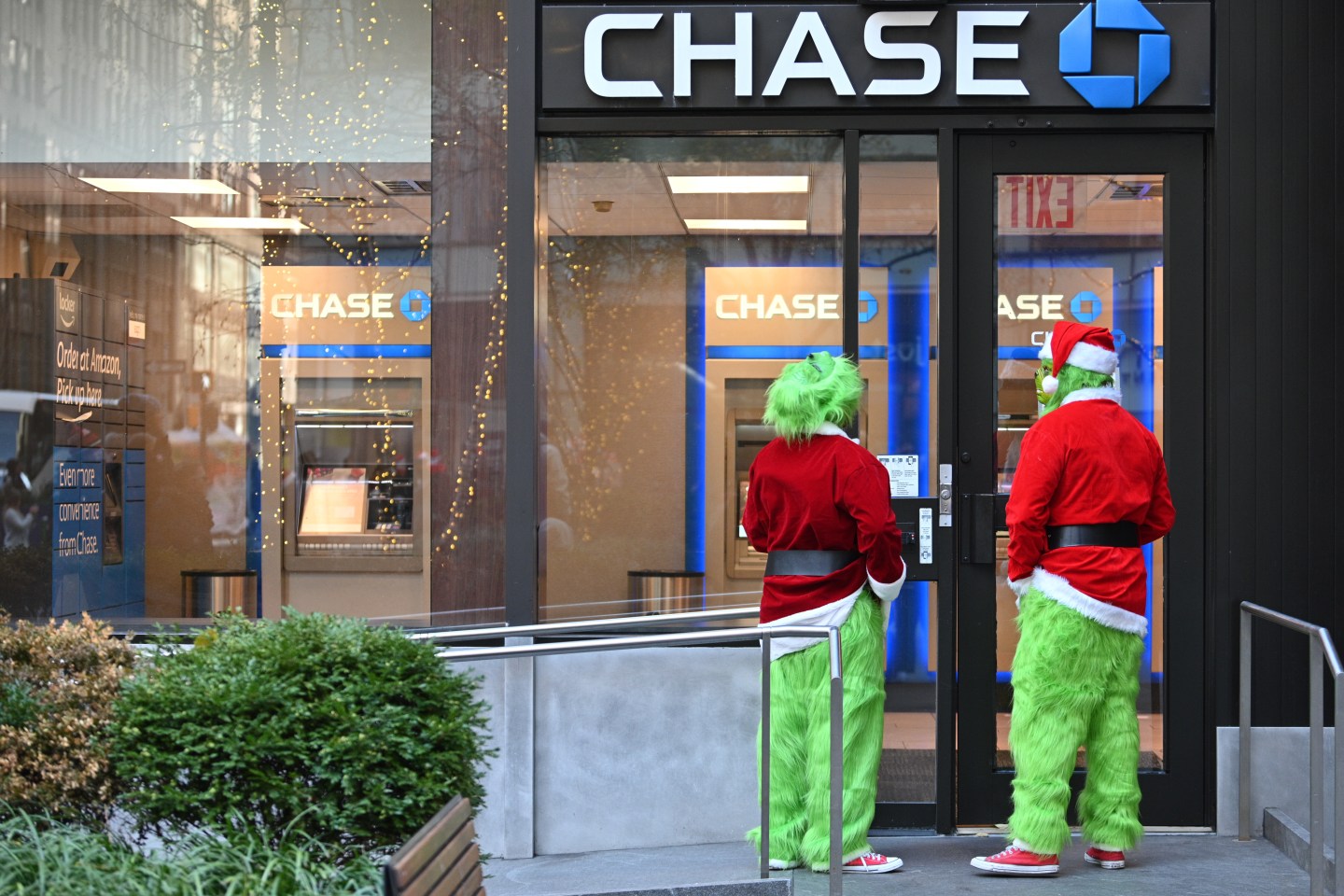 The Grinch is not exactly on the loose.
Alexi Rosenfeld—Getty Images

Holiday sales rose this year as American spending remained resilient during the critical shopping season despite surging prices on everything from food to rent, according to one measure.

Holiday sales rose 7.6%, a slower pace than the 8.5% increase from a year earlier when shoppers began spending the money they had saved during the early part of the pandemic, according to Mastercard SpendingPulse, which tracks all kinds of payments including cash and debit cards.

Mastercard SpendingPulse had expected a 7.1% increase. The data released Monday excludes the automotive industry and is not adjusted for inflation, which has eased somewhat but remains painfully high.

U.S. sales between Nov. 1 and Dec. 24, a period that is critical for retailers, were fueled by spending at restaurants and on clothing.

By category, clothing rose 4.4%, while jewelry and electronics dipped roughly 5%. Online sales jumped 10.6% from a year ago and in-person spending rose 6.8%. Department stores registered a modest 1% increase over 2021.

“This holiday retail season looked different than years past,” Steve Sadove, the former CEO and chairman at Saks and a senior advisor for Mastercard, said in a prepared statement. “Retailers discounted heavily, but consumers diversified their holiday spending to accommodate rising prices and an appetite for experiences and festive gatherings post-pandemic.”

Some of the increase reflected the impact of higher prices across the board.

Consumer spending accounts for nearly 70% of U.S. economic activity, and Americans have remained resilient ever since inflation first spiked almost 18 months ago. Cracks have begun to show, however, as higher prices for basic necessities take up an increasingly large share of everyone’s take-home pay.

Inflation has retreated from the four-decade high it reached this summer, but it’s still sapping the spending power of consumers. Prices rose 7.1% in November from a year ago, down from a peak of 9.1% in June.

Overall spending has slowed from the pandemic-infused splurges and shifted increasingly toward necessities like food, while spending on electronics, furniture, new clothes and other non-necessities has faded. Many shoppers been trading down to private label goods, which are typically less expensive than national brands. They’ve been going to cheaper stores like dollar chains and big box stores like Walmart.

Consumers also waited for deals. Stores expected more procrastinators to hit stores in the last few days before Christmas compared with a year ago when people began shopping earlier due to a global disruption of the supply chain that created thousands of product shortages.

“Consumers are trying to spread out their budget, and they are evaluating and shopping at different stores,” said Katie Thompson, the lead of consultancy Kearney’s Consumer Institute.

In November, shoppers cut back sharply on retail spending compared with the previous month. Retail sales fell 0.6% from October to November after a sharp 1.3% rise the previous month, the government said in mid-December. Sales fell at furniture, electronics, and home and garden stores.

A broader picture of how Americans spent their money arrives next month when the National Retail Federation, the nation’s largest retail trade group, comes out with its combined two-month results based on November-December sales figures from the Commerce Department.

The trade group expects holiday sales growth will slow to a range of 6% to 8%, compared with the blistering 13.5% growth of a year ago.

Analysts will also be dissecting fourth-quarter financial results from major retailers in February.