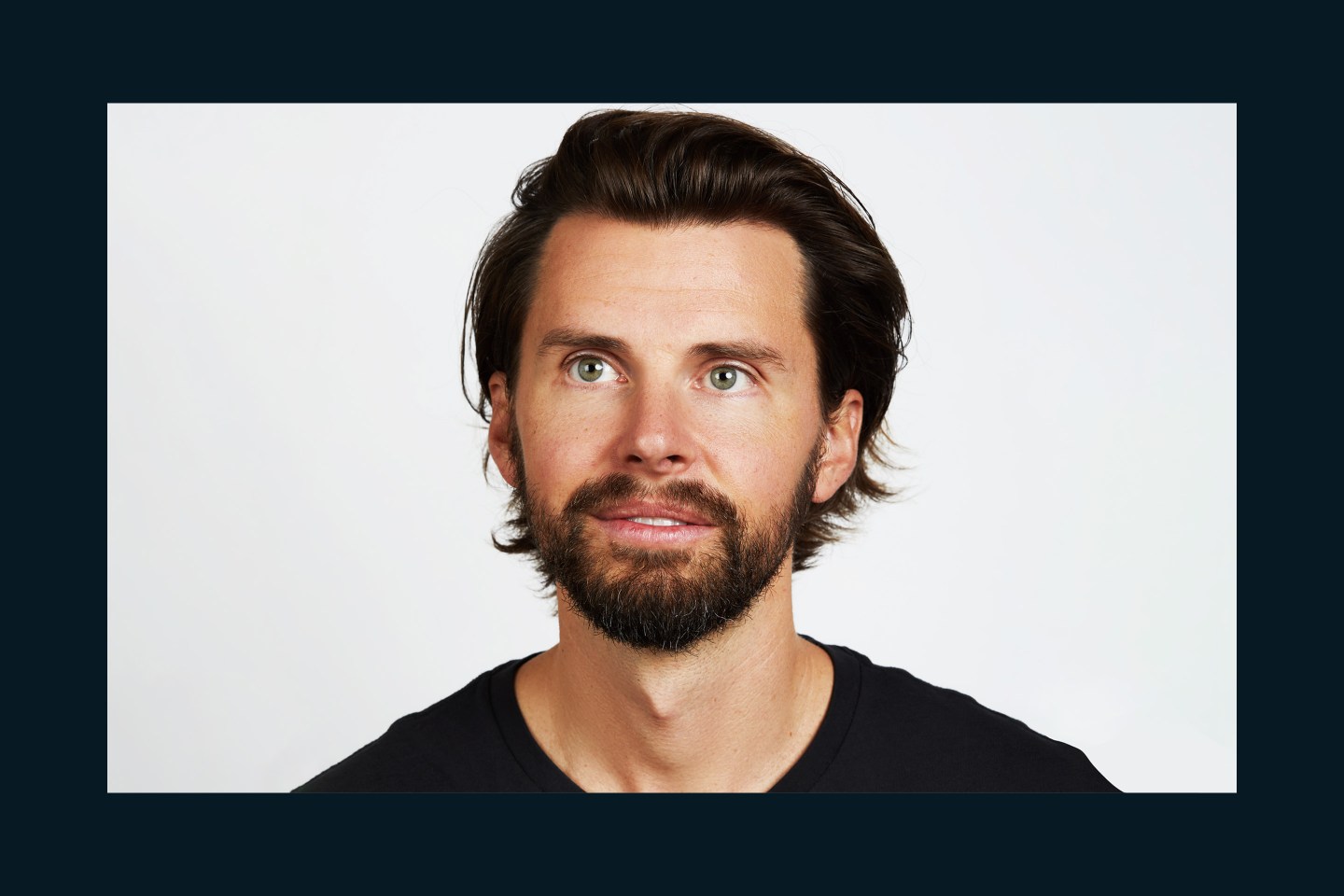 In late 2015, Justin McLeod realized his relationship had turned sour. But it wasn’t a romantic relationship gone bad—it was the one with the company he founded. Hinge, the dating app to which he had devoted the last four years of his life, had turned into a prime example of a dating app that fostered a culture of objectification and hook up culture, according to Vanity Fair. That article was published in August, by December 2015, McLeod decided to tear down in hopes of rebuilding, laying off half of his staff and sending the remaining 15 employees to a retreat to begin brainstorming about how to start again from square one.

Originally built in 2011, McLeod had initially designed Hinge for himself. After a tough breakup with his college girlfriend and recently becoming sober after college graduation from Colgate University, McLeod realized that dating without drinking was especially challenging, and none of the apps on the market seemed appealing. “I didn’t know how to be in [dating] environments without the crutch of alcohol and drugs,” he said.

So McLeod partnered with his Harvard business school classmate Francis Haugen, who many now know as the Facebook whistleblower, to design the app in its earliest stages (she is no longer involved in the business.) McLeod had been hired to work at the consulting firm McKinsey after finishing b-school, but decided to build Hinge instead. “[Entrepreneurship] always felt like work, but then when Hinge came to me as a concept, I couldn’t not work on it,” he explained. “I was obsessed with it.”

McLeod tried different technological iterations of how to match users in a way that felt authentic. “I wanted to build something that was simple, easy, fun, low stakes and low pressure,” he explained. In its first life in 2011, Hinge was a Facebook Canvas app that used Facebook contacts to match up people who have mutual friends, recreating what could have been a casual meeting at a party.

While McLeod experienced the market opening for Hinge himself, venture capitalists shut the door on his face when he began fundraising. He moved to San Francisco, and then Washington D.C., raising money from friends and family, small seed funds and incubators. “It was horrible,” he said of his early fundraising efforts. “People didn’t believe at all that this was an opportunity,” he said. McLeod knew there was an opening for a dating service for a younger demographic, but VCs thought the online dating space was already oversaturated and Match.com owned the market. “Everyone said no,” he explained. By 2012, Hinge was on the brink of bankruptcy.

Yet it was the success of a competitor that turned the tide for Hinge. When the dating app Tinder took off in 2013, Silicon Valley suddenly saw the opening an online dating platform that catered to millennials. Since Tinder was owned by IAC at the time, VCs were shut out. Hinge, which had redesigned its interface to be swipe-based yet had a smaller market share than Tinder, was suddenly the best alternative. The app raised $4 million from investors including Founders Fund, Creative Artists Agency, and Shasta(SP).

Yet being VC-supercharged in the wake of Tinder’s success had an unintended consequence—McLeod didn’t want Hinge to be Tinder. His original goal, to match people who wanted to find a meaningful relationship, was the throughline of his project. “I thought to myself [in 2015], this really isn’t the company that I want to build,” he said. “It’s not going to be super successful because we’ve been out competed and from a mission perspective, it is not what I wanted to build.” He explained that Hinge had overemphasized the “easy and fun” component of the app, and had not focused enough on its core goal—helping users find meaningful relationship. So in 2015, McLeod had reached the decision: he would relaunch again. “I let go of half the company we started, we built a new brand, a new codebase, everything all from scratch,” he explained.

But in the meantime McLeod was facing another challenge, this one far more personal. He had never fully moved from his on-and-off college girlfriend, Kate. In his second year of business school, McLeod had tried to get Kate back, but she had told him she moved on. In 2014, New York Times journalist Deborah Copaken asked McLeod the question ‘have you ever been in love?’ during an interview about the app. McLeod opened up to Copaken about Kate, and Copaken revealed her own missed connection years prior, advising McLeod to try to win her back one last time. The only problem? Kate lived in Switzerland and was weeks away from getting married. Still, he took the chance he thought was the longest of long shots, flying all the way to Switzerland to win her back in person. His grand gesture worked, and three months later McLeod and Kate were living together in New York City.

McLeod’s experience reuniting with his college sweetheart changed the way he thought about dating. He realized that the initial meeting that generates a relationship is far less important than everything that comes later. “I had thought dating was a numbers game,” he explained. “And then I finally got the person that I wanted, and I realized that it’s so much about how you show up and the skills that you bring to a relationship. That’s when I changed my idea about how a dating app should function, and how relationships should function.”

The way McLeod integrated this thesis into the algorithm of the app was to move away from the traditional venture capital metrics like engagement, retention, and time on the app, and instead measure only one factor: whether or not matches went on dates, and how well they went. Hinge is still the only app to have a feature that asks people whether they went on dates and whether those dates were good. “That metric became our North Star—everything that we decided to build from a future perspective was all based on that,” McLeod said. “If [a feature] moved that metric, we optimized for it and if it didn’t, we weren’t interested, and what we ended up creating was a very different app,” he said. “A whole lot of subtle differences added up to a very different feeling experience for users,” he added.

Unlike other dating apps, Hinge requires all users to add six photos, and has individualized prompts that allows people to share more of their personality. On the new Hinge, McLeod explained there were a lot fewer matches per user, but people who did match had more conversations and went on more dates. This period of experimentation was marked by growing pains. “We were iterating really quickly while running out of money to hit on the right formula,” he explained.

As more users experimented with the new algorithm, core product metrics began to turn around. As Hinge sought more investors, Match Group, which operates Match.com, noticed the app’s successful product metrics and saw its potential despite the company’s top line. “To outside investors, we looked like a bad deal,” McLeod acknowledged. “But if you had the trained eye, they saw the underlying fundamentals,” he said. After an initial investment, Match Group fully acquired Hinge in 2019.

The acquisition marked the culmination of years of having faith in a vision that looked like it was on the brink of failure multiples times. Since 2019, the app has seen its success skyrocket. In 2021, Hinge more than doubled total revenue on a year-over-year basis to roughly $200 million, according to the company. Hinge’s number of employees have also quadrupled since the start of the pandemic. McLeod is currently busy designing features that help users interact with their matches. “I still think we’re in the early innings of figuring out how to help people connect,” he said.

McLeod says at times delusional idealism kept him dedicated to the project. “I had this probably very naive belief that success was always just around the corner,” he said. “I kept believing that for a decade.”