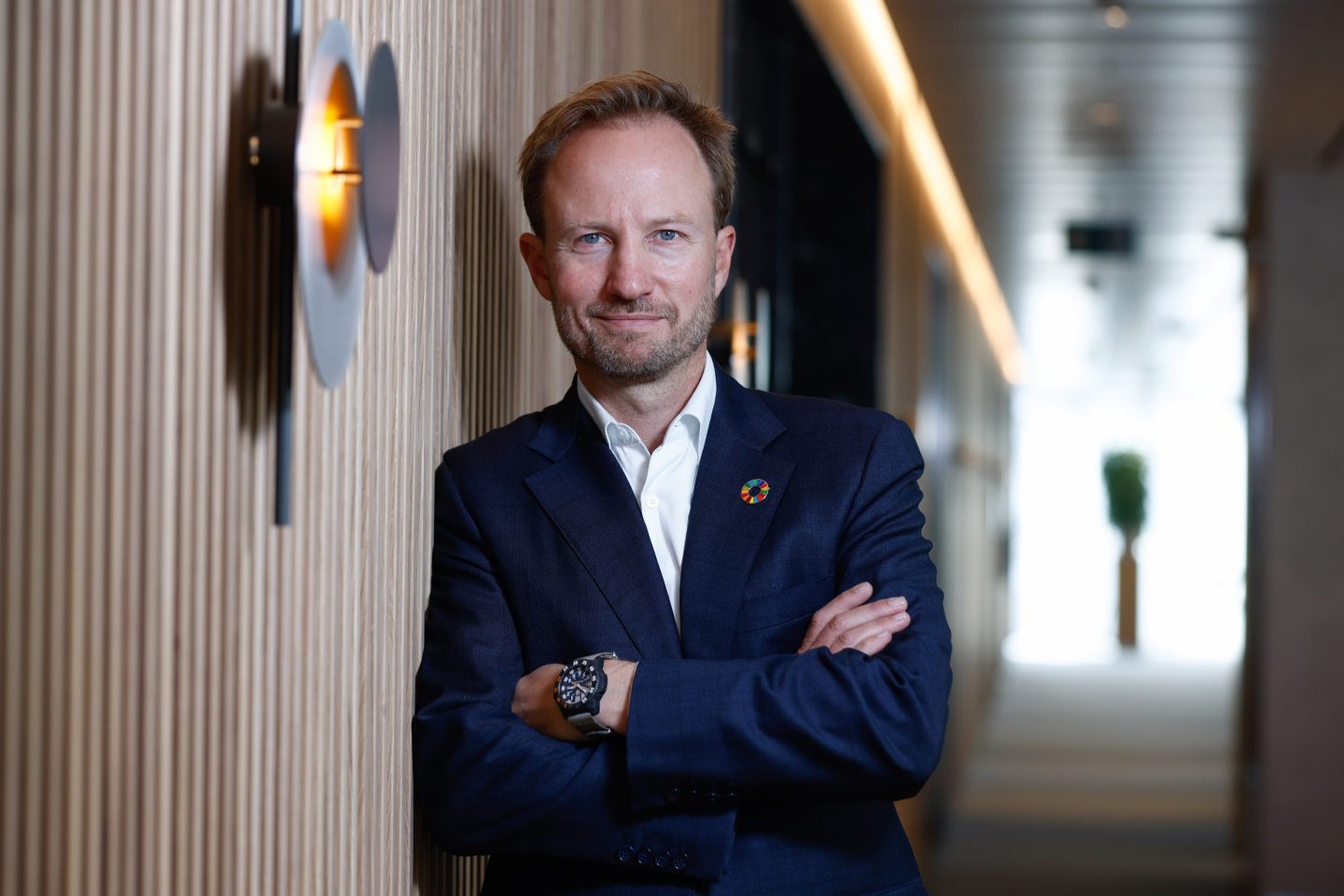 Private equity will have to get the check book out in the coming months if the industry wants to return to its record pace of deal making.

That’s because banks stuck with billions of dollars of risky corporate loans, a hangover from deals underwritten in a lower-rate environment, are unlikely to back sizable new transactions until well into 2023, dealmakers say.

“It may be the second half of the year before banks return in force to leveraged buyouts,” EQT AB Chief Executive Officer Christian Sinding said, speaking generally rather than in relation to his firm.

Those lenders “haven’t been there to underwrite, not in any meaningful size, and still aren’t,” he added later.

That leaves buyout giants such as EQT, CVC Capital Partners and KKR & Co. with fewer funding options for acquisitions, a far cry from previous years when they took advantage of cheap borrowing rates to make debt-fueled acquisitions — and disposals — of companies. The easy money era had been a boon for the industry, helping increase assets under management by more than 250% in just over a decade.

Private equity firms typically buy companies with a combination of equity and debt. The debt portion is usually secured through a bridge loan from a syndicate of banks, who then sell it to leveraged loan and bond investors.

Rising borrowing costs have disrupted that model, leaving lenders stuck with about $40 billion of the loans that are now worth less than when they were advanced. Elon Musk’s acquisition of Twitter alone makes up $13 billion of that. The banks have also committed billions of dollars more for other acquisitions, limiting their ability to finance new deals.

Already, some buyout firms have made all-cash acquisitions, a trend that mainly benefits those players that have raised big funds.

For example, KKR agreed to an all-cash €2.3 billion ($2.44 billion) deal for French insurer April Group, according to people with knowledge of the matter. Francisco Partners, Thoma Bravo and Stonepeak Partners are among those that announced new acquisitions in recent weeks without debt financing in place. The danger for such purchases is that firms could end up with big single positions in their funds that could make returns volatile.

“The buy now borrow later trend will likely continue into the first half of next year,” said Pete Mason, co-head of capital markets at Barclays Plc for the Europe, Middle East and Africa region. “Banks will underwrite at terms that will reflect where we are in the credit cycle.”

To be sure, companies no longer carry the costly price tags that they did during 2020 and 2021, when unprecedented central bank stimulus flooded the market with cash and supercharged company valuations. Still, the sharp spike in borrowing costs limit private equity’s ability to take advantage of the drop in valuations.

Without cheap credit, the money managers lose one of the keys to their ability to do large acquisitions. Instead, the competitive edge will return to companies with stronger balance sheets that had traditionally used that to secure less expensive loans.

“Financing will not be an issue for these companies in the current environment, while valuations are currently very attractive for a potential buyer,” said Matthias Reschke, head of European investment grade finance at JPMorgan Chase & Co. “We expect this to drive transactions in the future.”

Amgen Inc. this week used balance sheet cash and a $28.5 billion bridge loan to fund its purchase of Horizon Therapeutics Plc, with Citigroup Inc. and Bank of America Corp. as lead arrangers.

Reschke says JPMorgan is also open to funding substantial acquisitions. “Our bridge book has a lot of spare capacity and we will use it to enable strategic deals,” he added.

Companies that have portability debt clauses — which allows sellers to dispose of a company without having to repay the debt at the deal close – will also become more attractive to buyers, according to a person with knowledge of the matter, who asked not to be identified as they were not authorized to comment publicly.

Alternative asset managers that want to add companies without those clauses to their portfolios will have to become more creative with financing, turning to things like vendor loan notes, a form of financing provided to buyers and typically secured on an asset like the company’s goods.

“Some private equity firms that are sellers are providing financing to the buyers,” Sinding said. “All of our new deals this year have been with private credit.”

Private credit’s a swelling market that includes Blackstone Inc. and Ares Management Corp., but that industry doesn’t have the same capacity to support major deals unless significant numbers of them become involved.

That’s viewed by buyers as less preferable than dealing with a small number of trusted bankers. Others will stick with all cash deals in the knowledge that borrowing conditions will eventually improve.

“They will have to pay more to get their deals away” if they come to the debt markets instead, said Vincent Benguigui, a senior credit portfolio manager who oversees $1.6 billion of assets for Federated Hermes in London. “All these private equity firms have phenomenal dry powder – now it’s time for them to use it.”

—With assistance from Giulia Morpurgo, Claire Ruckin and Fareed Sahloul.