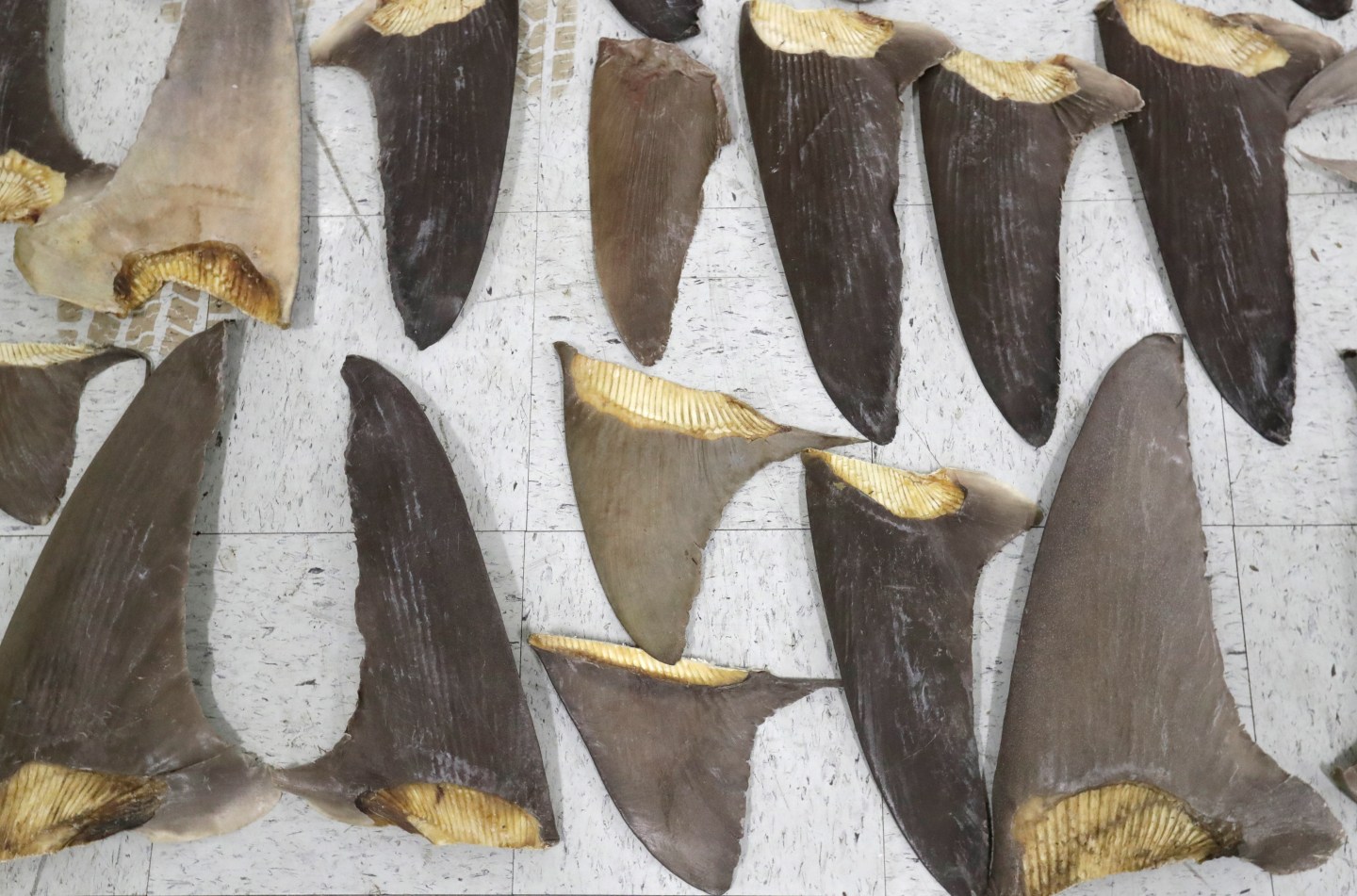 The U.S. is poised to ban the lucrative trade in shark fins, a move conservationists hope will help protect millions of sharks that are butchered every year to satisfy demand in China and other parts of Asia.

The practice of shark finning, whereby sharks are caught for their fins and their carcasses then dumped back into the ocean, has been banned in U.S. waters for decades. But the U.S. remains a major hub for the brisk trade, where as many as 73 million fins are sliced off of sharks around the world each year.

The House and Senate passed identical versions of the proposed ban as part of a broader defense spending bill that President Joe Biden is expected to sign into law. Once he does, it will be illegal for Americans to buy, sell, transport or even possess foreign-caught fins — something ocean conservation activists have long sought.

Every year, American port inspectors seize thousands of dried, foreign-caught shark fins in undeclared shipments headed to China and other parts of Asia where shark fin soup is a delicacy.

“Our ports are no longer open for business for shark fins,” said Gib Brogan, campaign director with the ocean conservation group Oceana. “That will take them out of the supply chain and we expect it to disrupt the global fin market.”

But some scientists who study shark fisheries aren’t so certain. They believe the legislation will have little impact on the trade in shark fins and will only serve to shut down a regulated American fishery for shark meat and other legal products.

U.S. shark fisheries, although small, are well managed, and removing the country from the fin trade could encourage more exploitation of sharks in parts of the world where it’s less sustainable, said Robert Hueter, senior scientist emeritus at Mote Marine Laboratory in Sarasota, Florida.

“It’s putting the wrong people out of the fishery, creating opportunities for those that are doing it the wrong way to have more market share,” Hueter said. “People think this is going to solve the problems, and it’s not.”

While not all sharks are killed just for their fins, none of the other shark parts — such as its meat, jaws or skin — can compete with fins in terms of value. Depending on the type of shark, a single pound of fins can fetch hundreds of dollars, making it one of the priciest seafood products by weight.

Kevin Wark, a shark fisherman based in New Jersey, said the new rules have the potential to put fishermen out of business.

However, conservationists say the U.S. must act forcefully to encourage other countries to take similar steps, much in the way the U.S. ban on the ivory trade has been pivotal in protecting African elephants. The fin ban, first floated in 2017 by a bipartisan group of lawmakers, is similar to action already taken by Canada.

Overfishing has led to a 71% decline in shark species since the 1970s. The International Union for Conservation of Nature, a Switzerland-based group that tracks wildlife populations, estimates that more than a third of the world’s 500-plus shark species are threatened with extinction.

At an international wildlife conference in Panama last month, governments from around the world extended trade restrictions to more than 90 shark species that are increasingly being hunted not only for their fins, but also their meat, some of which ends up in pet food.