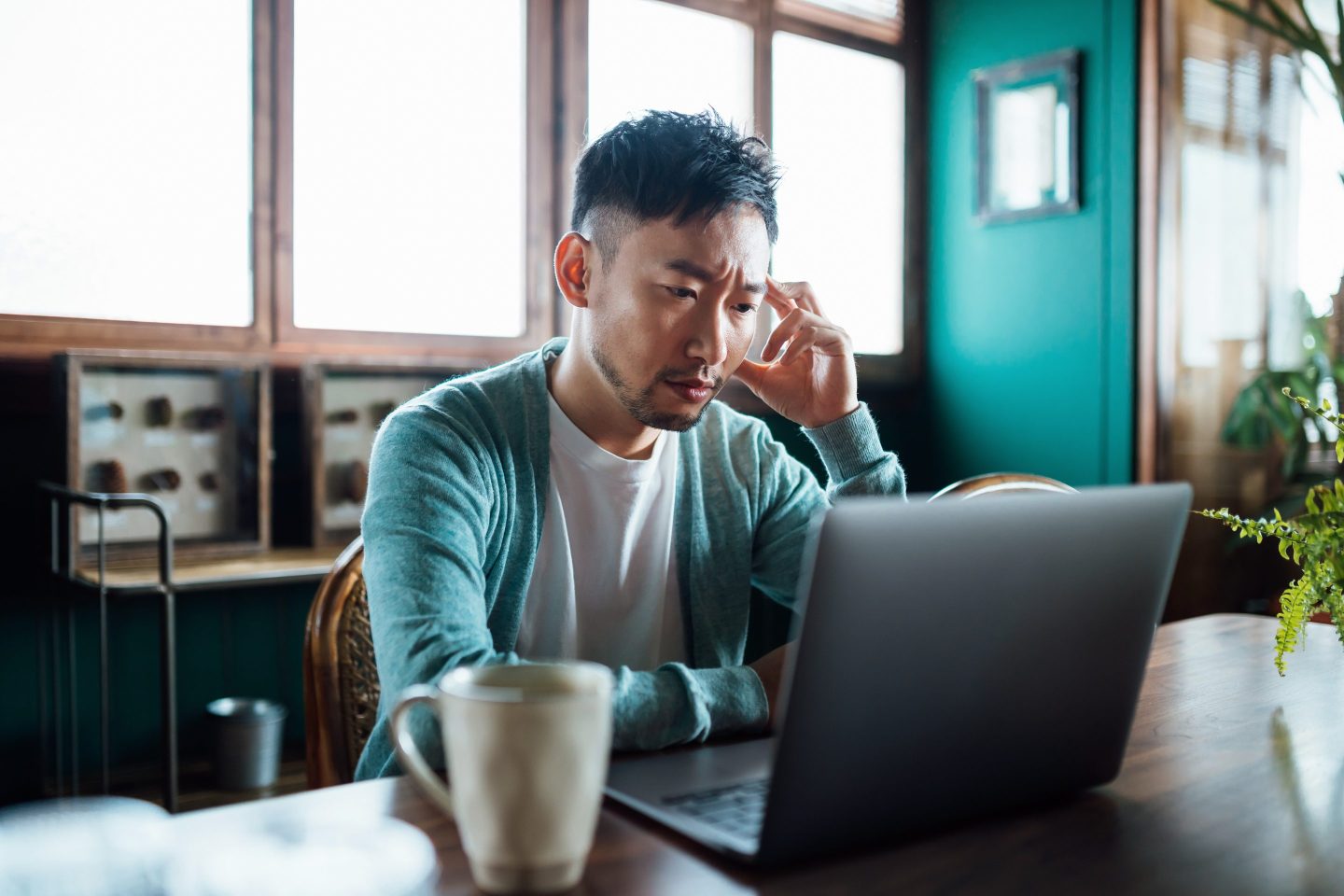 Gen Z employees are more anxious about tech issues than any other generation.
AsiaVision — Getty Images

When the Zoom lags, some participants might be panicking more than others: Gen Z.

They’re most likely to feel plagued by technological issues at work, according to HP’s global survey of 10,000 office workers around the world. That might be surprising considering the youngest generation is digitally native, often assigned the job of explaining newfangled gizmos or devices to their older peers at work. But that can put Gen Z under pressure.

While 1 in 5 young office workers report feeling judged for having tech issues, only 1 in 25 of their older coworkers feel the same way, according to HP. They’re also 10 times more likely to feel shame when having these tech snafus than their peers over age 40.

This “tech shame,” as Debbie Irish, head of HP’s U.K. and Ireland human resources, posits to WorkLife, is due to a number of reasons. For one, she says, it might be related to not being able to afford better technological equipment or Wi-Fi the way senior coworkers can, since Gen Z is largely still on entry-level salaries. They may also feel less confident in their place at work in general.

“Some young professionals are entering the workforce for the first time in fully virtual settings,” Irish says. “They have less face-to-face time in the office than any other generation and have limited access to senior employees, mentors, and even their bosses.”

It’s enough to prevent Gen Z from getting involved in a meeting—a quarter of the generation would actively avoid participation if they believed their technology would create a disruption, the HP report found. That percentage dips to 6% for those 40 and older.

Despite their penchant for TikTok, younger generations don’t feel all that equipped to live in a remote or hybrid environment world where digital skills are more essential. LaSalle Network found that the Class of 2022 listed technical skills as the top thing they feel unprepared for in the job market.

And the assumed responsibility in leading others in technological issues can also make Gen Z feel ashamed when they experience their own troubles. While being fountain of knowledge can instill a sense of importance, describing how to convert a file regularly can get tiring.

Gen Z workers spend about eight hours a week on average simply helping their older colleagues locate their computer files, according to a survey of 1,000 workers by software company OSlash. That amounts to $11,000 annually in wasted employee time. And more than a quarter of Gen Zers reported that they weren’t able to do their regular work because they were juggling tech support duties.

Besides, work isn’t all social media and Zoom—and that may be part of the problem for Gen Z. Some offices still rely on more traditional forms of tech that they’re not familiar with. Older technology like fax machines leave younger workers confused and feeling a sense of imposter syndrome, according to research from Asana.

Perhaps these mistakes are just simple blips to those with more career confidence. But for some Gen Zers on already shaky ground, it’s not just about trying to turn it off and on again, it’s a matter of feeling confident in one’s job