Arizona Sen. Krysten Sinema has registered as an independent after years of angering the Democratic party 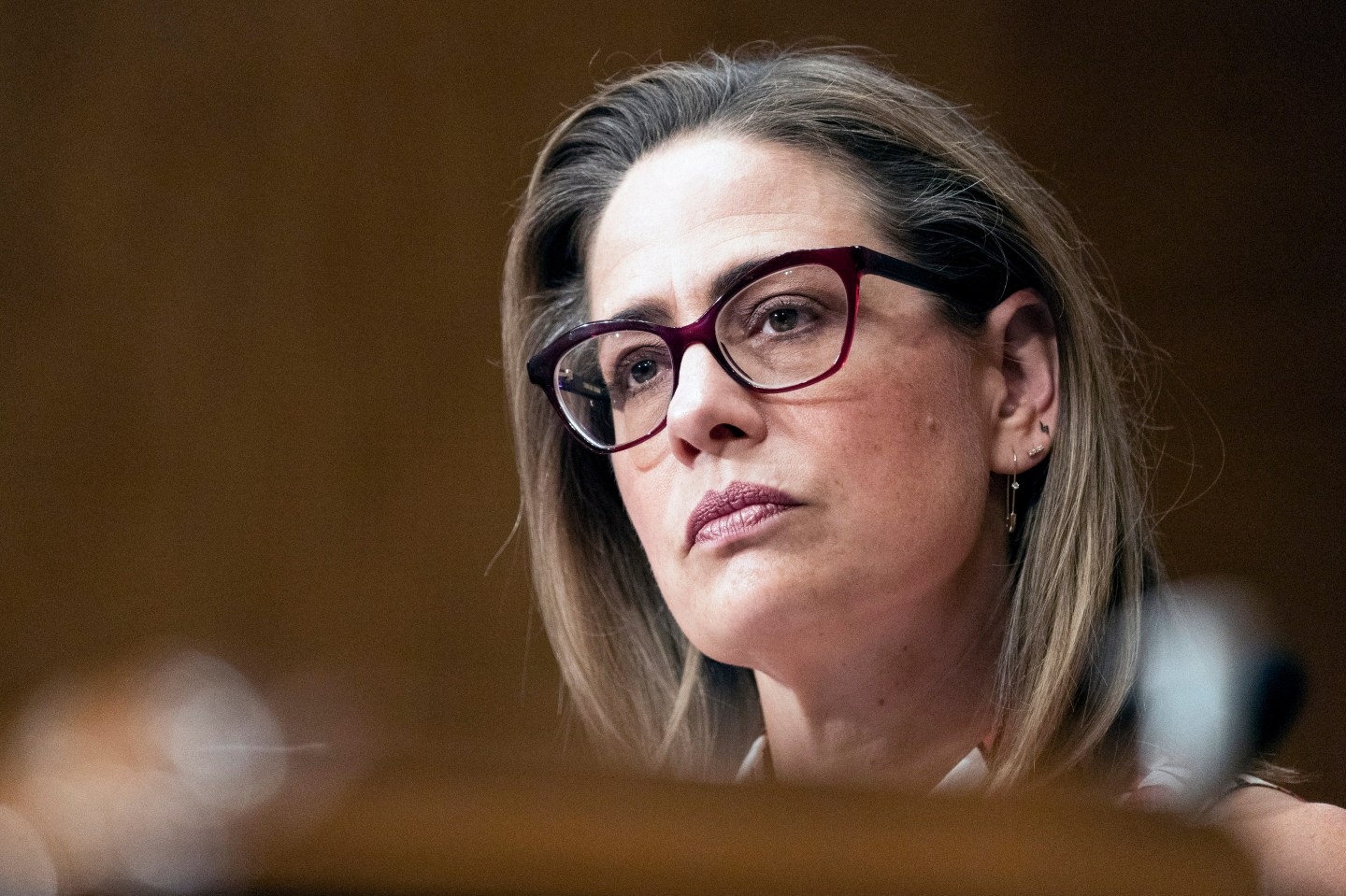 Sen. Kyrsten Sinema, D-Ariz., speaks during a Senate Homeland Security and Governmental Affairs committee hearing to examine social media's impact on homeland security, Sept. 14, 2022, on Capitol Hill in Washington. In 2024 Sinema will be up for reelection.
Alex Brandon—AP Images

Democratic Sen. Kyrsten Sinema of Arizona announced Friday that she has registered as an independent, but she does not plan to caucus with Republicans, ensuring Democrats will retain their narrow majority in the Senate.

Sinema, who has modeled her political approach on the renegade style of the late Sen. John McCain, R-Ariz., and has frustrated Democratic colleagues at times with her overtures to Republicans and opposition to Democratic priorities, said she was “declaring my independence from the broken partisan system in Washington.”

In a video explaining her decision, she said: “Registering as an independent and showing up to work with the title of independent is a reflection of who I’ve always been. … Nothing’s going to change for me.’’

The first-term senator wrote in the Arizona Republic that she came into office pledging “to be independent and work with anyone to achieve lasting results. I committed I would not demonize people I disagreed with, engage in name-calling, or get distracted by political drama. I promised I would never bend to party pressure.”

She wrote that her approach is “rare in Washington and has upset partisans in both parties” but “has delivered lasting results for Arizona.” Sinema also said that she has “never fit perfectly in either national party.”

Before Sinema’s announcement, Democrats were set to hold a 51-49 edge in the Senate come January after the victory Tuesday by Democratic Sen. Raphael Warnock in Georgia’s runoff election. The Senate is now split 50-50, with Vice President Kamala Harris the tiebreaking vote for Democrats.

Sinema told Politico in an interview that she will not caucus with Republicans and that she plans to keep voting as she has since winning election to the Senate in 2018 after three House terms.

She is facing reelection in 2024 and is likely to be matched up with a well-funded primary challenger after angering much of the Democratic base by blocking or watering down progressive priorities such as a minimum wage increase or President Joe Biden’s big social spending initiatives. She has not said whether she plans to seek another term.

Sinema’s most prominent potential primary challenger is Rep. Ruben Gallego, who has a long history of feuding with Sinema.

The senator wrote that she was joining “the growing numbers of Arizonans who reject party politics by declaring my independence from the broken partisan system in Washington.”

Sinema bemoaned “the national parties’ rigid partisanship” and said “pressures in both parties pull leaders to the edges — allowing the loudest, most extreme voices to determine their respective parties’ priorities, and expecting the rest of us to fall in line.”

“In catering to the fringes, neither party has demonstrated much tolerance for diversity of thought. Bipartisan compromise is seen as a rarely acceptable last resort, rather than the best way to achieve lasting progress,” she wrote.

She added: “My approach is rare in Washington, and has upset partisans in both parties.”

Along with West Virginia’s Joe Manchin, she has been one of two moderate Democrats in the 50-50 Senate, and her willingness to buck the rest of her party has at times limited the ambitions of Biden and Senate Majority Leader Chuck Schumer, D-N.Y.

Sinema is a staunch defender of the filibuster, a Senate rule effectively requiring 60 votes to pass most legislation in the 100-member Senate. Many Democrats, including Biden, say the filibuster leads to gridlock by giving a minority of lawmakers the ability to veto.

Last January, leaders of the Arizona Democratic Party voted to censure Sinema, citing “her failure to do whatever it takes to ensure the health of our democracy″ — namely her refusal to go along with fellow Democrats to alter the Senate rule so they could overcome Republican opposition to a voting rights bill.

While that rebuke was symbolic, it came only a few years since Sinema was heralded for bringing the Arizona Senate seat back into the Democratic fold for the first time in a generation. The move also previewed the persistent opposition that Sinema was likely face within her own party in 2024.