Bernice King struggled to define herself on her own terms. Then she accepted her role in continuing her parents’ legacy 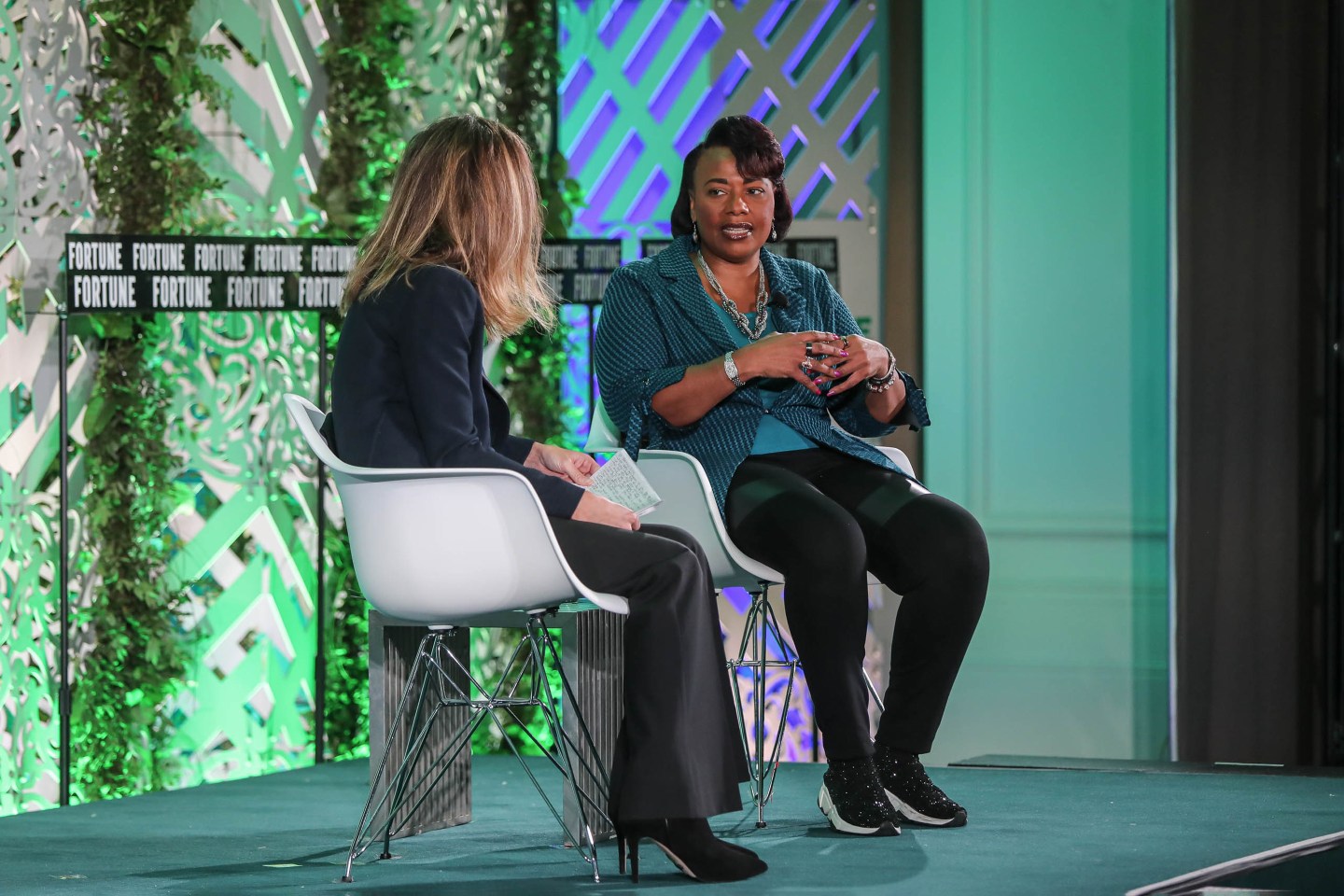 Good morning, Broadsheet readers! Kamala Harris will swear in Karen Bass as L.A. mayor, New York sees an uptick in out-of-state patients for abortions, and Bernice King realizes the power of her parents’ legacy. Have a lovely Tuesday

– Lasting legacy. Most people, these days, are looking for purpose in their work. Bernice A. King says she was “born with purpose.” Instead, her challenge was to make that purpose her own.

King is the daughter of Martin Luther King Jr. and Coretta Scott King. She serves as CEO of the King Center, which shares her father’s teachings of nonviolent social change. She joined Fortune at our inaugural Impact Initiative conference in Atlanta last week.

“I appreciate being the daughter of such phenomenal people who not only changed the world but in their death are still changing the world,” King told Impact Initiative attendees. “But I wanted my own identity. I wanted Bernice to stand out.”

The path she chose didn’t make that easy. King was “called to ministry” and worried she’d be seen as “just like [her] daddy.” She went to law school to try to do something different but never practiced. She ultimately came to a realization: “God called me to continue a legacy the world needs,” she said. “It’s 55 years now since my father was assassinated. The world is still craving and looking to that legacy for answers. I now understand that I don’t have to figure out why I’m here. I was born into a legacy.”

In her role today, King seeks to carry on her parents’ work—and uplift her mother, whom she hopes will be remembered for her own work to preserve MLK’s legacy.

As others search for purpose in their own lives and work, King advises them to be authentic and honest. That applies to businesses, too. “Corporations are part of communities,” she said. “For many years, corporations acted like they were in a silo, separate and apart from the community.”

King thinks most people can benefit from following the advice her mother gave her. “You don’t have to be me, you don’t have to be your father,” Coretta Scott King told a young Bernice. “But whatever you do in this life, be your best self.”

- Court arguments. The Supreme Court heard arguments for a case involving a Colorado web designer who wants to refuse to create websites celebrating same-sex marriages. The conservative justices seemed poised to side with the web designer, who cited her Christianity as the reason she wouldn't design sites for LGBTQ couples. New York Times

- Ask for more. New transparency laws have given workers access to how much they make compared to their coworkers. Women asking for raises post-transparency should approach the conversation directly and come equipped with data. Wall Street Journal

- Off the air. Thanks to Donald Trump’s 2024 run, daughter-in-law Laura Trump will no longer serve as a paid Fox News contributor. The network will not employ people running for office or tied to those running for office, a rule that previously only applied to candidates themselves. Intelligencer

- City trip. State abortion bans have forced more patients to travel to New York to receive care. New York providers performed 12% more abortions between April and August this year, per the Society of Family Planning. One group that helps fund travel for abortions saw a 60% rise in patients traveling to New York from out of state. The Cut

- Murder trial. The murder trial for the fatal shooting of Atatiana Jefferson in 2019 began Monday. Prosecutors are arguing that former Fort Worth police officer Aaron Dean did not see Jefferson, a Black woman, holding a gun before shooting and killing her in 2019. The defense for Dean, who is white, says he saw a silhouette with a green laser pointed at him and saw a gun after. CNN

Why is Marjorie Taylor Greene like this? The Atlantic

What is social media doing to our concept of pregnancy? Vogue

Influencers with tribal marks share the beauty of their scars Refinery29

“[When] I was like, ‘I don’t know if what we’re making is that good,'…in hindsight, that’s my favorite stuff.”

—Caroline Polacheck on recording her upcoming album, Desire, I Want to Turn Into You, while on tour with Dua Lipa.