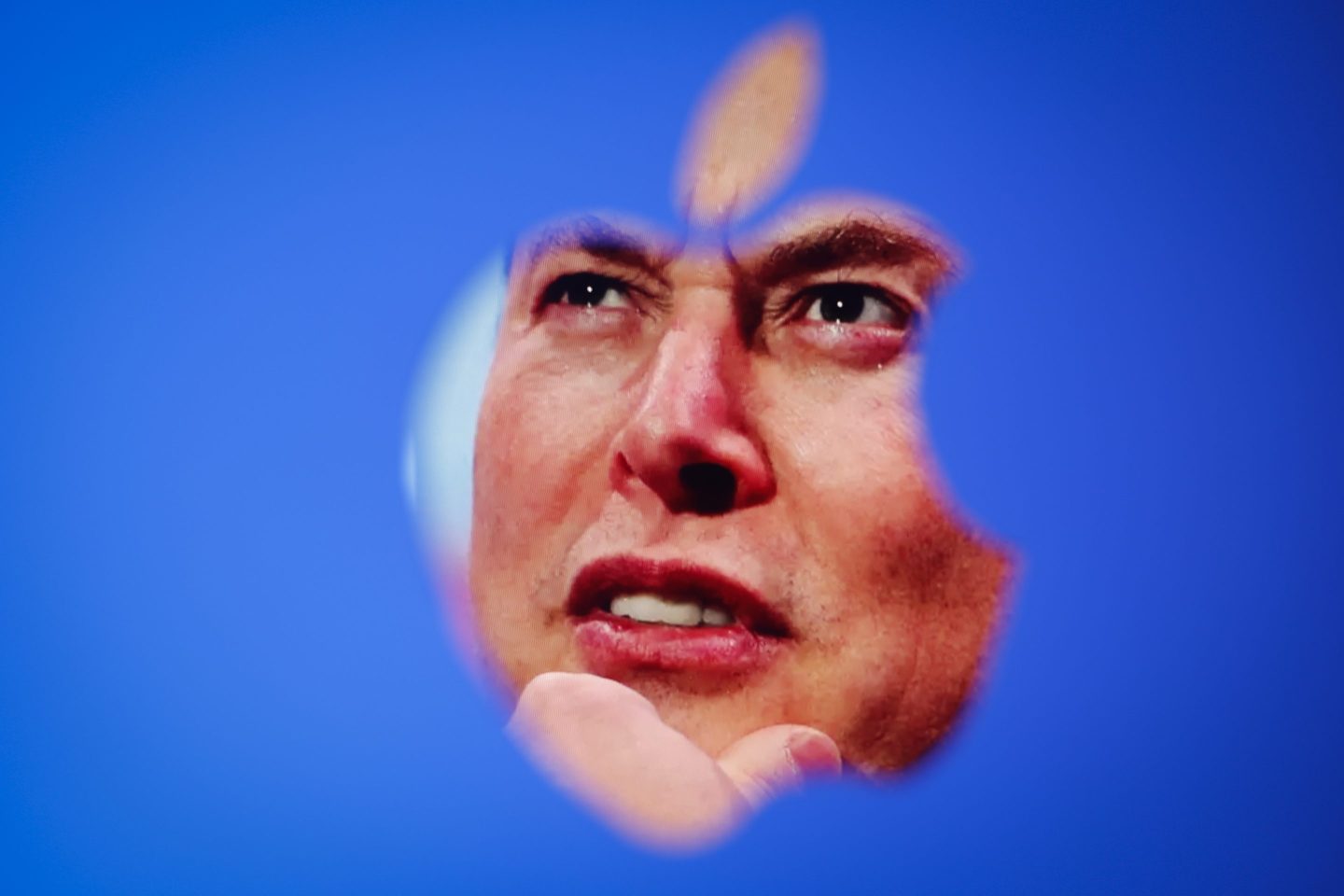 Elon Musk is patching things up with Apple.
STR/NurPhoto via Getty Images

Musk made the comments during a Twitter Spaces conversation on Saturday, adding that Apple is the largest advertiser on the social media network. The billionaire, who didn’t elaborate further on Apple, spoke for more than two hours from his private plane during the chat, which had more than 90,000 listeners.

Amazon.com Inc. is also planning to resume advertising on Twitter, Platformer News reported in a tweet, without saying where it got the information.

Apple and Amazon didn’t immediately respond to requests for comment, both sent outside normal working hours.

Musk tries patching things up with Apple, other advertisers

Musk blasted Apple last week, saying the maker of iPhones and Mac computers had mostly stopped advertising on Twitter and had threatened to withhold the site from its App Store. In taking aim at Apple, Musk risked a war with the world’s most valuable company and a top advertiser at a time when other companies were pulling their advertising from Twitter.

Musk subsequently met with Apple Chief Executive Officer Tim Cook and said the two had a “good conversation” and “resolved the misunderstanding about Twitter potentially being removed from the App Store.” Musk said Cook was “clear that Apple never considered doing so.”

Since Musk’s takeover, a string of companies have suspended advertising on Twitter, including General Mills Inc. and Pfizer Inc. On Saturday, Musk posted a tweet thanking advertisers for returning to Twitter.

Twitter’s new approach for verifying accounts had also allowed trolls to impersonate major brands. Musk said that he hopes to revive the company’s verification program in the next week after it had been paused to deal with imposers.

—With assistance from Mark Gurman