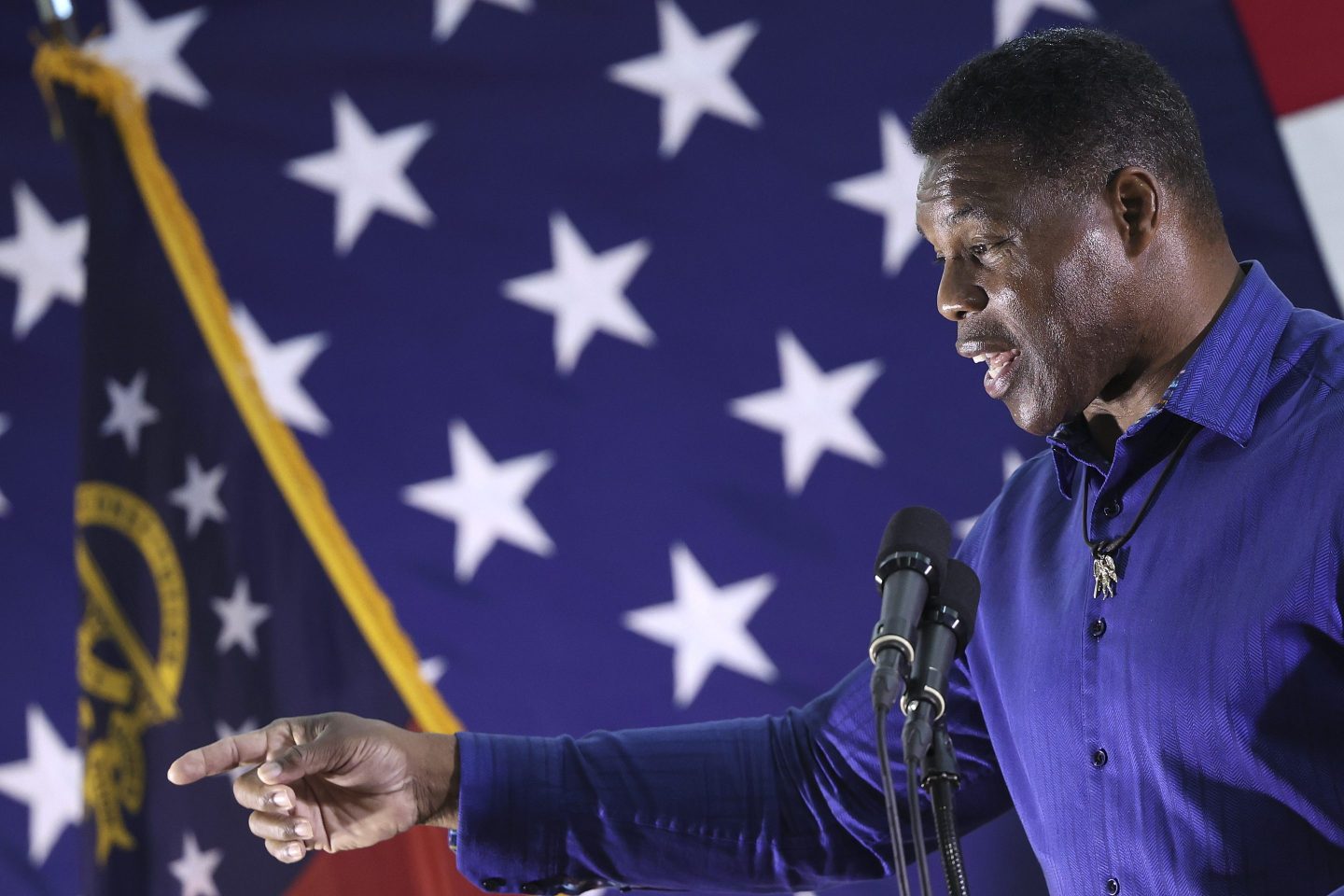 The Georgia runoff election between Herschel Walker (above) and Raphael Warnock has meant a windfall in political ad spending for local TV stations.
Win McNamee—Getty Images

It’s safe to say TV viewers in Georgia are tired of political ads—and thanks to their state’s runoff elections, they’ve seen more than usual.

Local stations aren’t complaining about the windfall. One them, ABC affiliate WSB-TV, leads the nation in political advertising this year with $86 million so far. The figure jumps to nearly $232 million when taking in the period from Jan. 1, 2020 through Nov. 28 of this year, according to ad tracker AdImpact.

During that period, Georgia held several key Senate elections that went to runoffs. Under Georgia law, if no candidate gets more than 50% of the vote on Nov. 8, the Senate race will go to a runoff.

The current Senate runoff, between Democrat Raphael Warnock and Republican Herschel Walker, will be decided when voters go the polls on Tuesday. (Polls show Warnock in front, with a substantial lead in ad spending as well.) In January of last year, two other races were decided in Georgia runoffs, with wins by Warnock and Jon Ossoff giving Democrats control of the Senate.

The Senate elections were high-profile enough on their own, but the runoffs have meant an even bigger windfall for TV stations.

“Not only did they have multiple competitive races, but then they got a whole extra bite at the apple” political analyst Ken Goldstein told the Wall Street Journal, which reported Saturday on the AdImpact numbers.

Adding to the windfall this year was a high-profile governor’s race between Republican Gov. Brian Kemp and Democrat Stacey Abrams. While Kemp won easily, Abrams lured major funding, which went into TV advertising.

It’s been a good stretch not only for WSB-TV, owned by Cox Media Group, but other area stations as well. Three Atlanta stations were among the top five nationally for political spending between Jan. 1, 2020 through Nov. 28 of this year, according to AdImpact.

Nationwide, about $8.9 billion has been spent so far this year on local, state, and federal elections. The final amount could eclipse the $9 billion spent in the 2020 president cycle, according to AdImpact, thanks to the Georgia runoff burst.

That burst has seen $79 million deployed to buy airtime during the four-week runoff period, according to an NPR analysis of AdImpact data published this week.

But for many voters in Georgia, the advertising makes little difference. As one told the Journal, “None of the advertising is changing anything. It is a waste of money. It is just noise.”