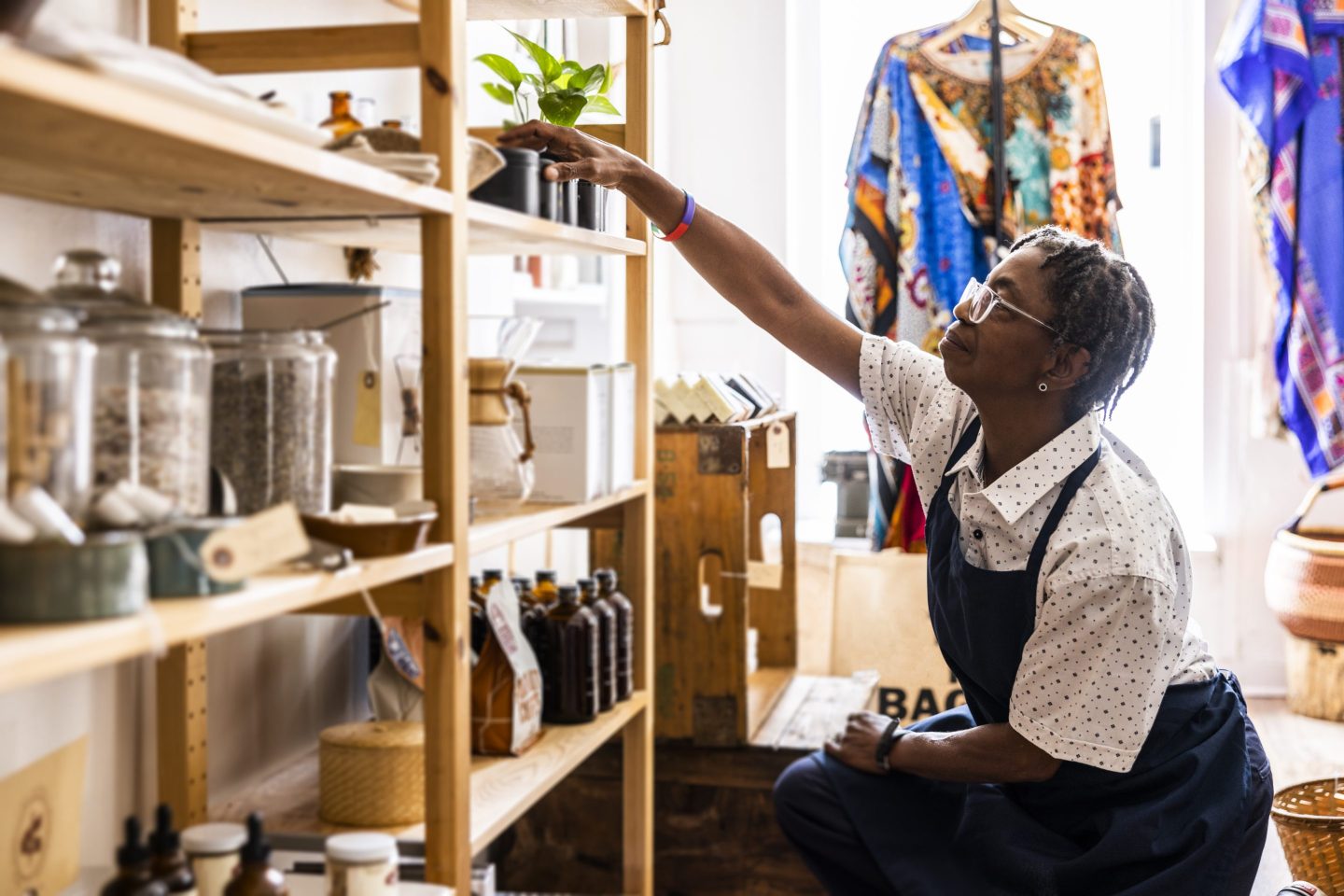 These days, you’re likely to see fewer older Americans handing over your fast food order or working part-time at the local grocery store.

Those missing workers are not just causing the “help wanted” signs to linger, but are actually making it harder to tame sky-high inflation levels.

The number of older Americans over the age of 65 is not only growing and hitting their retirement age, they’re also not coming back to the workforce in the numbers seen prior to the COVID-19 pandemic. That has major implications—not only for issues like worker shortages and compensation and employee leverage, but also for current and future inflation levels, according to a recent BlackRock report.

From 1995 to February 2020, the labor force participation rate among those over age 65 had actually been growing, Diane Swonk, chief economist for KPMG, tells Fortune. But when the pandemic hit, their participation rate dropped owing to a variety of reasons—including that this demographic was more vulnerable to the virus, Swonk says.

Although the labor force participation rate has recovered from the nosedive it took early in the COVID-19 pandemic, there’s still a lingering shortfall of workers. And a good portion of that stems from older workers not returning to the workforce. Routine retirements have taken 1.3 million Americans (age 64 and older) out of the workforce as of October 2022, BlackRock reports. Another 630,000 have left because of early retirement.

The current labor force participation rate gap is mostly the result of “excess retirements,” or exits above and beyond what would have been expected from aging alone, Fed Chair Jay Powell noted during an appearance on Wednesday. Those excess retirements are estimated to account for more than 2 million of the 3.5 million–person shortfall in the labor force.

“Older workers are still retiring at higher rates, and retirees do not appear to be returning to the labor force in sufficient numbers to meaningfully reduce the total number of excess retirees,” Powell said.

That perhaps wouldn’t be an issue, except for the fact that there aren’t enough younger workers to fully replace the sheer number of baby boomers who are retiring and permanently exiting the workforce, Swonk says.

“You really have this sort of collision of events of aging demographics that has been accelerated by the pandemic further undermining our ability to grow the prime-age labor force,” Swonk says. “Without major reforms, we’re just not going to be able to fill the hole that was left by those shifts.”

That shortfall makes for a tighter workforce where employers have been upping wages to attract and retain the employees they need, as well as simply forgoing the desired staffing levels. And the Federal Reserve’s interest rate hikes alone are unlikely to cure constraints like labor shortages, BlackRock’s analysts predict.

“An aging population will hurt the U.S. economy’s ability to grow without creating inflation longer term,” the analysts write. “Economic activity will need to run at a lower level to avoid persistent wage and price inflation, especially in the labor-heavy services sector.”

While the Fed reported early in the pandemic that supply-chain issues and pandemic-related conditions—not wages—were contributing to rising prices, that has shifted as inflation has persisted, Powell said Wednesday. “Over time though, inflation has now spread broadly through the economy. And while I would still say that the inflation we’re seeing now is not principally related to wages, we think that wage increases are probably going to be a very important part of the story going forward.”

There are additional costs tied to aging baby boomers, including cost of living adjustments like the one Social Security is set to implement next year. Essentially, over 66 million people are going to get an 8.7% raise, Swonk notes. “It ups the ante on the Fed at a time when they’re already challenged,” she says, adding that this likely translates to a pretty significant boost to demand when the Fed is trying to cool it.

Unfortunately, there aren’t a lot of easy or short-term solutions that address the demographic challenges to the labor force participation rate. The biggest game-changing solution is immigration reform, but there’s been little appetite at the federal level to overhaul U.S. immigration policy to provide more workers. Legal immigration fell off a cliff in 2020 and 2021, and while it’s picking up again, it’s still not enough.

“From the geopolitical tensions we face to climate change to extreme weather events to the aging demographics and harsher borders—all of that makes for a more inflation-prone world even after [the Fed] slays this one inflation dragon. Which means we’re moving not back to the subdued, tepid, trying-to-recover-from-a-financial-crisis world that we were in during the 2010s, but to a much more boom-bust cycle punctuated by inflation and interest rate hikes,” Swonk says.