Biden on inflation coming down: ‘It’s going to take time’ 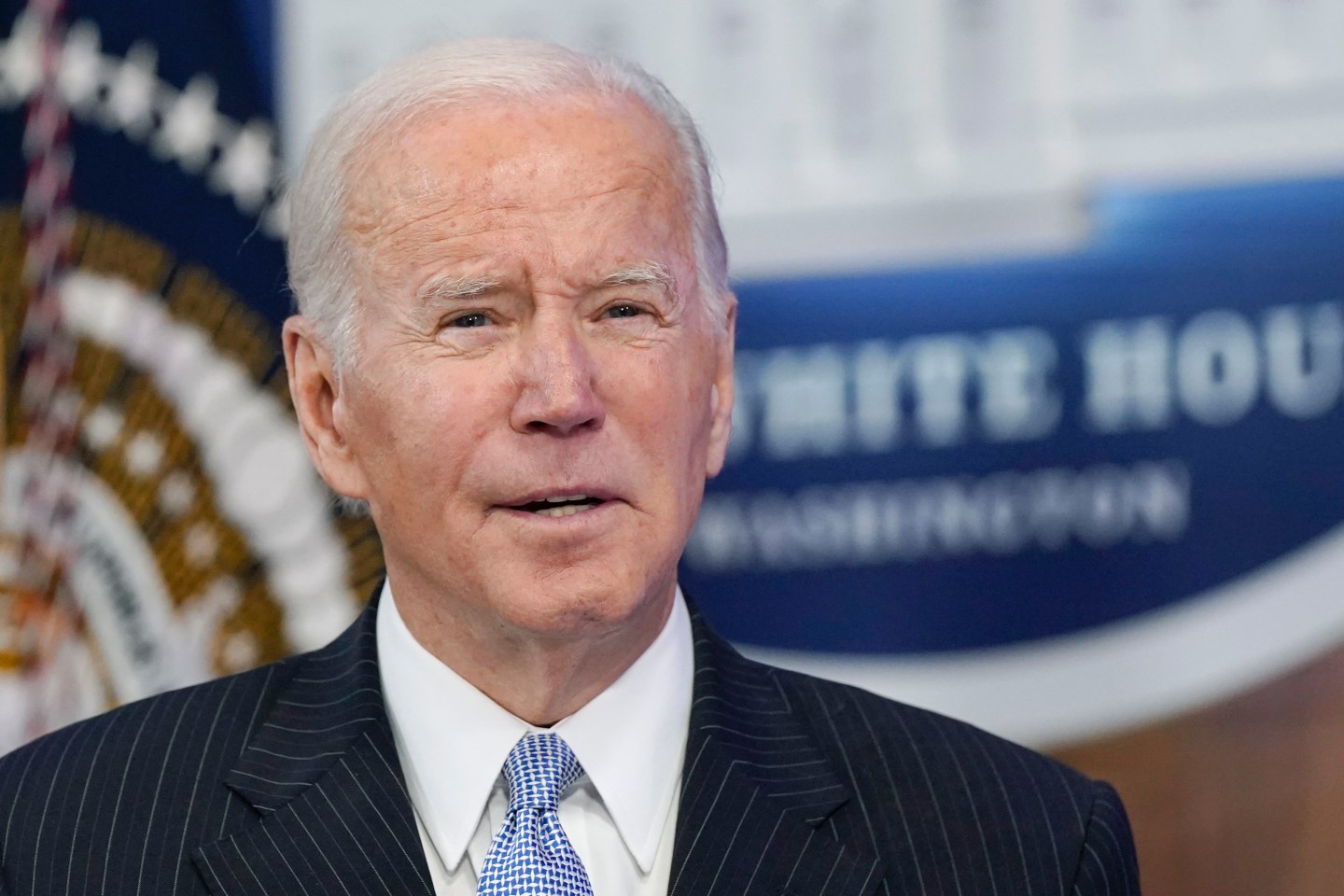 President Joe Biden speaks as he meets with business and labor leaders on Friday, Nov. 18, 2022, in the South Court Auditorium on the White House campus in Washington.
AP Photo/Manuel Balce Ceneta

President Joe Biden cautioned on Friday that “it’s going to take time” for inflation to recede, but he offered fresh assurance that legislation he signed earlier this year will soon help limit costs for health care and energy.

He made the remarks while meeting with business and labor leaders in his first public event since returning from an around-the-world trip to Egypt, Cambodia and Indonesia.

Biden has been encouraged by the Democrats’ stronger-than-expected performance in the midterm elections, but he could be entering a perilous stretch when it comes to the economy.

The White House has emphasized a strong jobs market to try to allay concerns about a potential recession. However, the Federal Reserve continues to try to slow economic growth by raising interest rates to battle inflation.

It’s a delicate situation that Biden will be navigating amid turnover in his economic team. Cecilia Rouse, a labor economist who became the first Black woman to lead the Council of Economic Advisers, will leave the administration in the spring, according to a White House official.

She is expected to return to Princeton University, where she has been on academic leave. The official was not authorized to publicly discuss personnel changes and spoke on the condition of anonymity.

The pending departure comes as Biden’s term reaches its halfway point, often a time of transition for a presidential administration.

The official said there was no timeline for Deese to leave.

Another key member of Biden’s economic team, Treasury Secretary Janet Yellen, has said she wants to remain in the administration.

“I plan to stay,” she told MSNBC last month. “I am very excited about the president’s economic program. There is a lot to implement.”

There was additional turnover in the Biden administration earlier this month when Chris Magnus, head of U.S. Customs and Border Protection, was forced out of his job.

Immigration authorities have struggled to manage the flow of migrants toward the United States’ border with Mexico, a frequent point of criticism from Republicans.

At Friday’s event, Biden said his trip overseas showed “the United States is as well or better positioned as any nation in the world to lead the world on the economy in the years ahead.”

He conceded that “it’s going to take time to get inflation back down to normal levels.”

However, he said that “in six short weeks, Americans are going to start to feel the effects of the Inflation Reduction Act,” the massive legislation that he signed in August.

He said the law’s provision to limit to $35 the cost of insulin for seniors on Medicare begins on Jan. 1.

The focus on the economy could serve as a contrast to Republicans’ agenda in the House, where they just won a narrow majority and have planned sweeping investigations into the president, his family and his administration.